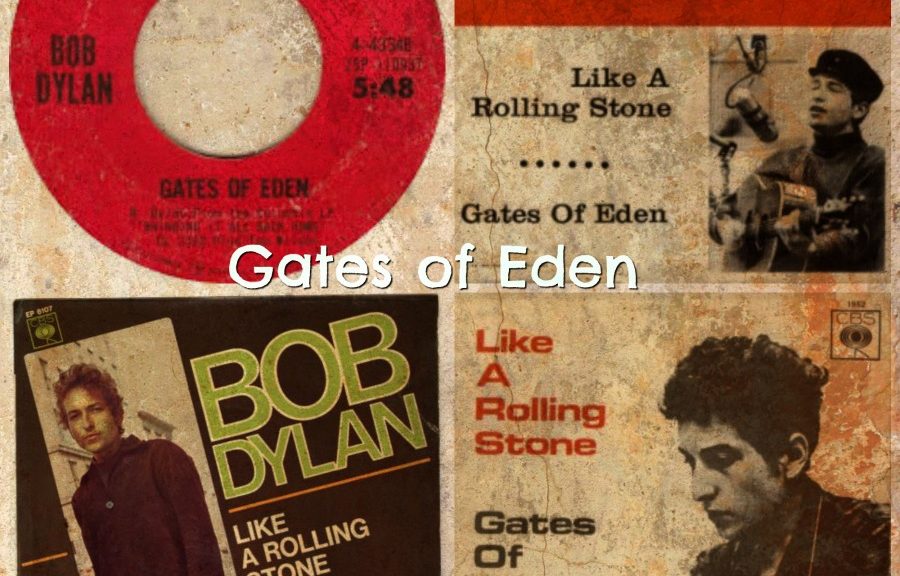 ..Only at the start of the Never Ending Tour, partnering an equally electric “My Back Pages” with an arrange- ment of heart-stopping intensity, would “Gates of Eden” come back into its own. Disappointingly, this dramatic reinterpretation was dropped after just a handful of performances. Thankfully, in the spring of 1995, it returned to join “Mr. Tambourine Man” and “It’s All Over Now, Baby Blue” in laser-precise acoustic sets that acted as a crash course in the compositional quantum leap achieved three decades prior.
-Clinton Heylin (Revolution in the Air: The Songs of Bob Dylan, 1957-1973