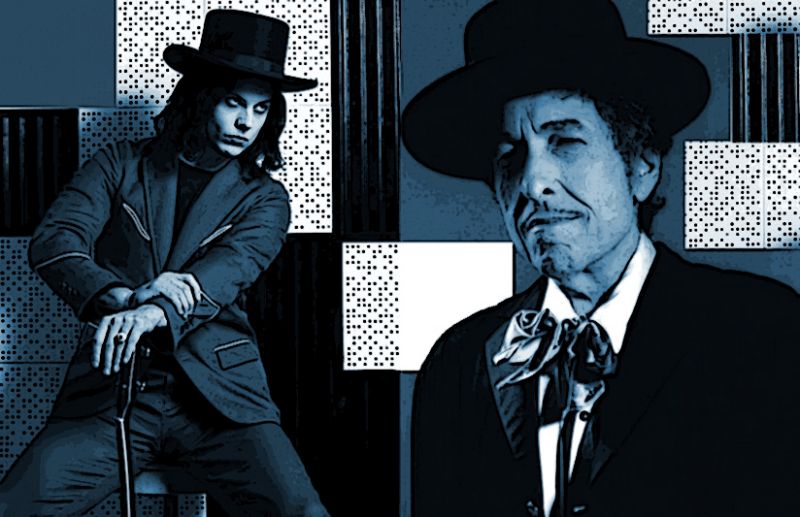 Jack came on stage to do some very special songs. Meet me in the morning, One more cup of coffee and Outlaw blues From Bobsboots: This is the only BOTT song that Dylan has never performed live. Jack does an incredible version, and plays and sings superbly… but the bad news is that Dylan contributes little to the song. I’m not even sure that his guitar is turned on, so this is a mixed blessing at best. 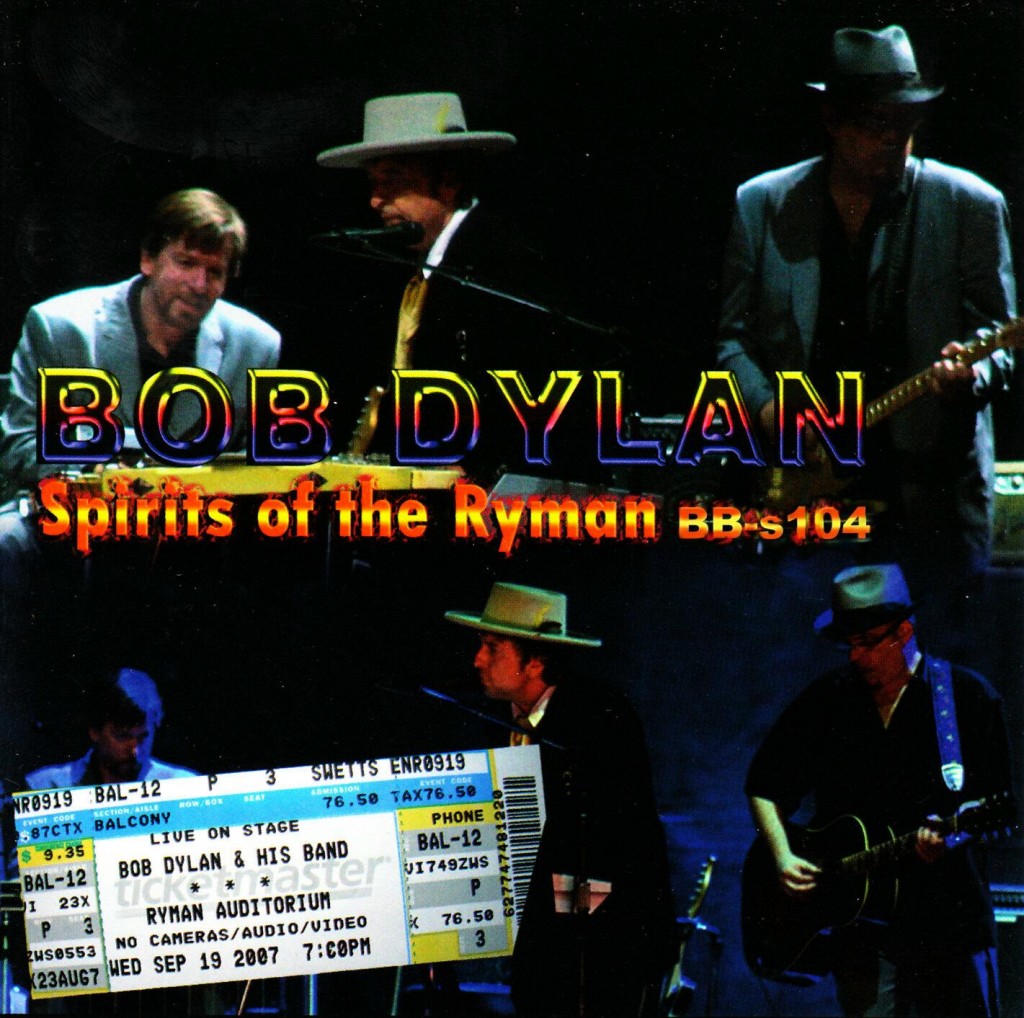 I cannot believe that Dylan turned his guitar off, I’ve read a review of the concert that says: Bob on electric guitar and vocals, so I’d rather believe that, and it is a great performance!

Bob Dylan have also played The White Stripes on his radio show (Seven Nation Army) and The Raconteurs have been the opening act on a leg of his never-ending tour.

One More Cup of Coffee – The White Stripes:

Jack White told The Observer about Dylan’s need for privacy in 2004:  I guess I like that about him. It seems like everybody today is so available – ready, willing and available for anything, and will go on and be part of a reality show at the drop of a hat. It seems like nobody has any sort of dignity any more. Dylan was trying to maintain his dignity, and a lot of people from an era earlier than maybe 40 or 50 years, it was easier to maintain that dignity.

White headed back downstairs, stepping over a blue plastic wagon, and out to the backyard to a yellow-and-black brick building with a sign on the wall that read, “It Pays to Upholster.” “This is my workshop,” he said. There were brown burlap sacks draped over some chairs, and sewing and woodworking equipment scattered on the floor. There were also some tools for welding, which White said he was getting into through his friend Bob Dylan. “I’d never done it before, and he’d been doing it for a while, so he kind of gave me the lowdown,” he said. One day the two of them were sitting on White’s front porch, just enjoying the view, when Dylan turned to him and said, “You know, Jack — I could do something about that gate.” “That would be pretty cool,” White said, laughing. “I don’t know what kind of discount I’m going to get.” (originally in The New York Times)

Jack White also contributed on Dylan’s Hank Williams project: “I did a project with Bob Dylan: he put together twenty or twenty-five people to finish writing Hank Williams songs that only had lyrics and didn’t have music – it was the opposite of this project. I did this a year beforehand – I had to write music for Hank Williams’ lyrics” – Jack White

Wanda Jackson and Jack White – Thunder on the mountain:

With his earliest live act he performed the songs from Bob Dylan’s self-titled 1962 debut – in their original order – at coffee shops around Detroit. I will also include Ugly as I seem and although it is not a cover and not a straight forward reference, i believe this is a very clear melodic nod in the direction of Bob Dylan’s I Believe in You: