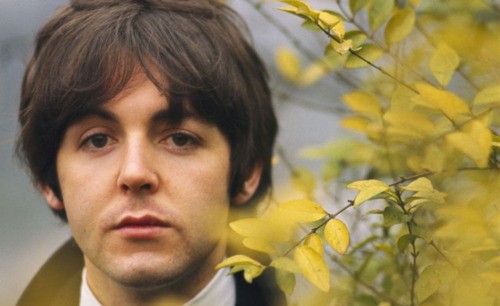 Back Seat Of My Car, McCartney first presented this composition for The Beatles’ consideration during the Get Back rehearsals on 14 January 1969 at Twickenham Film Studios in London, but the album was aborted before anything could be done with the song, which eventually did not make it onto Let It Be either.

According to McCartney, this song and other car-based songs in his late-Beatles and early solo career, such as “Two of Us” and “Helen Wheels,” were inspired by the long road trips he and Linda used to take as the Beatles were breaking up:

Uncle Albert/Admiral Halsey is composed of several unfinished song fragments that McCartney stitched together similar to the medley from the Beatles’ album Abbey Road:

Teddy Boy was written by McCartney during the Beatles’ stay in India, and originally recorded during the 1969 sessions for what would become The Beatles’ Let It Be album. Several versions exist, all of which are acoustic, some of them including electric guitar by George Harrison or improvised harmony vocals by McCartney and John Lennon.

According to Paul McCartney in the documentary Wingspan, he wrote this song for the Beatles’ Let It Be sessions, but due to tension in the group at the time nobody had the patience to work with it. Still, the Beatles recorded the song 6 times in January 1969, at their Apple Studios in London. A composite version made of two of these recordings was released in 1996 on the Anthology 3 album:

Another Day is a song recorded by Paul McCartney in New York in 1970, during the sessions for his album Ram. Although it was the first single of McCartney’s solo career, “Another Day” was written and previewed during the Beatles’ Let It Be sessions in 1969. It was released on 19 February 1971 in the UK, with “Oh Woman, Oh Why” as the B-side:

Maybe I’m Amazed was written in 1969, just before the Beatles’ break-up. He credited his wife Linda with helping him get through the difficult time. Although most of his debut solo album was recorded at his farm in Scotland, McCartney recorded “Maybe I’m Amazed” entirely in EMI’s Number Two studio in Abbey Road in London, where he was mixing “Every Night”. He played all the instruments: guitars, bass, piano, organ and drums:

Every Night was written by Paul McCartney while he was on holiday in Greece,[1][2] and first released on his McCartney album on April 17, 1970. McCartney premiered it during The Beatles’ Get Back/Let It Be Sessions. The group messed around with the song on 21 and 24 January 1969 (a brief run through and John Lennon on slide guitar; respectively). Odetta did a wonderful cover of it in 1970 by the way:

Band on the run is the title song of Paul McCartney and Wings’ 1973 album Band on the Run. The song was released as a single in 1974, following the success of “Jet”, and became an international chart success. It is a three-part medley and would fit nicely on Sgt. Pepper or Abbey Road:

My Love was written to Linda. The ballad was a number one single and the most successful track from the Paul McCartney and Wings 1973 album Red Rose Speedway. A beautiful, and in my ears, “Beatlesque” ballad:

Let Me Roll It was released on the 1973 album Band on the Run. The song was also released as the B-side to “Jet” in early 1974, and has remained a staple of McCartney’s live concerts since it was first released.
It is very John Lennon-like in style, particularly the riff and the use of tape echo on the vocals. McCartney, however, didn’t intend the song to be a pastiche of Lennon. He did say the vocal “does sound like John… I hadn’t realised I’d sung it like John.” He did Lennon-style songs in The Beatles (Oh Darling, Why Don’t We Do It in the Road?) and after:

Coming Up and performed by Paul McCartney. It is the opening track on his second solo album McCartney II, which was released in 1980. John Lennon really liked this tune:

Calico Skies is the sixth song on Paul McCartney’s 1997 album, Flaming Pie.
McCartney had stayed in Long Island when the category-three storm Hurricane Bob that made landfall had hit in August 1991. This made McCartney sit with an acoustic guitar and write what he describes as “a gentle love song that becomes a 1960s protest song”. The song was co-produced by George Martin and McCartney, being started, finished, and mixed within a single session on 3 September 1992 in Sussex, England:

Mrs. Vandebilt from the album Band on the Run. Like one of those fun songs that The Beatles sometimes knocked out. McCartney had not played the song live until a free concert on 14 June 2008 in Kiev, Ukraine, on account of it receiving the most requests in a web poll, let’s see that version:

Somedays from Flaming Pie. In Flaming Pie’s liner notes, McCartney said: “[The Beatles Anthology] reminded me of The Beatles’ standards and the standards that we reached with the songs. So in a way it was a refresher course that set the framework for this album.” It’s heritage is very recognisable:

Bluebird is a song originally released on the Paul McCartney and Wings’ album Band on the Run. According to author John Blaney, it was written during a vacation in Jamaica. However, author Vincent Benitz claims the song was written as early as 1970 or 1971, noting that Paul and Linda sang the song during a live interview in New York City in 1971. Authors Roy Carr and Tony Tyler noted that McCartney’s “lightweight touch…works superbly on ‘Bluebird’ (which recalls “Blackbird” from The White Album).” ..and they’re right:

Souvenir is another song from the very “Beatlesque”, Flaming Pie album. The title Flaming Pie is a reference to a humorous story John Lennon told in a story in Mersey Beat in 1961 on the origin of the Beatles’ name: “It came in a vision – a man appeared on a flaming pie and said unto them, ‘from this day on you are Beatles with an A.’ “. Great song:

This One is a single from Paul McCartney’s 1989 album, Flowers in the Dirt. The song and the video seems like a nod to The Beatles’s and especially George Harrison’s commitment to eastern philosophy and religion. He even wears “Lennon-glasses” in the video:

Jenny Wren is a song from the 2005 album Chaos and Creation in the Backyard. It was also issued as the second single from the album in the United Kingdom 21 November 2005. McCartney wrote the tune in the same sort of finger picking style found in “Blackbird”, “Mother Nature’s Son” (The Beatles) and “Calico Skies” (Flaming Pie). The song earned a nomination for the 2007 Grammy Award for Best Male Pop Vocal Performance category:

Let ’em in is a song by Wings from their 1976 album Wings at the Speed of Sound. The song starts with the sound of a doorbell, chiming the first eight notes from the Westminster Quarters, before the rhythm begins. The lyric name-checks several famous people as well as McCartney’s paternal aunt Gin and his brother Michael. Phil and Don Everly (known as the Everly Brothers) are named along with Martin Luther. Uncle Ernie is named; this was the character Ringo Starr sang in the London Symphony Orchestra’s recording of the Who’s Tommy. “Let ‘Em In” is noted for the false fade out, which, however, becomes loud for the last two notes of the song as it ends.:

Too Much Rain is the seventh track on his 2005 album Chaos and Creation in the Backyard. The song was recorded at George Martin’s Air Studios in central London with producer Nigel Godrich. Just a very good song:

Wanderlust is one of my favourite McCartney songs. It is from Tug of War, the third solo studio album by Paul McCartney, released in April 1982. It was McCartney’s first album released after the dissolution of Wings in April 1981. George Martin and Ringo Starr contributed on the record, and both are present in the video: