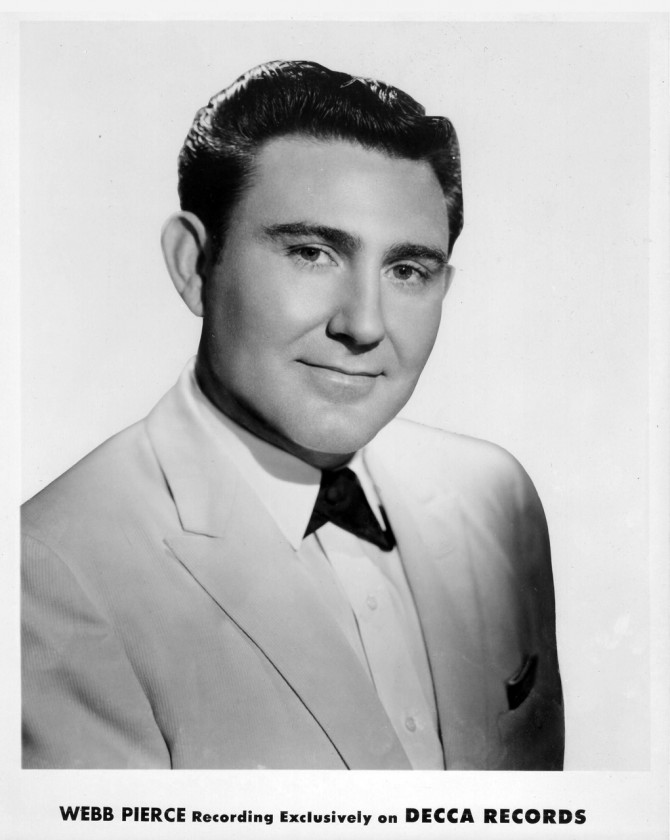 Webb Pierce was one of the most popular honky tonk vocalists of the ’50s, racking up more number one hits than similar artists like Hank Williams, Eddy Arnold, Lefty Frizzell, and Ernest Tubb. For most of the general public, Pierce — with his lavish, flamboyant Nudie suits — became the most recognizable face of country music..
~Stephen Thomas Erlewine (allmusic.com)

There stands the glass:

Webb Michael Pierce (August 8, 1921 – February 24, 1991) was one of the most popular American honky tonk vocalists of the 1950s, charting more number one hits than any other country artist during the decade.

For many, Pierce, with his flamboyant Nudie suits and twin silver dollar-lined convertibles, became the most recognizable face of country music of the era and its excesses.[1] Pierce was a one-time member of the Grand Ole Opry and was posthumously inducted into the Country Music Hall of Fame. A tribute in his honor (produced by singer/songwriter Gail Davies) was released in 2001 entitled Caught In The Webb – A Tribute To Country Legend Webb Pierce. 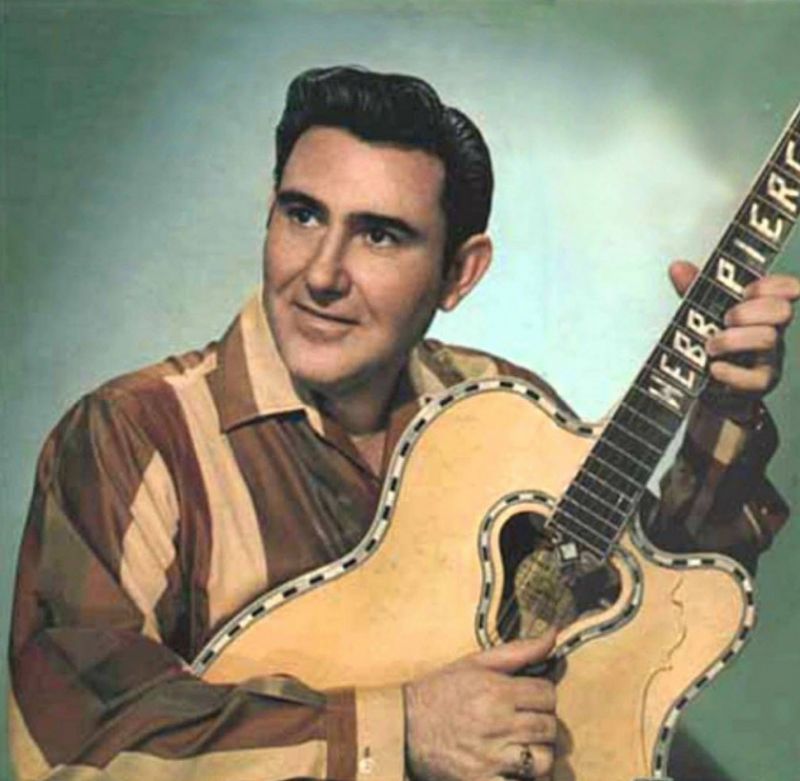