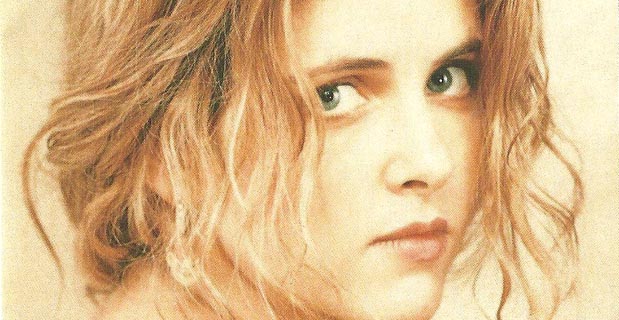 When she was 19, she wrote Feargal Sharkey’s 1985 UK number one hit “A Good Heart”, a song she has since recorded herself and released on her album Late December. Sharkey would later go on to also cover “To Miss Someone” from McKee’s self-titled solo debut, on his third solo album “Songs From The Mardi Gras”. In 1987 she was featured in the Robbie Robertson video “Somewhere Down the Crazy River”, (directed by Martin Scorsese) and contributed back-up vocals to his debut solo album, which included the song. She released her first solo, self-titled album in 1989.

She has done a couple of Bob Dylan songs with Lone Justice and solo.

It was released on the EP-single Sweet Sweet Baby.

“That came about through Carole Childs, who was the woman who originally signed me to Geffen Records. She was very close to Dylan – very, very close – and she brought him to a gig or something. A long time ago. She said, “Why don’t you write Maria a song?” He said, “OK.” How she talked him into it I don’t know but he did it. and – and it was real cool. He came down to the studio when we were recording our first album and taught us the song. and he stayed around. He brought RON WOOD with him and they played on it, and we ended up hanging out “til like two in the morning in the studio… We ended up working on it a very long time because he didn’t like the way that I sang it – until I sang it like him! It got to the point where finally I just did my best Bob Dylan imitation – and he said, “Ah, now you”re doin” some real singing!” That’s exactly what he said: “Now you”re doin”
some real singing.””
– Maria McKee (1987) 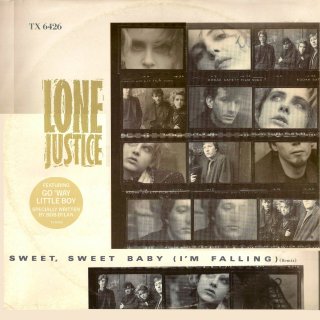 “Have you ever worked with Dylan?

Marvin Etzioni (bass, Lone Justice): Yeah. I got to record with him during Lone Justice. He wrote a song for the group called “Go Away Little Boy.” It was really a memorable day. It was Dylan, Ron Wood from the Stones on lead, and Heffington from Justice. Benmont Tench was on organ and piano, and then I was on bass. I was literally five feet away from him, just watching his hands. Because he doesn’t tell you what the chords are – no discussion about anything. As soon as you set up and you’re plugged in, you’re pushing record, and you’re on. And that’s what we did. It was great.

I ran into him a couple of times since then. It’s always nice running into him and talking about stuff.”
– Songfacts (2013)

It is rumoured that Lone Justice also recorded Clean-Cut Kid from Empire Burlesque at this session, accompanied by Bob, but that performance remains unreleased.