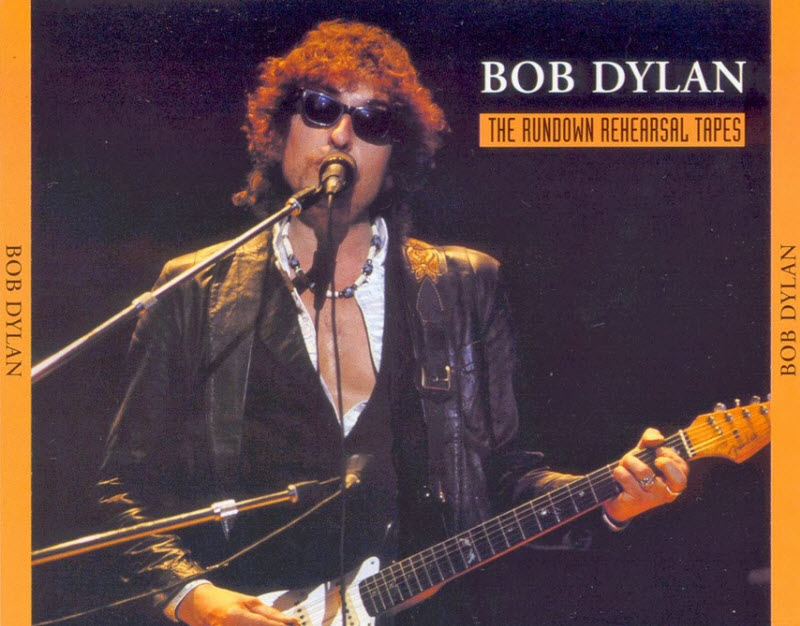 During the winter months of 1978, Bob Dylan conducted rehearsals for his upcoming 115-date world tour in downtown Santa Monica’s aptly named Rundown Studios. Captured for posterity by engineers Arthur Rosato and Joel Bernstein, the Rundown tapes represent a remarkably panoramic window into Dylan’s creative process as he reinvents his classic songs via improvised lyrics and arrangements that gradually transform the raw, fiery melodies into larger-than-life pop fantasias seemingly earmarked for the casino ballrooms of Las Vegas. The four-CD bootleg box set The Rundown Rehearsal Tapes is an embarrassment of riches for the serious Dylan enthusiast, encompassing virtually every landmark in his storied songbook as well as some new compositions and a handful of traditional blues standards that never made it past the rehearsal stage.
~Jason Ankeny (read more over @ allmusic.com)

The info about the different disc’s is from the Sleeve info (edited by bobsboots.com)

The first CD opens with an arrangement of Like A Rolling Stone that’s quite different from the one utilized on the tour itself, before introducing a first ever CD transfer of the complete December 30th 1977 tape. This particular rehearsal comes at a time when the touring band was still in a state of flux, with Denny Siewell on drums, Jesse Ed Davis on guitar and Katie Segal and Debbie Dye Gibson on backing vocals. It also features Dylan figuring out a piano arrangement of It’s all over now baby blue, as well as versions of three songs that failed to appear on the tour; Most likely you go your way, Leopard skin pill box hat and If not for you. Though this is a first generation digital transfer of the cassette master, this is one recording not from the mixing console, but recorded by one of the musicians with a boom box. (hence the slightly recessed vocals). However, it remains a fascinating insight into the embryonic stage of rehearsals at this point.
Tracks 15-17 on the first CD gain come from a first-gen digital transfer of a tape that has generally only circulated in mediocre quality, from high generational recordings. This session featured a different drummer, (Bruce Gary), as well as a unique 1978 arrangement of the Blood On The Tracks classic You’re Gonna Make Me Lonesome When You Go. Finally, the CD concludes with a teaser of the goodies to be found on CD2… a previously uncirculated take of the old blues standard My Babe. 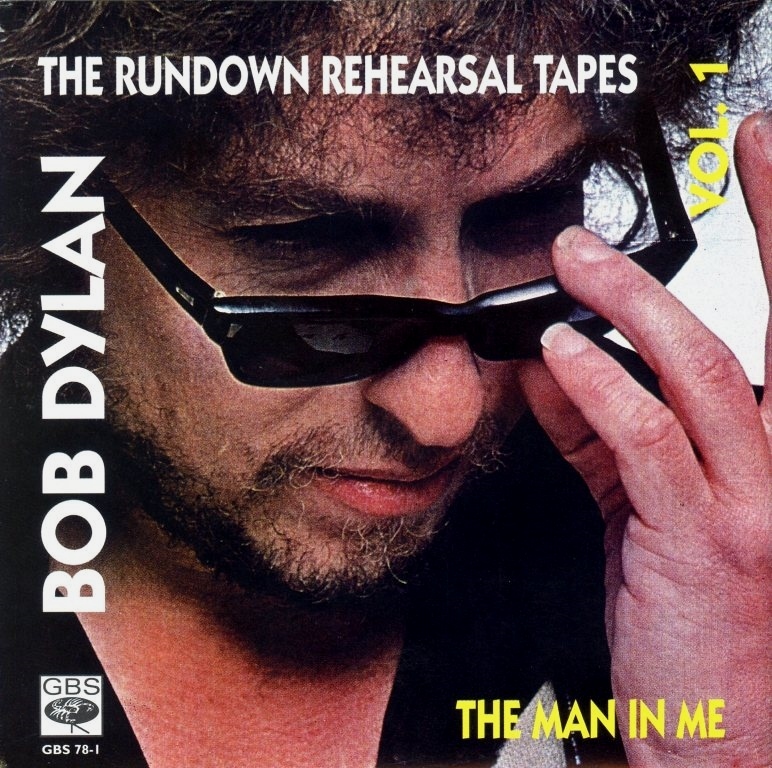 The second CD continues in the same vein, and features a full disc worth of uncirculated gems (save for versions of  Blowin In The Wind and Ballad Of A Thin Man previewed on the legendary Genuine Bootleg Series: Third One Now set.  Every song is presented complete, with false starts kept to a minimum, and a number of outstanding arrangements from the early 1978 shows are first realized here (notably I Threw It All Away, The Man In Me and If You See Her Say Hello. The latter is a  magnificent arrangement that, thankfully, is represented in three separate guises on this collection (given the paucity of actual live performances)… it never made it past the first four gigs!!). These recordings feature the backing vocalists Helena Springs and Jo Ann Harris, although the drummer(s) is unknown. 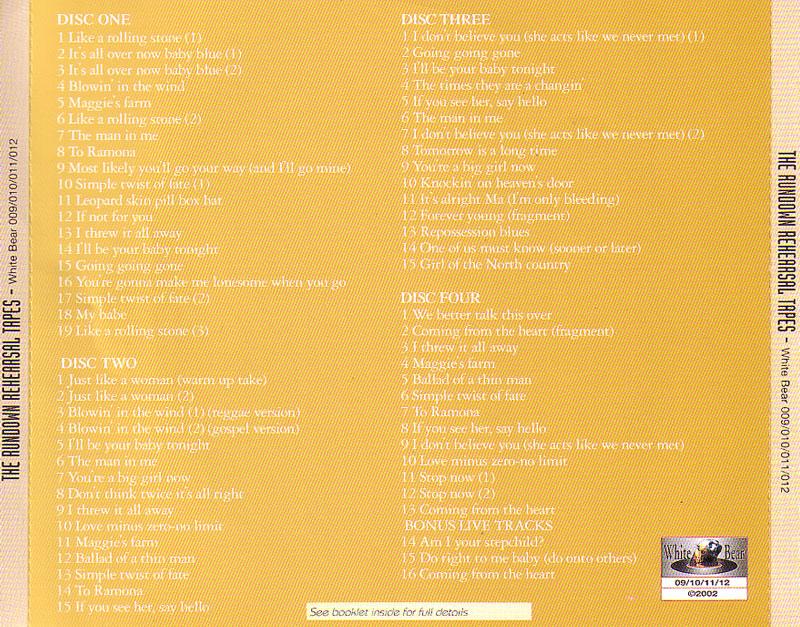 The third CD concludes these new recordings with fully realized versions of I Don’t Believe You and Going Going Gone.  These are followed by what many Dylan fans choose as their favorite Dylan rehearsal recording, bar none… the January 30th 1978 tape. Again, it has been transferred from the master cassette direct to DAT. It has never before sounded this good!  Continuing with some important arrangements discarded early in the tour; Tomorrow Is A Long Time, and Knockin’ On Heavens Door receive their definitive renditions.  A lovely play-through experience which concludes, fittingly, with a new transfer from a first generation cassette of the equally renowned three song tape from two days later that Dylan personally gave to a reporter who was interviewing him for a cover story on Renaldo and Clara. The February 1st rendition of Repossession Blues is another holy grail recording for the bobcat fraternity, here transferred in all of its’ pre-Dolby, original, expansive glory.

The fourth CD jumps ahead to the end of the first leg of the tour, and the recruitment of a new bass player/ bandleader, Jerry Scheff. (of Elvis Presley fame). Scheff replaces a disenchanted Rob Stoner. This so called Scheff Audition tape appears here in a new transfer from a first generation cassette, and features two new Dylan compositions in incomplete but fascinating versions. We’d Better Talk This Over will appear in a matter of days at the Street Legal sessions, but with some subtle lyric changes. Coming From The Heart will have no such luck, despite being the best of the songs co-written with backing singer Helena Springs. However, just to show the song in all of its stages and splendor, at the end of the audition tape is a complete recording from the Rundown made immediately after the Street Legal sessions. Along side it are two distinctly different recordings of the Dylan-Springs unreleased original Stop Now.

The Bonus Tracks rounding out this overview of the Alimony Tour Rehearsals are three notable forms of Dylan originals debuted on the American leg of the tour. Do Right To Me Baby and Coming From The Heart are one-off 1978 debuts. Do Right, would of course, would be the first public performance of  a Slow Train song.  Finally, there is a soundboard recording of Am I Your Stepchild? from the Oakland show.  This particular performance, which is quite different from the version on Genuine Bootleg Series Vol.1, was apparently used for copyright. More Than Flesh And Blood (Written By  Dylan/Springs)  is the final track, but it’s not listed on the package. It’s a studio recording, unknown date (post 1978) and location. Performed By Springs. 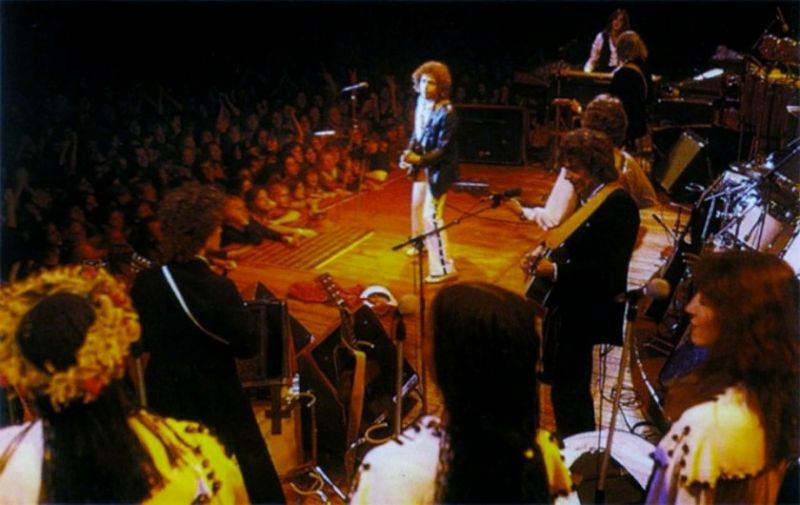