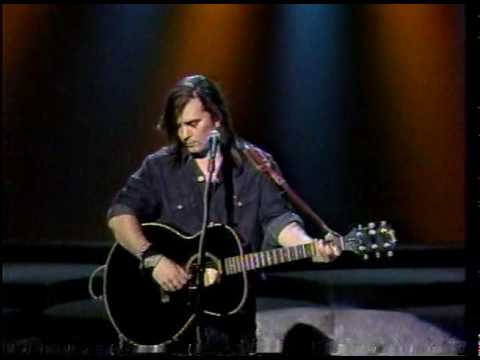 Steve Earle is next out in our series of christmas videos. It’s an incredible song from the album “Copperhead Road”, released in 1988. The background voice was provided by the wonderful Maria McKee on the album version.

In this version it’s just Steve and his guitar:

It shows that our hero Mr. Steve Earle is not always political, he seems to have a little religion in him as well. Maybe it was just the holiday season approaching that inspired him, who knows? A very nice song it is.

Here is the version from the album (with Maria McKee on background vocals):

Nothing But A Child
(Steve Earle)

Once upon a time in a far off land
Wise men saw a sign and set out aross the sand
Songs of praise to sing, they travelled day and night
Precious gifts to bring, guided by the light
They chased a brand new star, ever towards the west
Across the mountains far, but when it came to rest
They scarce believed their eyes, they’d come so many miles
And the miracle they prized was nothing but a child

Now all around the world, in every Iittle town
Everyday is heard a precious little sound
And every mother kind and every father proud
Looks down in awe to find another chance allowed