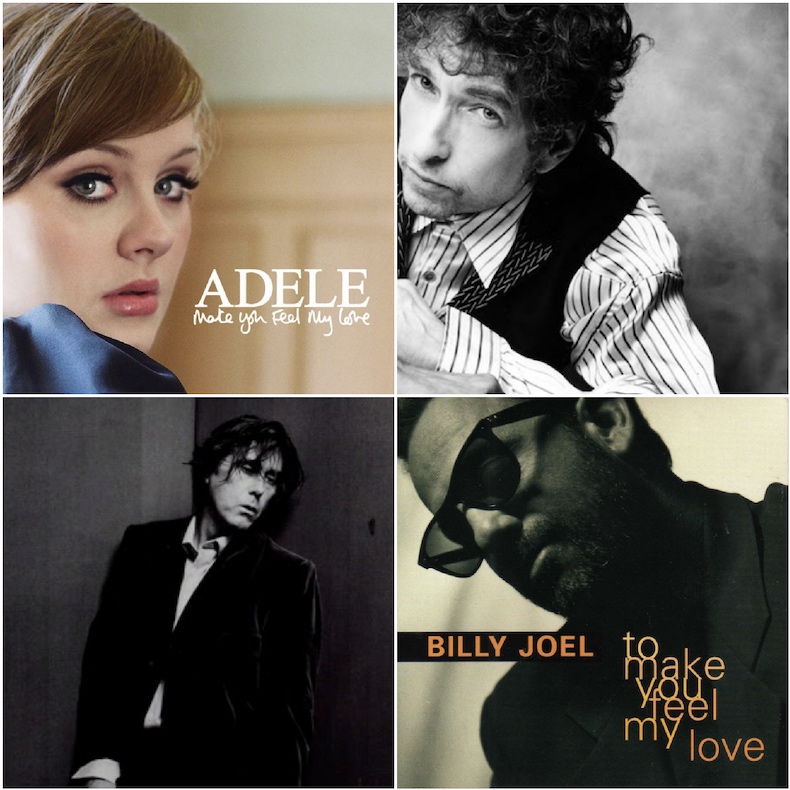 “Make You Feel My Love” is a song written by Bob Dylan from his album Time Out of Mind (1997). It was first released commercially by Billy Joel, under the title “To Make You Feel My Love“, before Dylan’s version appeared later that same year. It has since been covered by numerous performers..

When the evening shadows and the stars appear
And there is no one there to dry your tears
Oh, I hold you for a million years
To make you feel my love

I’d go hungry; I’d go black and blue
And I’d go crawling down the avenue
No, there’s nothing that I wouldn’t do
To make you feel my love

Bob Dylan
Original versions from the album “Time out of Mind”
Released September 30, 1997