When I listen to  “’Cross The Green Mountain,” the feeling of the song goes right into me. The first part of the song sets the scene and the second part read as a soldier’s letter. Bob Dylan’s song is a universal (anti-)war ballad.

The Storyteller describes the scenes as nightmarish, but we quickly understands that he is part of this real-life nightmare, it is not just a dream. I described the music as “rolling along” and it does, but it is more, it kinda mixes “Knockin on heavens door” with a New Orleans funeral march. Dark but respectful. 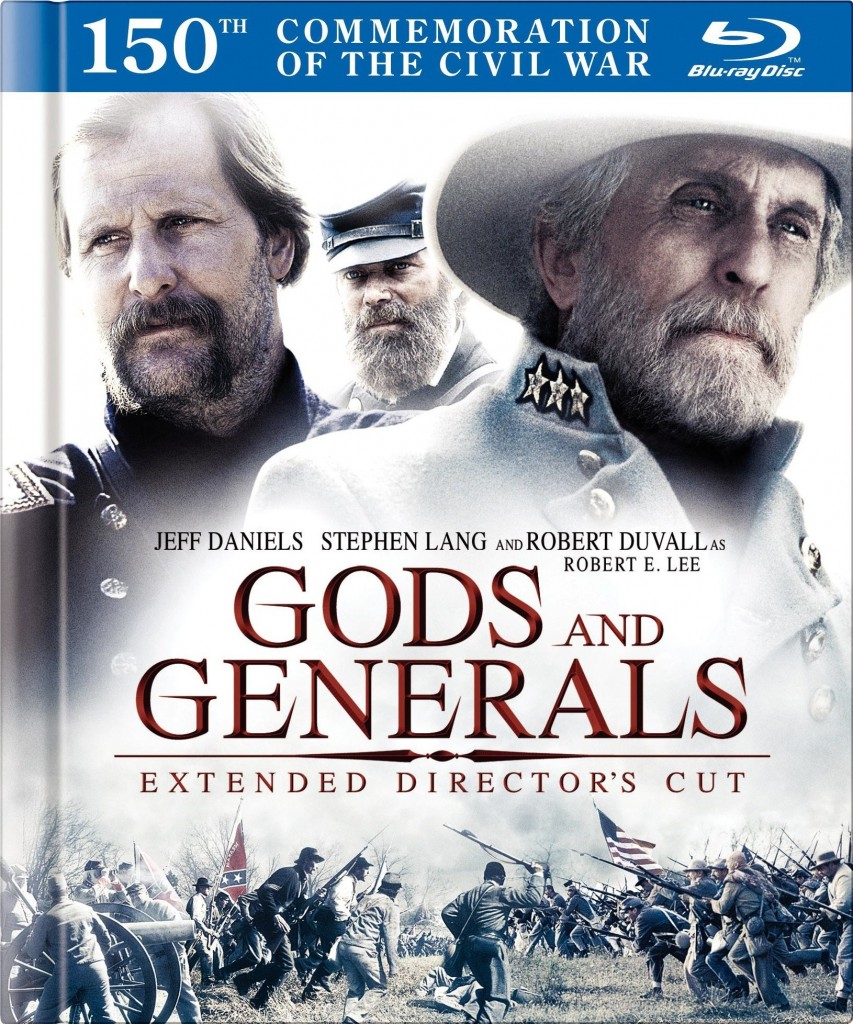 The video is a masterpiece as well, our man riding among horrible scenes of death and mutilation. He’s like a dark angel or a greek choir sitting on a large horse or walking among the dead. That’s the good, the bad is that the video is only for the first four verses of the song!

Ok, so let us “dissect” the song, let us find out what references Dylan has played with. Bob Dylan must really have dug into Civil War era poems, and absorbed their “feel” and spirit but also direct images and phrases.  The Lyrics are built up with short sentences and clear language very reminiscent of songs from the era it depicts. Quite a lot of the poems are taken from a collection called: “Singers and Songs of the Liberal Faith”.

Dylan comes from a tradition of songwriters that uses and swaps things around and echoes older sources as a rule and matter of factly. The “folk music way”.

In addition to old Civil War poems there are snippets from the Bible of course. 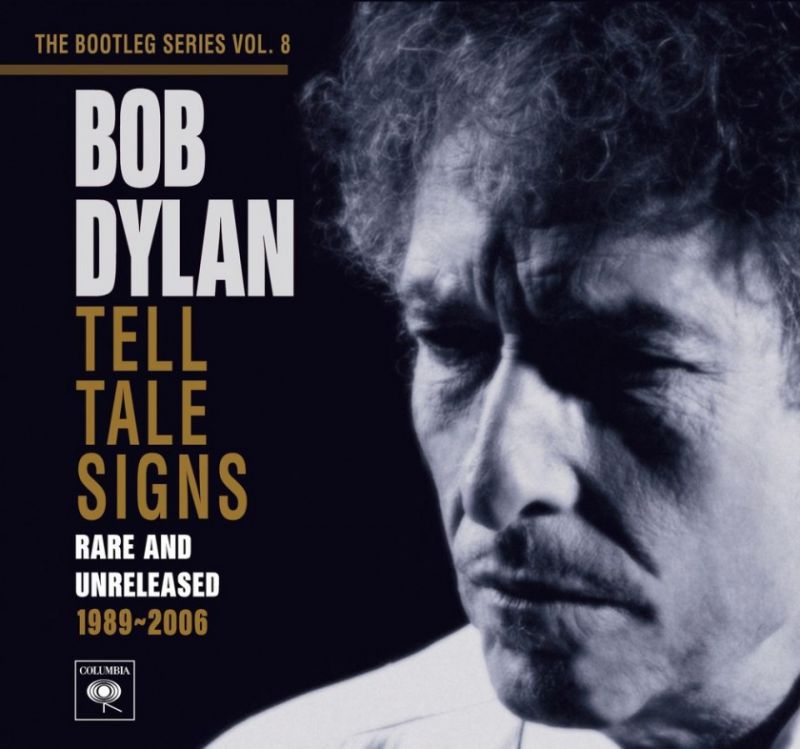 ‘Cross the Green Mountain by Bob Dylan the Lyrics:

Verse1:
I cross the green mountain, I sit by the stream
Heaven blazing in my head (5), I dreamt a monstrous dream
Something came up out of the sea (1)(2)
Swept through the land of the rich and the free (Dylan has since said that USA is a land built on slavery, this line probably conveys the same sentiment)

Verse2:
I look into the eyes of my merciful friend
And then i ask myself, is this the end?
Memories linger, sad yet sweet
And I think of the souls in heaven who will meet (Very hymn-like lyrics, with words and phrases like: Mercy, friend, “is this the end?” souls, heaven,  will meet . Very hopeful.)

Verse3:
Altars are burning with flames far and wide (another Biblical allusions to altars and fire, but also the burning landscapes of war)
The foe has crossed over from the other side (3)
They tip their caps from the top of the hill
You can feel them come, more brave blood to spill

Verse4:
Along the dim Atlantic line (4)
the ravaged land lies for miles behind
The light’s coming forward and the streets are broad
All must yield to the avenging God (9)

Verse5:
The world is old, the world is gray
Lessons of life, can’t be learned in a day
I watch and I wait, and I listen while I stand
To the music that comes from a far-better land

Verse6:
Close the eyes of our captain, peace may he know
His long night is done, the great leader is laid low (10)
He was ready to fall, he was quick to defend
Killed outright he was, by his own men

The next four verses are about the soldier meeting his “merciful friend” aka death.

Verse7:
It’s the last day’s last hour, of the last happy year
I feel that the unknown world is so near
Pride will vanish and glory will rot
But virtue lives and cannot be forgot (6)

Verse8:
The bells of leavening have rung
There’s blasphemy on every tongue (1)
Let ’em say that I walked in fair nature’s light
And that I was loyal to truth and to right

Verse9:
Serve God and be cheerful, look upward, beyond
Beyond the darkness of masks, the surprises of dawn
In the deep green grasses of the blood stained world
They never dreamed of surrenderin’, they fell where they stood

Verse10:
Stars fell over Alabama, I saw each star (Jazz song from the 30s, also sung by Frank Sinatra: Stars Fell on Alabama))
You’re walkin’ in dreams, whoever you are
Chilled are the skies, keen as the frost
The ground’s froze hard and the morning is lost

The point of view switches again, first to the mother then back to the soldier in the last verse

Verse11:
A letter to mother came today (7)
Gunshot wound to the breast is what it did say
But he’ll be better soon, he’s in a hospital bed
But he’ll never be better – he’s already dead

Verse12:
I’m ten miles outside the city, and I’m lifted away (8)
In an ancient light, that is not of day
They were calm, they were blunt, we knew ’em all too well
We loved each other more than we ever dared to tell

Verse1:
1.  Biblical ref. Revelations 13:  “I saw a beast rise up from  the sea” see also Verse 8, second line: “...And the beast was given a mouth uttering haughty and blasphemous words, and it was allowed to exercise authority for forty-two months. It opened its mouth to utter blasphemies against God, blaspheming his name…” The second one not so obvious maybe, but Dylan clearly compared the battlefield to the Armageddon.

5. W.B Yeats – Lapis Lazuli (verse2, in the middle):
All men have aimed at, found and lost;
Black out; Heaven blazing into the head:
Tragedy wrought to its uttermost.

Verse3:
3. Nathaniel Graham Shepherd’s Roll Call (verse 5): “For the foe had crossed from the other side,…”

Verse4:
4. Charleston by Henry Timrod: “…along you dim Atlantic line.”

9. The Bible,  Nahum 1:2: “… The LORD is a jealous and avenging God; the LORD is avenging and wrathful; the LORD takes vengeance on his adversaries and keeps wrath for his enemies…”

Verse7:
6. The last line in R.C. Waterston the poem The Departed.

“The memory of the just
Shall still be dear, whate’er their earthly lot:
Dust may return to dust,
But Virtue lives, and cannot be forgot.”

10.  HENRY LYNDEN FLASH – DEATH OF STONEWALL JACKSON
NOT midst the lightning of the stormy fight,
Nor in the rush upon the vandal foe,
Did kingly Death, with his resistless might,
Lay the great leader low.

Verse11:
7. This verse is an allusion to Walt Whitman’s “Come Up from the Fields Father”

In that poem a letter arrives to the home of a civil war soldier
(Peter). The mother reads the letter: “Gunshot wound in the breast,
cavalry skirmish, taken to hospital, / At present low, but will soon
be better.”

His mother grieving and her daughter tries to console her:

However…: “Alas poor boy, he will never be better,
(nor may-be needs to be better, that brave and simple soul.) / While
they stand at home at the door he is already dead, / The only son is
dead.”

Verse12:
8. Referencing the William Channing Gannett poem (from the book Singers and Songs of the Liberal Faith), Sunday on the Hill-Top:

Only ten miles from the city,
And how I am lifted away
To the peace that passeth knowing,
And the light that is not of day!

There are several other snippets and phrases that reminds us of or that “sounds like” other poems. Poems by Longfellow, Whitman and Ward Howe. This isn’t about picking text lines, but more the over all feel and rhythm.