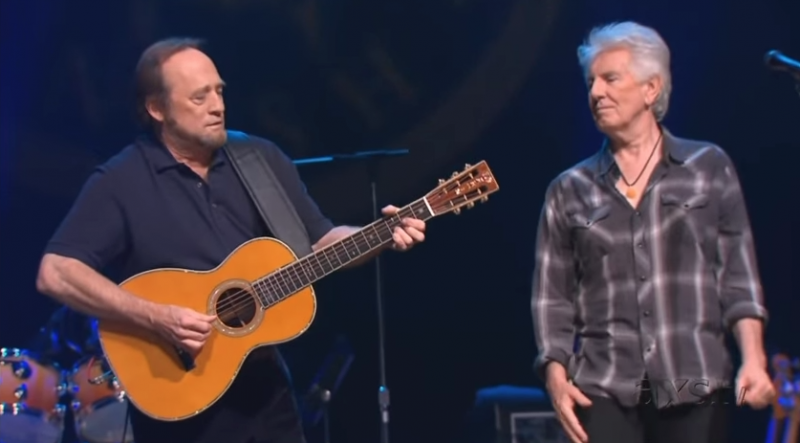 The Deltas first called themselves “The Hollies” for a December 1962 gig at the Oasis Club in Manchester.

Crosby, Stills & Nash (CSN) is a folk rock supergroup made up of David Crosby, Stephen Stills and Graham Nash. They are known as Crosby, Stills, Nash & Young (CSNY) when joined by occasional fourth member Neil Young. They are noted for their intricate vocal harmonies, often tumultuous interpersonal relationships, political activism, and lasting influence on American music and culture. All four members of CSNY have been inducted into the Rock and Roll Hall of Fame twice, though Young’s inductions were for work not involving the group.