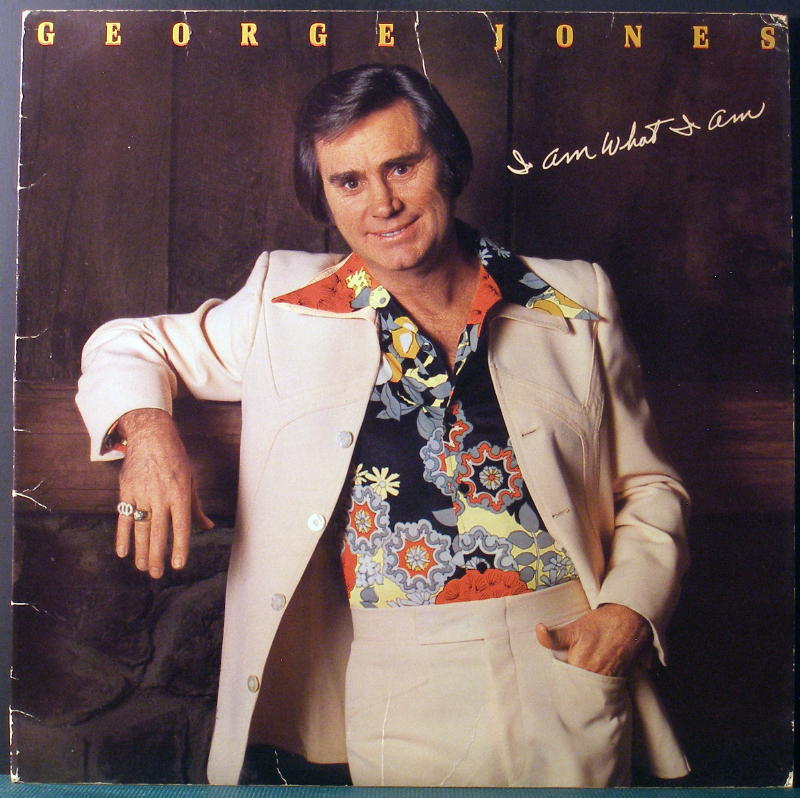 September: George Jones released I am what I am in 1980

I love the voice of George Jones, and today we present his best album, I am What I am. It was released September 1980 on Epic Records label, then on July 4, 2000 this album was re–released with bonus tracks on the Legacy Recordings label. It peaked at number 7 on the Billboard Country Albums chart and number 132 on the Pop Albums chart. I Am What I Am went Gold in 1981 and Platinum in 1983. We can not find the exact release date, but September it is.

Merle Haggard wrote in Rolling Stone magazine that “His voice was like a Stradivarius violin: one of the greatest instruments ever made.” This was never more true than on this classic country release.

“I Am What I Am announced that George Jones had officially returned to form artistically and, in the process, it became his biggest hit album ever. It’s easy to see why — the production is commercial without being slick, the songs are balanced between aching ballads and restrained honky tonk numbers, and Jones gives a nuanced, moving performance. “He Stopped Loving Her Today,” “I’m Not Ready Yet,” and “If Drinkin’ Don’t Kill Me (Her Memory Will)” were the hits, but the remaining seven album tracks are exceptionally strong, without a weak track in the bunch.” – Stephen Thomas Erlewine (allmusic)

That is so true, all tracks are very good (not just the three hit singles!). This album is the sound of George Jones at his peak and it’s the highlight of his later years.

George Jones – I am What I am on Spotify:

…and he has one of the best shirts in country music history on the cover!

One thought on “September: George Jones released I am what I am in 1980”