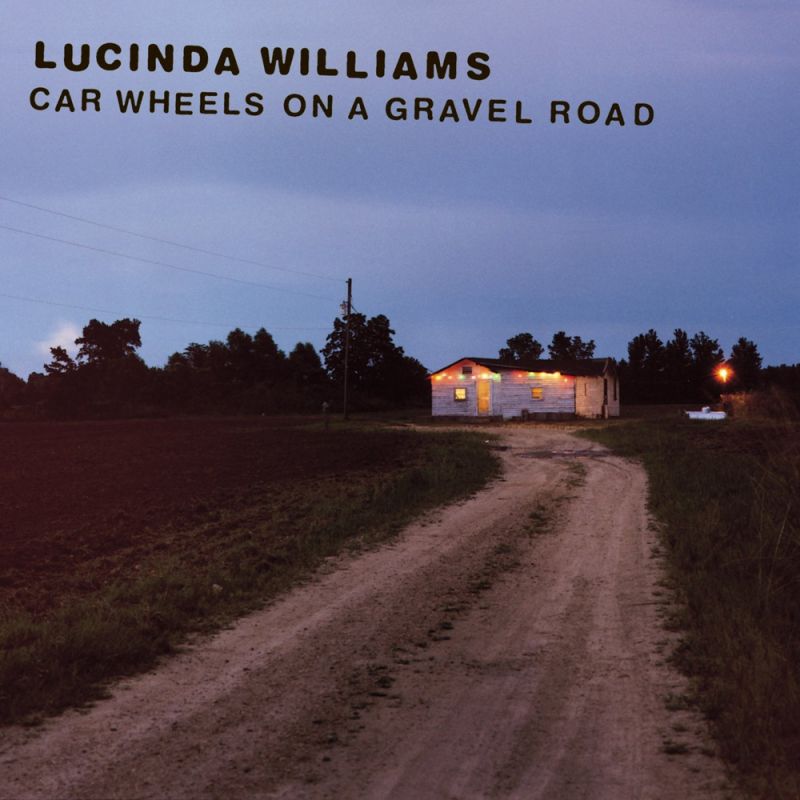 After signing a record deal with Rick Rubin’s American Recordings label, Williams began recording songs for Car Wheels on a Gravel Road in 1995. The album was originally made in collaboration with Williams’s long-time producer and guitar player Gurf Morlix. According to Morlix, the recordings (in Austin, Texas) were “90% done,” but Williams shelved them and redid them in Nashville. In the middle of the re-recordings, they “butted heads in the studio” and ended their partnership. She also worked with Steve Earle who said of the experience that it was “the least amount of fun I’ve had working on a record.”

The final version of Car Wheels on a Gravel Road was produced by Roy Bittan. Williams incorporated country and blues elements into her modern roots rock style for the album.

The master tapes for those “alternative” sessions were kept and have been making rounds through bootleg circles ever since. Not too hard to find online, and well worth the search even if the definitive album is the official one. 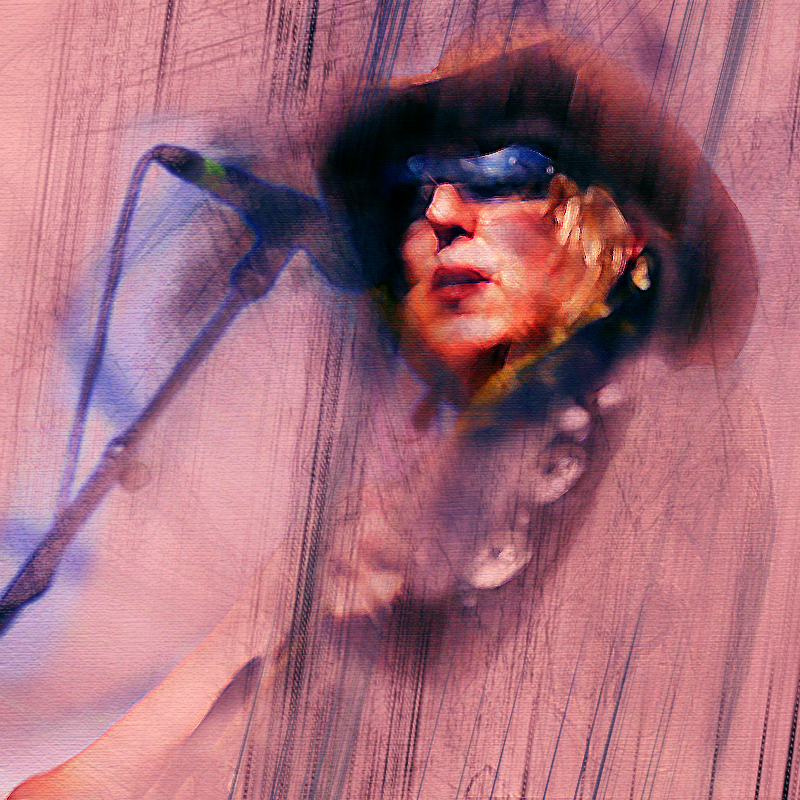 “Sometimes it seems Lucinda Williams is too good for this world. Since cutting her teeth on an acoustic blues collection for the Folkways label in 1979, she has released just four albums of originals in 18 years, each for a different company. The first–1980’s Happy Woman Blues, also for Folkways–is merely wonderful. The other three–Lucinda Williams (1988, Rough Trade, then Chameleon, then Koch), Sweet Old World (1992, Chameleon), and now Car Wheels on a Gravel Road (Mercury)–are perfect. Immersed in time-weathered musical materials, demonstrating near absolute mastery of the pop songcraft that has been crystallizing at the conjunction of blues and country for half a century, Williams’s writing is excellent only when it isn’t superlative. Her lyrics are easeful, trenchant, imaginative, concrete, and waste-free, her tunes always right there and often inescapable. There isn’t a duff song on the three records.” 5/5 stars
– Robert Christgau

This is a masterpiece and one of the very best albums from the 90s no matter what genre you listen to. 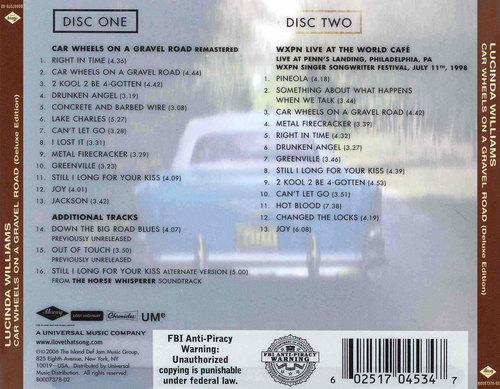