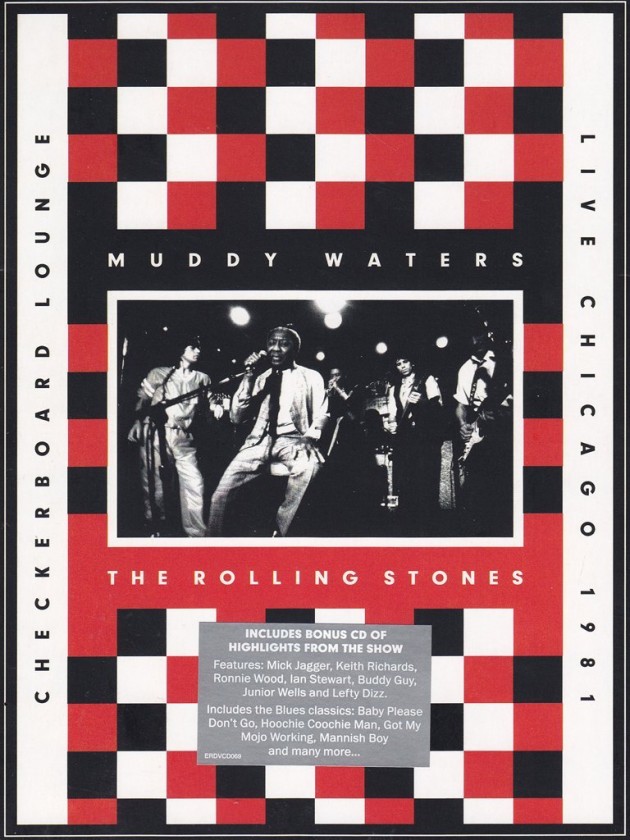 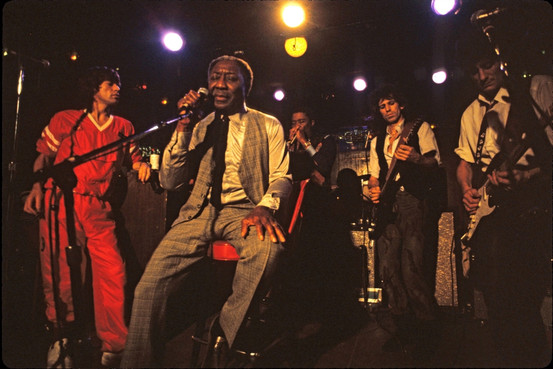 “On November 22, 1981, in the middle of a huge American tour, the Rolling Stones arrived in Chicago for a three-night run at the Rosemont Horizon. On their night off, several of the Stones hit Buddy Guy’s club, the Checkerboard Lounge, to see Muddy Waters and his band (which featured guitarist John Primer and harpist George “Mojo” Buford at the time). An impromptu blues jam ensued, and before the night was done, Mick Jagger, Keith Richards, Ron Wood, Ian Stewart, Lefty Dizz, Junior Wells, and Guy himself had all appeared on the stage with Waters and his band. The whole thing was both recorded and filmed, and portions of the set began appearing as bootleg and unofficial releases almost immediately, and have continued to appear in various configurations ever since across all formats, from LP and CD to VHS and DVD. This set, though, was remixed and mastered for both audio and video byBob Clearmountain, and stands to be the definite document of a very special night.”
– Allmusic.com

Mick and Muddy swap verses through “Hoochie Coochie Man”, “Long Distance Call” and “Mannish Boy”, the tiny stage getting ever more crowded as more blues legends join the throng, notably Junior Wells and Buddy Guy, who beams the smile of the club-owner who knows he’s got the best show in town tonight. Mick tries talking in tongues on “Mannish Boy“, before Muddy and he vacate the stage awhile, leaving Keith and Ron, ciggies akimbo, to swap lines with Buddy Guy. The evening comes to a suitably unkempt ending with “Champagne & Reefer”, Mick nipping in right at the close to steal Muddy’s thunder with an admonishment to stick to reefer and stay away from that cocaine. As if!

Fantastic jam and the only time The Stones shared the stage with their idol.