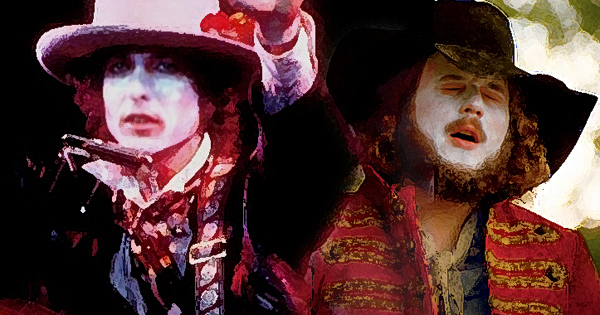 From the 2007 Todd Haynes film I’m Not There, Jim James of My Morning Jacket performs Bob Dylan’s Going To Acapulco, backed by Calexico. The song originally appeared on the Bob Dylan album The Basement Tapes, with Dylan backed by The Band. Recorded in West Saugerties NY, in 1967 during informal recording sessions at a house called Big Pink, using a set of microphones on loan from Peter Paul and Mary, the underground classic was not released until 1975.

Tonight I’ll be staying here with you (a bit heavy bass sound, but good anyway):

My Morning Jacket and a whole lot of friends covering Bob Dylan, Rainy Day Woman #12 and 35:

One thought on “My Morning Jacket covers Bob Dylan”