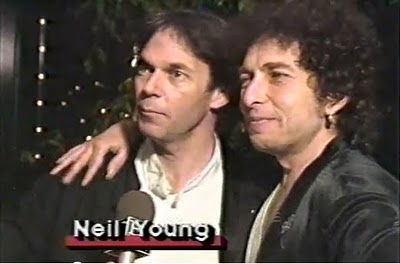 
Neil Young performs a cover of Bob Dylan’s “Blowin’ in the Wind” at the Farm Aid concert in Saratoga Springs, NY on September 21, 2013. Farm Aid was started by Willie Nelson, Neil Young and John Mellencamp in 1985 to keep family farmers on the land and has worked since then to make sure everyone has access to good food from family farmers. 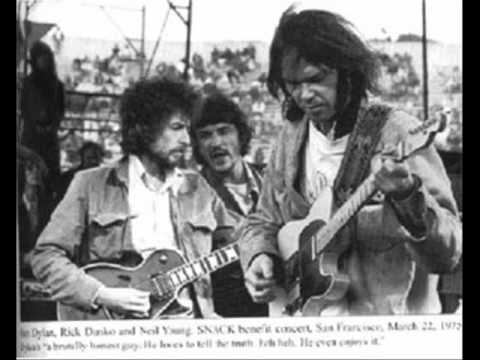 Neil Young, Willie Nelson and Crazy Horse do “All Along the Watchtower” live at the Farm Aid concert in New Orleans, Louisiana on September 18, 1994.

Dylan Classic performed Loud and Live by Neil Young with Booker T and The M.G.’s as his backing band , “Just like Tom Thumb’s Blues”

Neil Young – Just like Tom Thumb’s Blues (16 Oct, 1992) is sadly taken down from YouTube… the same goes for the  version with better quality on Youtube, but sharing that one is closed. However you can check it out on youtube, and it includes a blistering version of All along the watchtower, we’ll keep searching for them. 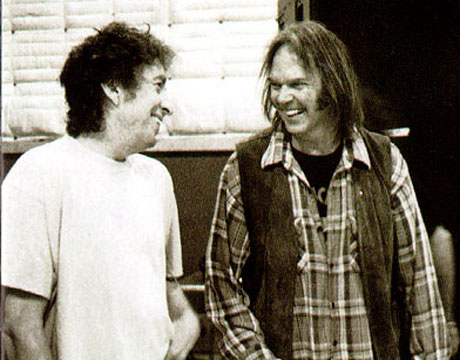 Neil Young and Tom Petty cover a Dylan classic at the 1989 Bridge Benefit Concert at Shoreline. Audio only.

Neil Young & Wilco perform the Dylan classic, I Shall be released at the 2008 Bridge School Benefit at the Shoreline Amphitheater in Mountainview, California. I love how Tweedy takes on the role of Rick Danko, great stuff!

Although Bill had been doing benefits ever since he had first opened the Fillmore, SNACK was the first big rock benefit concert in history.

From Wolfgang’s Vault: The highlight of the set comes next, when the band plays together on Young’s classic ballad “Helpless.” On this number the loose circumstances actually work in the song’s favor and it sounds quite good with these musicians. As “Helpless” is coming to a close, the group continues playing, and the song flows very naturally into Dylan’s “Knockin’ On Heaven’s Door” – an inspired pairing. It’s a unique version lyrically as well, as Dylan improvises lyrics and changes the chorus to “Knockin On The Dragon’s Door,” a change that’s significance is open to speculation.