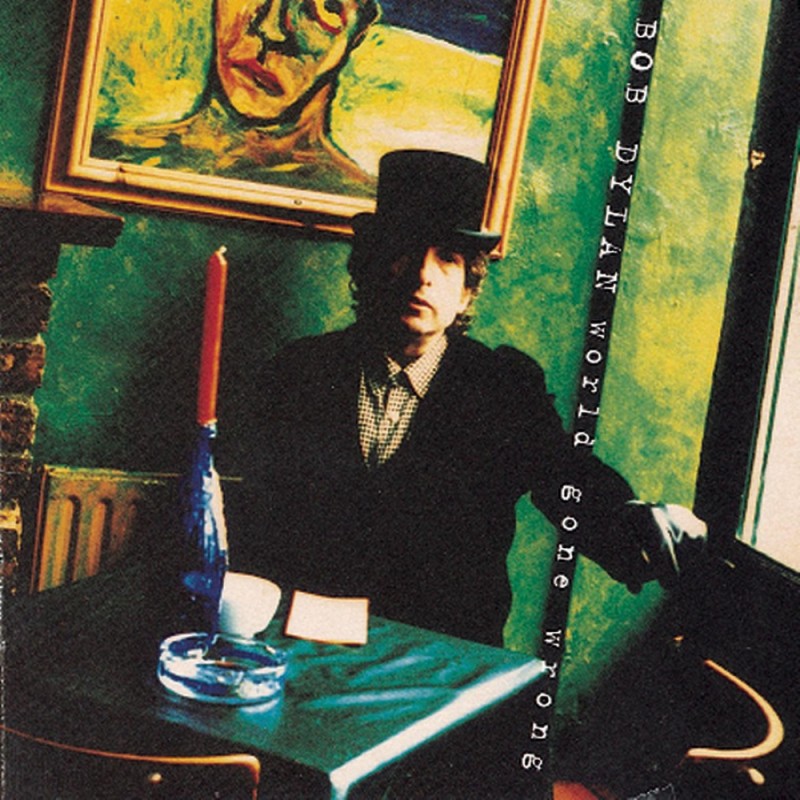 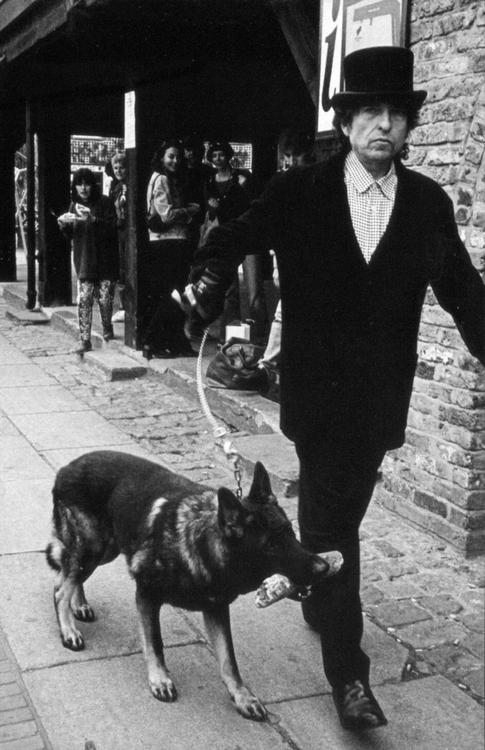 “Singers in the fifties and sixties were just one step removed from the early ones, and you could hear that. But you can’t hear it anymore, it’s so polluted and unclean…Even World Gone Wrong is a step or two removed. People should go to those old records and find out what the real thing is, because mine is still second generation.”
– Bob Dylan 1993

In May 1993, Dylan once again held sessions at his Malibu home inside his garage studio. Recorded solo in a matter of days, a total of 14 songs were recorded without a single change in guitar strings. Marked by distortion, the recording quality was very primitive by modern standards, with very casual microphone placement and very little tuning. There were some rumors that Dylan had mastered the album from cassette tapes, as Bruce Springsteen had done with Nebraska, but those rumors have been as difficult to prove as they have been to dismiss.

“If Good as I Been to You was a strong traditionalist folk record, World Gone Wrong was an exceptional one, boasting an exceptional set of songs given performances so fully realized that they seemed like modern protest songs.”
– Stephen Thomas Erlewine (allmusic) 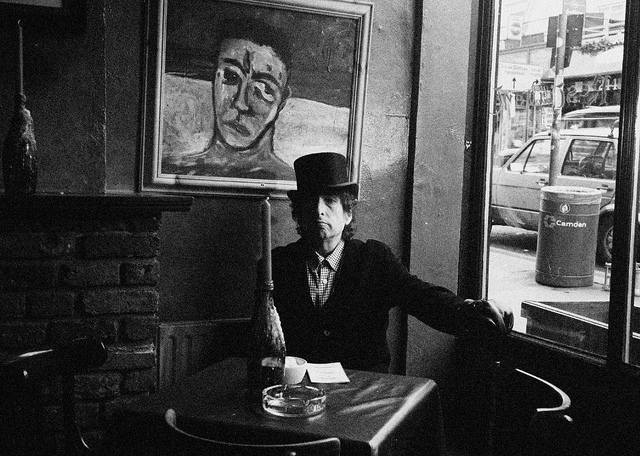 ABOUT THE SONGS (what they’re about)

BROKE DOWN ENGINE is a Blind Willie McTell masterpiece. it’s about trains, mystery on the rails-the trains of love, the train that carried my girl from town-The Southern Pacific, Baltmore & Ohio whatever-it’s about variations of human longing-the low hum in meters & syllables. it’s about dupes of commerce & politics colliding on tracks, not being pushed around by ordinary standards. it’s about revival, getting a new lease on life, not just posing there-paint chipped & flaked, mattress bare, single bulb swinging above the bed. it’s about Ambiguity, the fortunes of the priviliged elite, flood control-watching the red dawn not bothering to dress.

LOVE HENRY is a “traditionalist” ballad. Tom Paley used to do it, a perverse tale. Henry-modern corporate man off some foreign boat, unable to handle his “psychosis” responsible for organizing the Intelligentsia, disarming the people, an infantile sensualist-white teeth, wide smile, lotza money, kowtows to fairy queen exploiters & corrupt religious establishments, career-minded, limousine double parked, imposing his will & dishonest garbage in popular magazines. he lays his head on a pillow of down & falls asleep. he shoulda known better, he must’ve had a hearing problem.

STACK-A-LEE is Frank Hutchinson’s version. what does the song say exactly? it says no man gains immortality thru public acclaim. truth is shadowy. in the pre-postindustrial age, victims of violence were allowed (in fact it was their duty) to be judges over their offenders-parents were punished for their children’s crimes (we’ve come a long way since then) the song says that a man’s hat is his crown. futurologists would insist it’s a matter of tatse. they say “let’s sleep on it” but they’re already living in the sanatirium. No Rights Without Duty is the name of the game & fame is a trick. playing for time is only horsing around. Stack’s in a cell, no wall phone. he’s not some egotistical degraded existentialist dionysian idiot. neither does he represent any alternative lifestyle scam (give me a thousand acres of tractable land & all the gang members that exist and you’ll see the Authentic alternative lifestyle, the Agrarian one) Billy didn’t have an insurance plan, didn’t get airsick yet his ghost is more real and genuine than all the dead souls on the boob tube – a monumental epic of blunder and misunderstanding, a romance tale without the cupidity.

BLOOD IN MY EYES is one of two songs done by the Mississippi Sheiks, a little known de facto group whom in their former glory must’ve been something to behold. rebellion against routine seems to be their strong theme. all their songs are raw in the bone & are faultlessly made for these modern times (the New Dark Ages) nothing effete about the Mississippi Sheiks.

JACK-A-ROE is another Tom Paley ballad (Tom, one of the New Lost City Ramblers) the young virgin follows her heart (which can’t be confined) & in it the secrets of the universe. “there was a wealthy merchant” wealthy & philosophically influential perhaps with an odd penchant for young folk. the song cannot be categorized-is worlds away from reality but “gets inside” reality anyway & strips it of its steel and concrete. inverted symmetry, legally stateless, travelling under a false passport. “before you step on board, sir…” are you any good at what you do? Submerge your personality.

DELIA is one sad tale-two or more versions mixed into one. the song has no middle range, comes whipping around the corner, seems to be about counterfeit loyalty. Delia herself, no Queen Gertrude, Elizabeth 1 or even Evita Peron, doesnt ride a Harley Davidson across the desert highway, doesnt need a blood change & would never go on a shopping spree. the guy in the courthouse sounds like a pimp in primary colors. he’s not interested in mosques on the temple mount, armageddon or world war III, doesnt put his face in his knees & weep & wears no dunce hat, makes no apology & is doomed to obscurity. does this song have rectitude? you bet. toleration of the unacceptable leads to the last round-up. the singer’s not talking from a head of booze. Jerry Garcia showed me

TWO SOLDIERS (Hazel & Alice do it pretty similar) a battle song extraordinaire, some dragoon officer’s epaulettes laying liquid in the mud, physical plunge into Limitationville, war dominated by finance (lending money for interest being a nauseating & revolting thing) love is not collateral. hittin’ them where they aint (in the imperect state that they’re in) America when Mother was the the queen of Her heart, before Charlie Chapin, before the Wild One, before the children of the Sun-before the celestial grunge, before the insane world of entertainment exploded in our faces-before all the ancient & honorable artillery had been taken out of the city, learning to go forward by turning back the clock, stopping the mind from thinking in hours, firing a few random shots at the face of time.

RAGGED & DIRTY one of the Willy Browns did this – schmaltz & pickled herring, stuffed cabbage, heavy moral vocabulary – sweetness & sentiment, house rocking, superior beauty, not just standing there-the seductive magic of the thumbs up salute, carefully thought out overtones & stepping sideways, the idols of human worship paying thru the nose, lords of the illogical in smoking jackets, sufferers from a weak education, pieces of a jigsaw puzzle-taking stupid chances-being mistreated just so far.

LONE PILGRIM is from an old Doc Watson record. what attracts me to the song is how the lunacy of trying to fool the self is set aside at some given point. salvation and the needs of mankind are prominent & hegemony takes a breathing spell. “my soul flew to mansions on high” what’s essentially true is virtual reality. technology to wipe out the truth is now available. not everybody can afford it but it’s available. when the cost comes down look out! there wont be songs like this anymore. factually there aren’t any now. by the way, don’t be bewildered by the Never Ending Tour chatter. there was a Never Ending Tour but it ended in ’91 with the departure of guitarist G.E. Smith. that one’s long gone but there have been many others since then. The Money Never Runs Out Tour (fall of ’91) Southern Sympathizer Tour (early ’92) Why Do You Look At Me So Strangely Tour (European ’92) The One Sad Cry Of Pity Tour (Australia & West Coast American ’92) Principles Of Action Tour (Mexico-South American ’92) Outburst Of Consciousness Tour (’92) Don’t Let Your Deal Go Down Tour (’93) & others too many to mention. each with their own character and design. to know which was which consult the playlists.