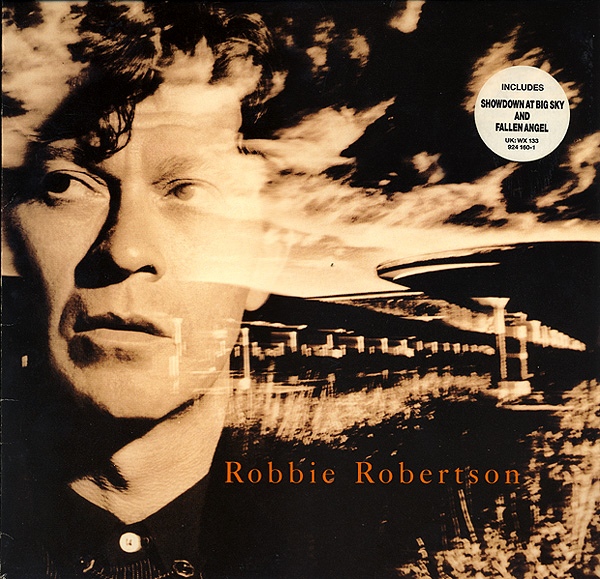 Bonus tracks on the 2005 expanded edition:
“Christmas Must Be Tonight” – 4:51 from the soundtrack album Scrooged
“Testimony (Edited 12″ Remix)” – 6:34 additional production and remix by Nile Rodgers

“I was proud to rip open my chest and bare my soul,I’m not embarrassed to talk about these things anymore. Do you know what a skin walker is? It’s a thing in Indian mythology. There are certain people born with this gift, and they’re able to actually get inside you and mess with your feelings and with your mind. And if a skin walker chooses to get a hold of you, there’s not much you can do. I want a song to get inside me, to feel it did the old skin walker on me. I was kind of discovering that on this album, and now I’m pursuing it.”
– Robbie Robertson (about the album, Rolling Stone Magazine)

One thought on “October 27: Robbie Robertson released his self-titled solo debut in 1987”