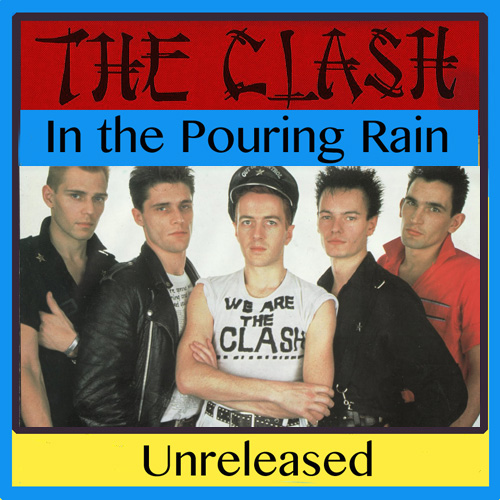 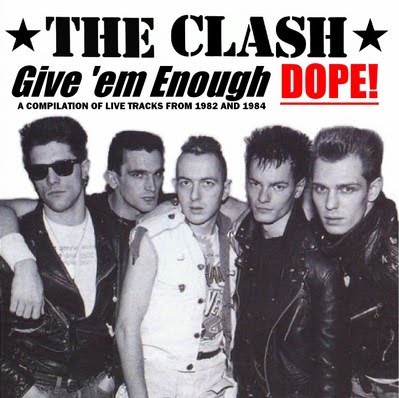 I found this statement online:

Joe lost it and never had a recording after he left The Clash. The story is that somebody handed him a copy of Give ’em Enough Dope when he was doing one of his Pogues stints and he got all excited and emotional about finding his “lost” song again. So he did the (not very good

) recorded version with the Pogues.

First, it is actually quite good, and second, it wasn’t the Pogues.

The date of this recording is 1993, from the unreleased ‘When Pigs Fly’ soundtrack. As I said it wasn’t the Pogues, it was “a gang” of anonymous Irish session musicians from the When Pigs Fly sessions, including Tom McManamon, who would go onto play banjo with Shane MacGowan’s Popes

A guy called matedog posted this on a clash forum a while back:

So it’s three in the afternoon, i’m seventeen years old in front of the door to the Brixton Academy in a not terribly safe neighbourhood (at the time, at least) and there’s members of the Pogues asking where Strumboli (their nickname for Joe) was, and he shows up. Super concentrated, he’s surprised to see me, says he can’t talk too much, gives me a pass and says “follow me”. We enter the large theater, he grabs my arm “watch the soundcheck and do’nt let anyone throw you out” then turns to the huge bouncer : “the kid’s with me, no one touches him” and he’s gone. I’m at this point floating on a small cloud. the show is terrific and afterwards, i’m trying to make my way backstage, expressing my boundless admiration to Shane McGowan who showed up in sign of support, and Joe is surrounded by a shitload of people. I sort of push around to get in and say to Joe that i’ve got something for him. Out comes the 45 and I point him out that “Pouring Rain” is on the record. “My song !” he shouts, “you’ve got my song ! I’d lost this song!” he hugs me and kisses me on the cheek and says “you don’t know how much this means to me”.

A few years later, in 1995, I’m talking to Joe on the phone for an interview for a fanzine, and he says to me that he finally recorded Pouring Rain for Sara Driver’s film When Pigs Fly. “That’s your contribution right there” he said.

There are also some demos from late 1983, I haven’t come across them, just heard them mentioned from time to time…

…and it was recorded again at Rockfield Studios near Monmouth, Wales (27-30/4/1993) with Danny Thompson (bass) and Terry Williams (drums)

So it is available on two soundtracks in two different versions, but it was not released by The Clash on any official release nor by Joe Strummer with any of his later bands.

It’s a great song that has been hidden away for too long.