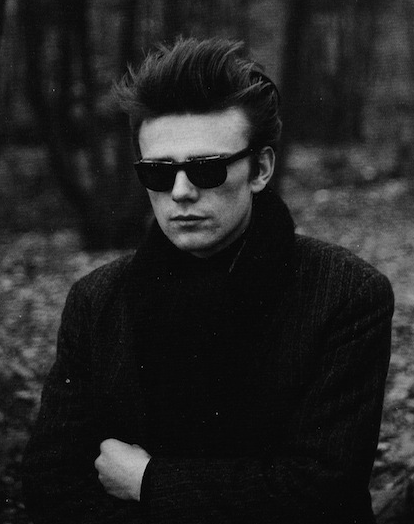 He wasn’t really a very good musician. In fact, he wasn’t a musician at all until we talked him into buying a bass. We taught him to play twelve-bars, like Thirty Days by Chuck Berry. That was the first thing he ever learnt. He picked up a few things and he practised a bit until he could get through a couple of other tunes as well. It was a bit ropey, but it didn’t matter at that time because he looked so cool. We never had many gigs in Liverpool before we went to Hamburg, anyway.
~George Harrison (Anthology)

It was John and Stuart who thought of the name. They were art students and while George’s and my parents would make us go to bed, Stuart and John could live the little dream that we all dream: to stay up all night. And it was then they thought up the name.
One April evening in 1960, walking along Gambier Terrace by Liverpool Cathedral, John and Stuart announced: ‘Hey, we want to call the band The Beatles.
~Paul McCartney (Anthology)

Stuart Fergusson Victor Sutcliffe (23 June 1940 – 10 April 1962) was a Scottish-born artist and musician; best known as the original bassist for the Beatles. Sutcliffe left the band to pursue his career as an artist, having previously attended the Liverpool College of Art. Sutcliffe and John Lennon are credited with inventing the name, “Beatals”, as they both liked Buddy Holly’s band, the Crickets.The band used this name for a while until John Lennon decided to change the name to “The Beatles”, from the word Beat. As a member of the group when it was a five-piece band, Sutcliffe is one of several people sometimes referred to as the “Fifth Beatle”.

When the Beatles played in Hamburg, he met photographer Astrid Kirchherr, to whom he was later engaged. After leaving the Beatles, he enrolled in the Hamburg College of Art, studying under future pop artist, Eduardo Paolozzi, who later wrote a report stating that Sutcliffe was one of his best students. Sutcliffe earned other praise for his paintings, which mostly explored a style related to abstract expressionism. 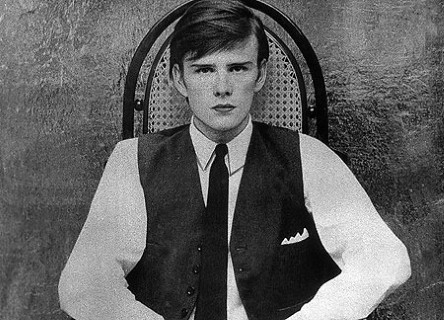 While studying in Germany, Sutcliffe began experiencing severe headaches and acute sensitivity to light. In the first days of April 1962, he collapsed in the middle of an art class after complaining of head pains. German doctors performed various checks, but were unable to determine the exact cause of his headaches. On 10 April 1962, he was taken to hospital, but died in the ambulance on the way. The cause of death was later revealed to have been an aneurysm. His death was caused by the severe bleeding in the right ventricle of his brain.

Sutcliffe has come to represent, along with Nick Drake and Anno Birkin, a kind of tragic, mysterious, romantic artist.

Here is a BBC documentary – Stuart Sutcliffe The Lost Beatle:

Just recently I have found the most wonderful friends, the most beautiful looking trio I have ever seen. I was completely captivated by their charm. The girl thought I was the most handsome of the lot. He was I, feeling the most insipid working member of the group, being told how much superior I looked – this alongside the great Romeo John Lennon and his two stalwarts Paul and George: the Casanovas of Hamburg!
~Stu Sutcliffe (Anthology) 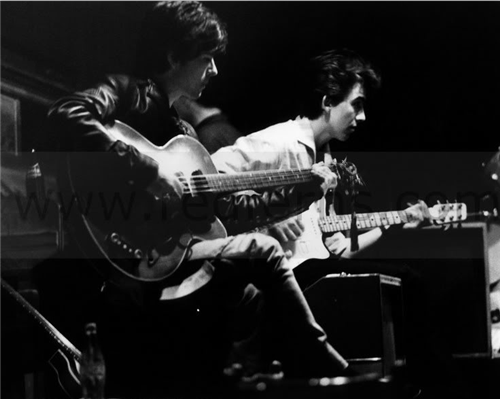 –
Alldylan.com takes us hundreds of hours a month to research and write. If you find any joy and value in what we do, please consider donating.
–