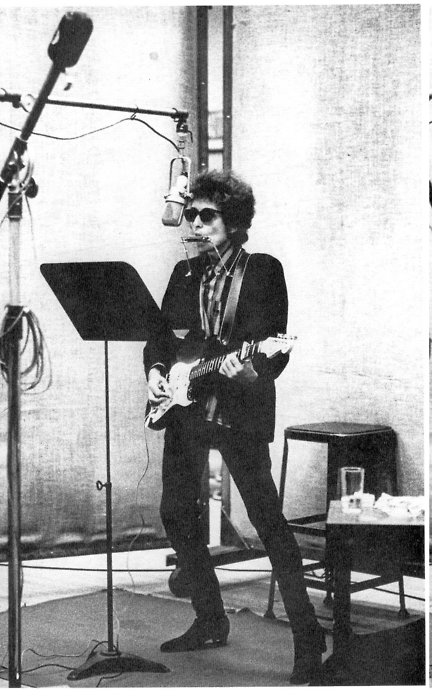 The big difference is that the songs I was writing last year, songs like Ballad in Plain D, they were what I call one-dimensional songs, but my new songs I’m trying to make more three-dimensional, you know, there’s more symbolism, they’re written on more than one level.
~Jenny De Yong And Peter Roche Interview, 30 April 1965

A song is anything that can walk by itself, I am called a songwriter. A poem is a naked person, some people say that I am a poet.
~Jacket notes Subterranean Homesick Blues

It’s All Over Now, Baby Blue

The 3rd and last Bringing It All Back Home recording session, produced by Tom Wilson.