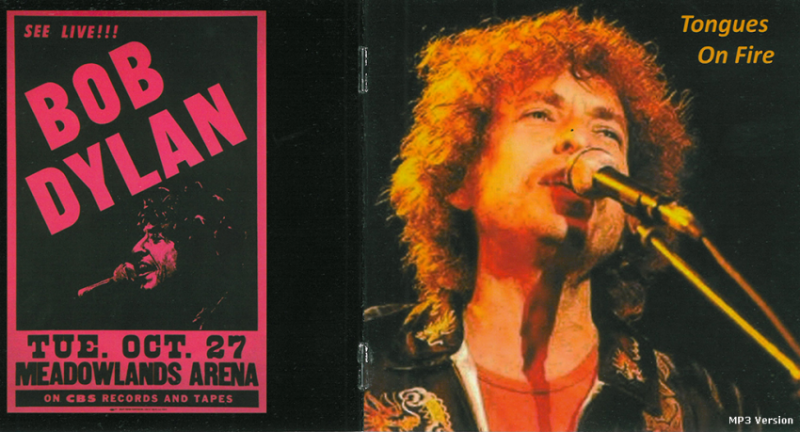 There are a few versions of this show that are circulating and this Durango title appears to have just been released in Japan. This is what the blurb says: “Dylan at the top of his game for ‘81 and for all time, in a show many would rank among his top 25. Al Kooper sits in on keyboards for the first time since ‘Like A Rolling Stone’, and the whole band rocks the Meadowlands with a set rarely matched for the number and intensity of songs.
~bigozine2.com

“Let’s Begin” makes its last live appearance. “Dead Man, Dead Man” is reintroduced into the set. The New York Times review of this show refers to Dylan as “alternately thrilling, exasperating and impenetrable,” concluding that it was “a fascinating performance by a magnetic renegade.”
~Clinton Heylin (Bob Dylan: A Life in Stolen Moments Day by Day 1941-1995