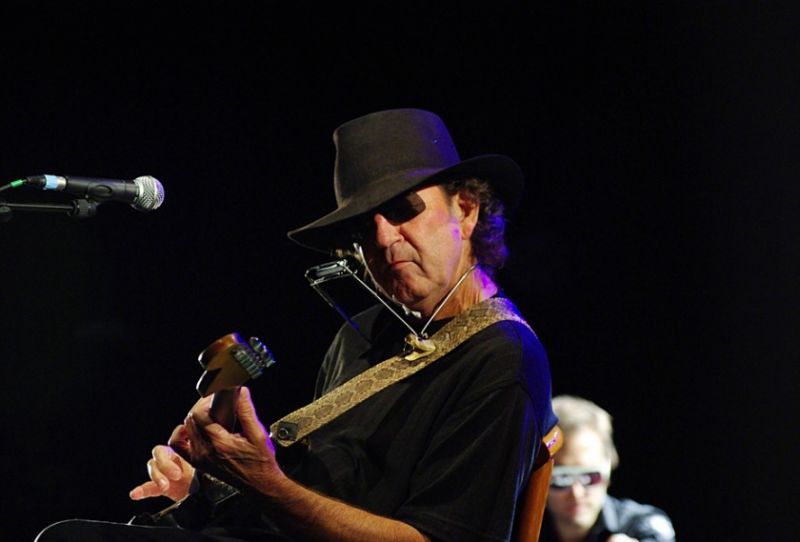 Tony Joe White (born July 23, 1943, Oak Grove, Louisiana, United States) is  best known for his 1969 hit “Polk Salad Annie”; “Rainy Night in Georgia”, which he wrote but was first made popular by Brook Benton in 1970; and “Steamy Windows”, a hit for Tina Turner in 1989. “Polk Salad Annie” was also recorded by Elvis Presley and Tom Jones.

“Elvis’ producer Felton Jervis was a good friend of mine during the early days in Nashville. All of a sudden I released ‘Polk’ and it was a big hit single and then Felton called and invited my wife & me out to Las Vegas to see Elvis perform. He flew us out just to let us see Elvis do it live on stage! He did a good version of it, which of course he recorded for the live album. We hung out with Elvis for 2 or 3 days and just sat back in the dressing room and talked. We played a little guitar together – he really liked music. Elvis said, “Man, I feel like I wrote that song”. I said “You know, the way you do it on stage, it feels like you wrote it”. Elvis always treated me real good.”
– Tony Joe White

Here is another gem from the The Johnny Cash Show, Polk Salad Annie (w/ Johnny Cash):