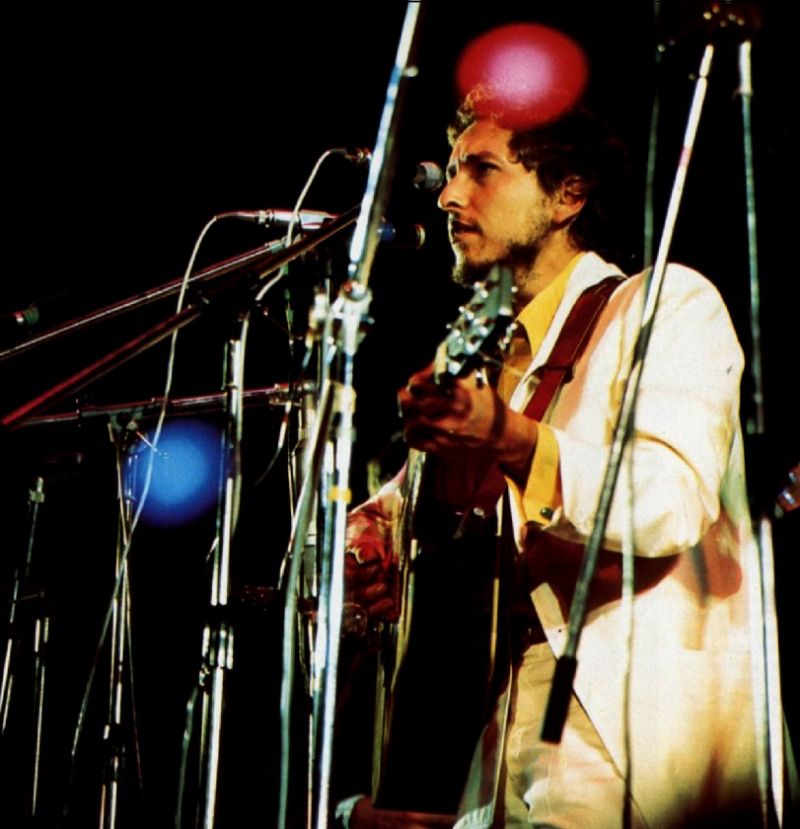 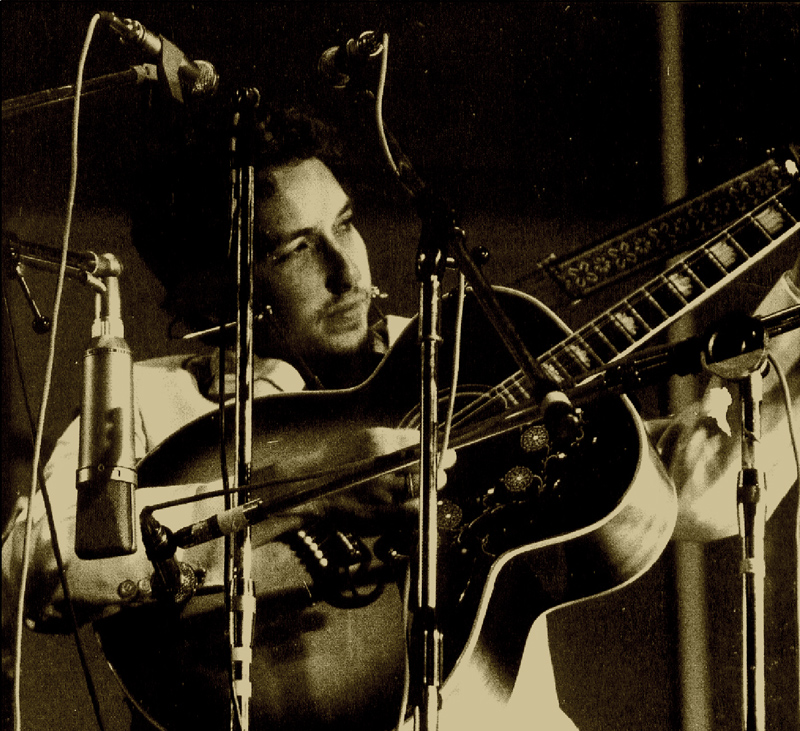 They describe the second coming don’t they? 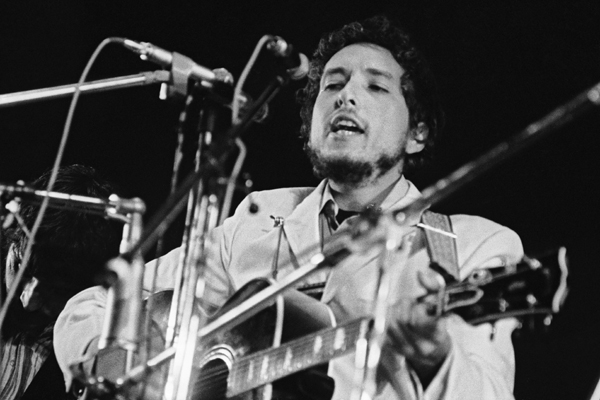 I yearned to hear this fantastic concert, and I got 4 tracks on the original Self Portrait, what an underwhelming feeling I got when I first heard it! These could not be the same songs that Rolling Stone Magazine raved about, could they?

The songs were good enough, but the sound was off, it sounded like Bob Dylan was alone almost, or that it was recorded in a small room and not on a very large stage on one of the worlds biggest music festivals!

The drums and the guitars sounded thin, and too sharp. What the hell was this? They are terribly mixed.

I own a couple of bootlegs from the Isle of Wight concert , I though that, surely they would capture the excitement and the grand scale, heck, the cultural importance couldn’t be lost in bad sound. It turned out that it could.

I have a reel to reel recording that is described as “very good quality” and I have a JTT version that should be one of the best out there. They sound bad in my ears, I’ve heard a few more, they all sound bad. I could recognize some exciting stuff on them, but the bad quality came in the way. I am no sound freak, I can listen to recordings that many people consider to be unlistenable, if I can find something great beyond the bad sound. I have listened to The Isle of Wight files/songs a lot, I did hear some good performances. I just came to terms with the fact, that I would never hear these songs the way that the audience did on that last day of August in 1969. 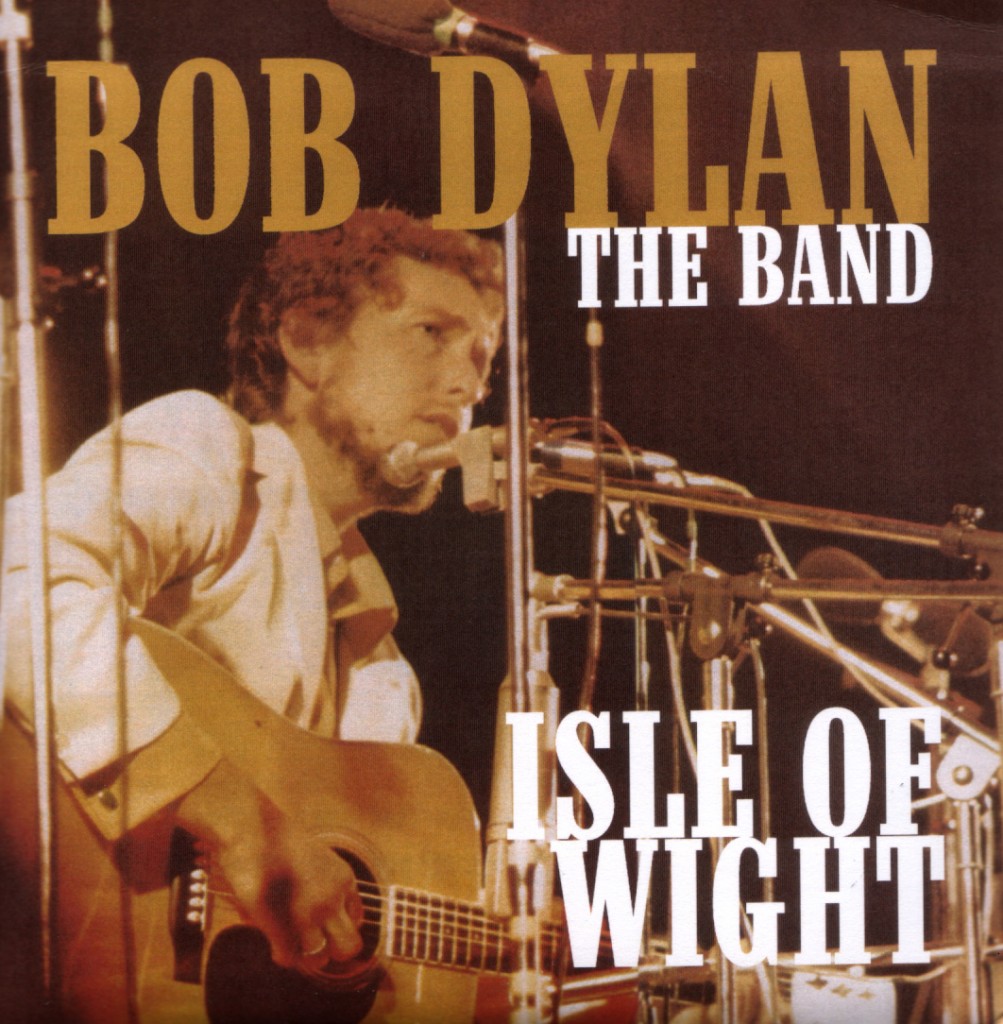 When I put on the new Isle of Wight release from Another Self Portrait I almost cried, finally I understood what Martin Grayson had experienced, finally I got it!

It is like going from a small black and white TV to a wide-screen cinema. The sound is wide and well-defined. Bob Dylan sounds so much better, he even comes across more confident and more assure than on anything I have heard from that concert before. I always imagined him as nervous and uncertain, he really is not. It is strange, but it is like hearing the concert for the first time.

The guitars, man, the guitars sound so good, you can hear all the strings on the instruments, and the drums are crisp and clear and not too sharp at all. How could they get something so good out of something that I was convinced was lost forever in bad recorded sound?

She Belongs To Me, I Threw It All Away and a rocking Maggie’s Farm blasts out, what a start!

…and now we can hear the audience, we get a sense of scope. It sounds big!

I Threw it all away (old sound):

I Threw it all away (new sound):

The short acoustic set that included Wild Mountain Thyme, It Ain’t Me Babe, To Ramona and Mr. Tambourine Man is crystal clear, and Bob Dylan really sings his heart out. They sound like the previewed track Pretty Saro, what I mean is that they are sung in the same tender way. They are beautiful. I really like To Ramona, I have never heard a better live version.

The two tracks off John Wesley Harding , I Dreamed I Saw St.Augustine and I Pity The Poor Immigrant are also wonderfully done. Not very different from the album versions, but we must remember that these songs were new at the time.

‘Lay Lady Lay’ sounds a bit off at the start (as the song sometimes does live) but Dylan and The Band catches up nicely during the song.

Highway 61 really rumbles along, you can hear Levon Helm shouting out the background vocals.The Band is so laid back and rambling, they sound so relaxed (in a good way). What many have described as unrehearsed, just feels right for the songs. Bob Dylan and the Band invited us to a country square dance, in a time when experimentation in the studio was starting to get big (Dylan got to hear an acetate of Abbey Road the next day). They brought it down to earth.

Listen to the difference from a bootleg and the newly released version:

I finally understand what Rolling Stone meant when they said that Quinn The Eskimo as “mighty funky”, Minstrel Boy sounds so much fuller. Minstrel Boy was the best sounding live track on the original Self Portrait, but now it sounds so much better. All songs are better, the release is a revelation.

Like a Rolling Stone is the song that is most different from what we are used to, the smooth voice and the crooning way of singing is not to everyone’s taste, but I like it. It is another fine version of the song, not as much rock’n roll but almost as good.

I’ve heard One Too Many Mornings better elsewhere, it is the one song on the release that feels a bit off, it doesn’t fit.

Rainy Day Woman at the end is fine, and again I sit and marvel at the quality of the sound. Like the best live albums, we get a little bit of what it must have felt like to sit there and see the concert.

By the way, you don’t need to by the big box set to get the concert, you can buy it on iTunes (all from the box set) for under 20$ if you don’t want to shell out for the physical copy.

You can not get a better deal on music this year!

29 thoughts on “The Best of Another Self Portrait: The Isle Of Wight concert”