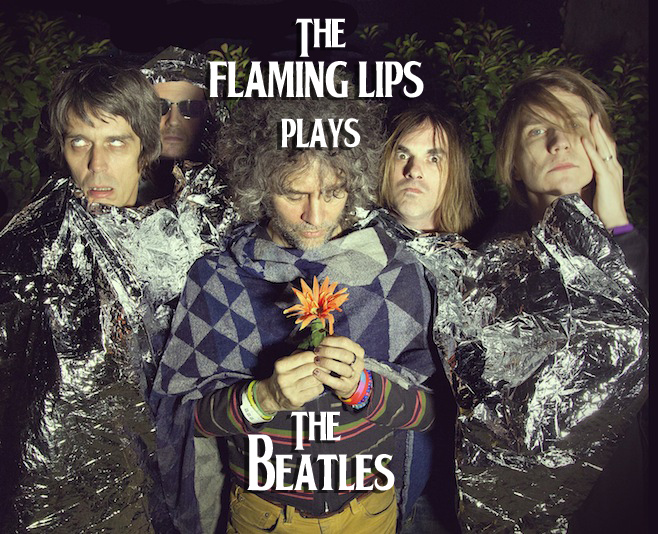 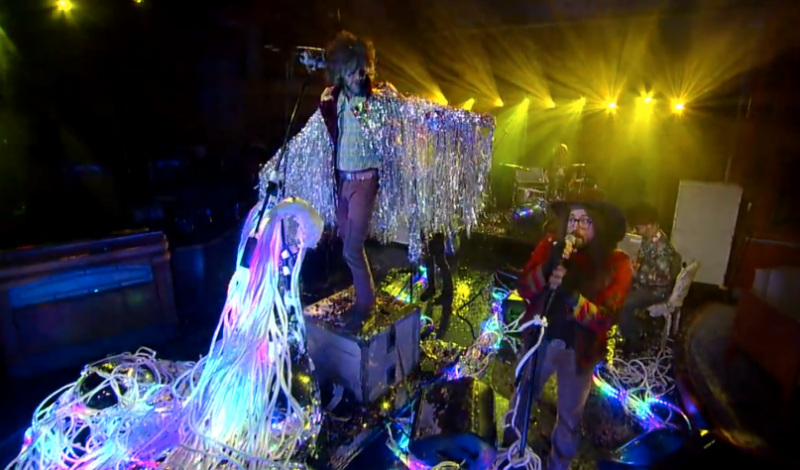 The Flaming Lips – I am the walrus:

The Flaming Lips – All you need is love (audio from the album The Terror):

The Flaming Lips featuring Nels Cline – I Want You (She’s So Heavy):

The Flaming Lips with Reggie Watts: A Day In The Life (Bridge school benefit, October 21, 2012):

The Flaming Lips – Happiness is a Warm Gun:

The Flaming Lips – Everybody’s Got Something to Hide Except Me and My Monkey (mediocre sound, but what the heck):

With a Little Help from My Fwends is the fifteenth studio album by the American rock band The Flaming Lips. It is a track-for-track tribute to The Beatles albumSgt. Pepper’s Lonely Hearts Club Band. It was released on October 27, 2014, through Warner Bros. Records. All proceeds from record sales will go to the Bella Foundation, an organization in Oklahoma City that helps provide veterinary care to needy pet owners. The lead single from the album, “Lucy in the Sky with Diamonds”, features vocals from Miley Cyrus 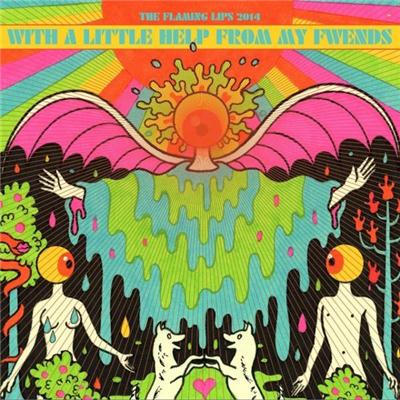 Track listing:
All songs written and composed by Lennon–McCartney except “Within You Without You”, by George Harrison.

2 thoughts on “The Flaming Lips plays The Beatles”