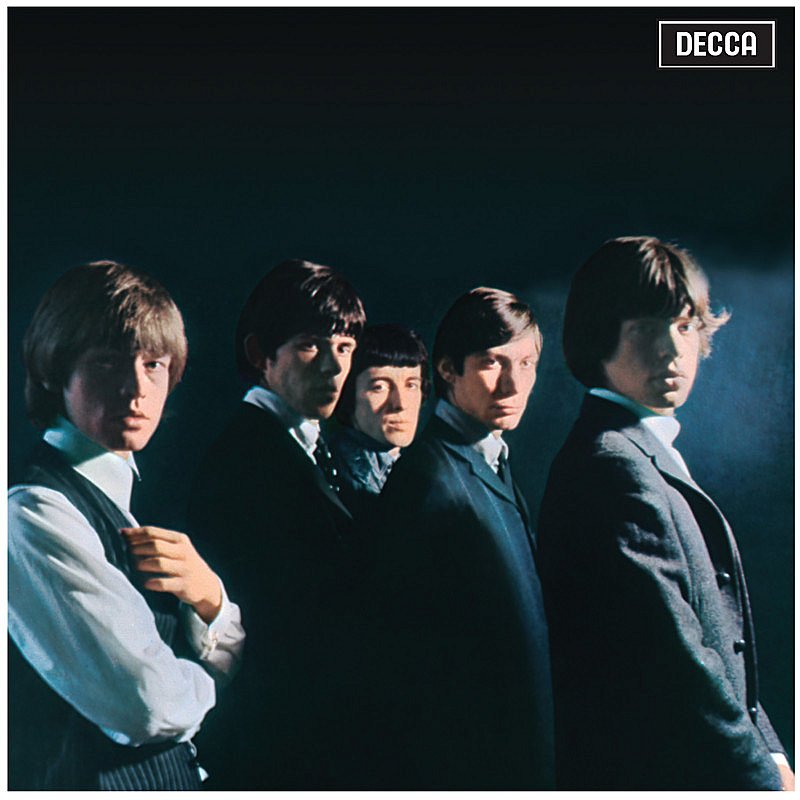 Released in April 1964, The Rolling Stones was – according to guitarist Keith Richards – half-comprised of rough mixes precipitously rushed onto the market by their manager (and the album’s nominal producer) Andrew Loog Oldham. It’s a testament to the group’s brilliance that the result was still the best album to emerge from the early 1960s British blues boom.
~Sean Egan (BBC Music)

I Just Want to Make Love to You:

The Rolling Stones is the debut album by The Rolling Stones, released by Decca Records in the UK on 16 April 1964. The American edition of the LP, with a slightly different track list, came out on London Records on 30 May 1964, with the added title England’s Newest Hit Makers.

Recorded at Regent Sound Studios in London over the course of five days in January and February 1964, The Rolling Stones was produced by then-managers Andrew Loog Oldham and Eric Easton. The album was originally released by Decca Records in the UK, while the US version appeared on the London Records label.

The majority of the tracks reflect the band’s love for R&B. Mick Jagger and Keith Richards (whose professional name until 1978 omitted the “s” in his surname) were fledgling songwriters during early 1964, contributing only one original composition to the album: “Tell Me (You’re Coming Back)”. Two songs are credited to “Nanker Phelge” – a pseudonym the band used for group compositions from 1963 to 1965. Phil Spector and Gene Pitney both contributed to the recording sessions, and are referred to as “Uncle Phil and Uncle Gene” in the subtitle of the Phelge instrumental “Now I’ve Got a Witness.”

The album cover photo was taken by Nicholas Wright. The cover bears no title or identifying information other than the photo and the Decca logo – an “unheard of” design concept originated by manager Andrew Oldham.

Upon its release, The Rolling Stones became one of 1964’s biggest sellers in the UK, staying at No. 1 for twelve weeks. 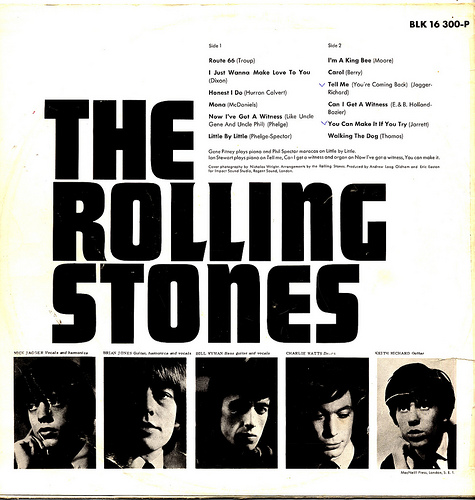 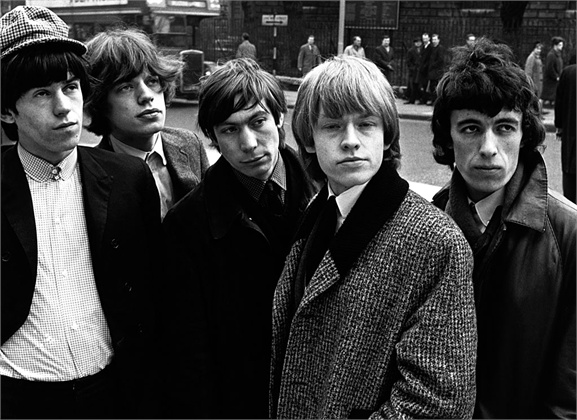