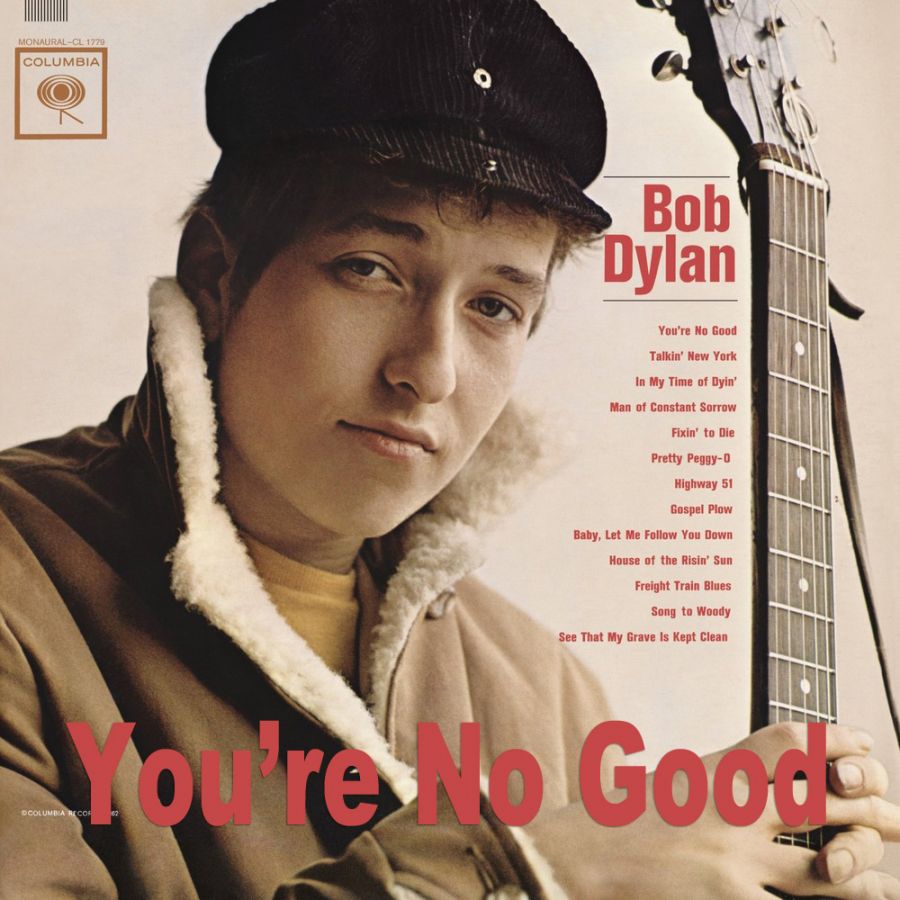 Appears on Bob Dylan’s eponymous debut album. Dylan’s take is a bit faster and with some small differences to the lyrics.

Jesse Fuller was an acoustic blues singer that Dylan claims to have met in Denver, Colorado in 1959. Fuller, was born in 1896 in Jonesboro, Georgia, and spent the majority of his life working at a variety of blue-collar jobs and playing music on the side.

He played at the Monterrey Jazz Festival and the Newport Folk Festival, and had concerts with The Animals and The Rolling Stones.

A spoken introduction (referred to as “Connecticut Cowboy”) was recorded but not used on the released version (listed as “She’s No Good”) on the album Bob Dylan, 1962.

Todd Harvey (The Formative Dylan) writes that Fuller did not actually record You’re No Good until 18 months after Dylan’s recording. He also suggests that Dylan learned the song from Ramblin’ Jack Elliott who knew Fuller’s work very well.

I think Dylan’s singing style on the song (the whole album actually) is  close to  Ramblin’ Jack Elliott’s way of singing.

The lyrics are “angry” but the way he sing is quite humorous in tone.

6 thoughts on “The Songs he didn’t write: Bob Dylan You’re no good”