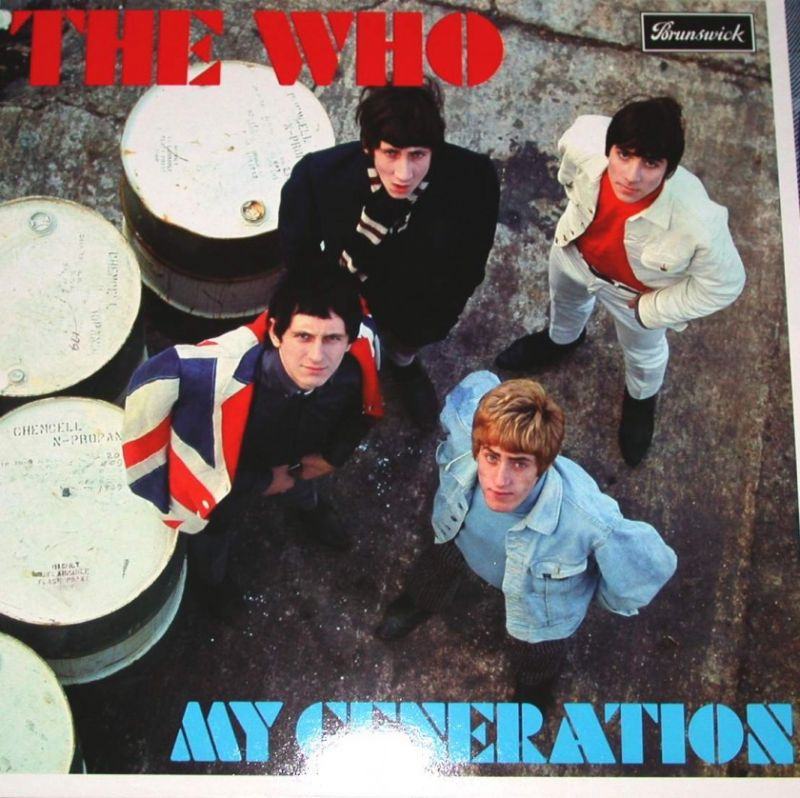 An explosive debut, and the hardest mod pop recorded by anyone. At the time of its release, it also had the most ferociously powerful guitars and drums yet captured on a rock record. Pete Townshend’s exhilarating chord crunches and guitar distortions threaten to leap off the grooves on “My Generation” and “Out in the Street”; Keith Moon attacks the drums with a lightning, ruthless finesse throughout.
~Richie Unterberger (allmusic.com)

My Generation is the debut album by English rock band The Who, released by Brunswick Records in the UK in December 1965. In the US, it was released by Decca Records as The Who Sings My Generation in April 1966, with a different cover and a slightly altered track listing. 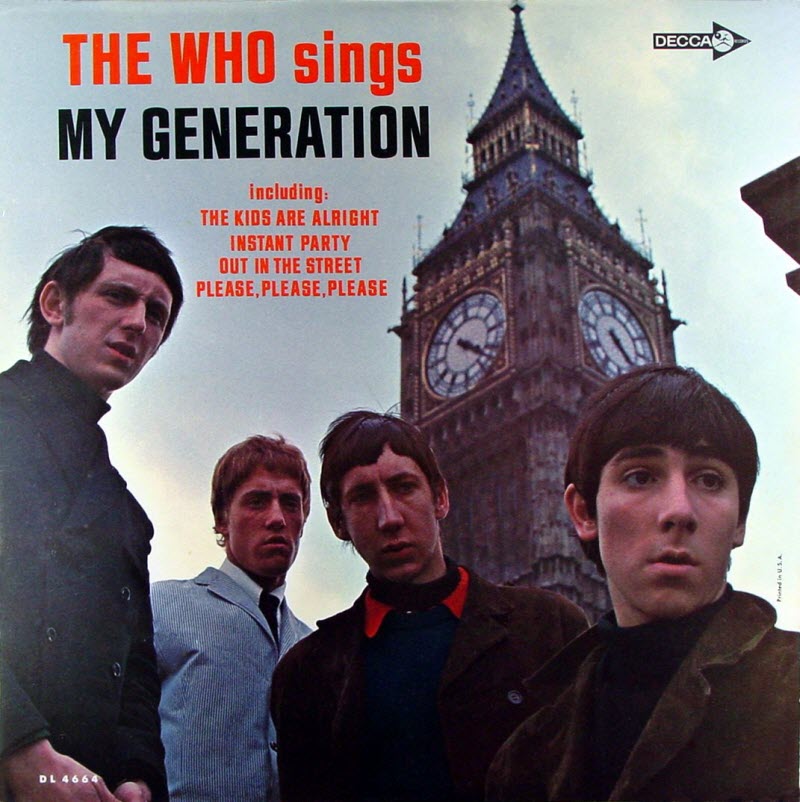 The Kids are Alright:

The album was made immediately after the Who got their first singles on the charts and according to the booklet in the Deluxe Edition, it was later dismissed by the band as something of a rush job that did not accurately represent their stage performance of the time. On the other hand, critics often rate it as one of the best rock albums of all time: 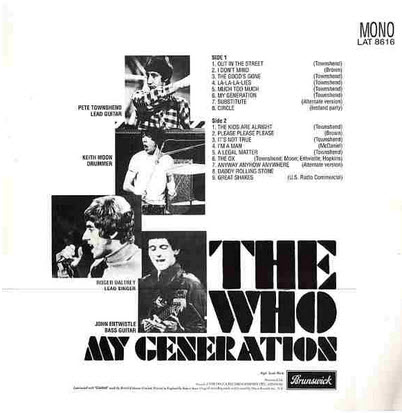 The album was made during The Who’s early “Maximum R&B” period and features covers of popular R&B tunes, in addition to the R&B leanings of the tracks written by the band’s guitarist Pete Townshend.

According to the booklet in the Deluxe Edition, “I’m a Man” was eliminated from the US release due to its sexual content. The US album also used the edited UK single version of “The Kids Are Alright”, which cut a brief instrumental section laden with manic drum rolls and guitar feedback before the final verse.

Many of the songs on the album saw release as singles. Aside from “My Generation”, which preceded the album’s release and reached #2 on the UK Singles Chart, “A Legal Matter”, “La-La-La Lies”, and “The Kids Are Alright” were also released as domestic singles by Brunswick after the band had started releasing new material on the Reaction label in 1966. As they were not promoted by the band, they were not as commercially successful as “My Generation” or the Reaction singles. “The Kids Are Alright” was however a top 10 single in Sweden, peaking at #8.

Out In The Street:

“My Generation” and “The Kids Are Alright” in particular remain two of the group’s most-covered songs; while “My Generation” is a raw, aggressive number that presaged the heavy metal and punk rock movements, “The Kids Are Alright” is a more sophisticated pop number, with chiming guitars, three-part harmonies, and a lilting vocal melody, though still retaining the driving rhythm of other Who songs of the period.