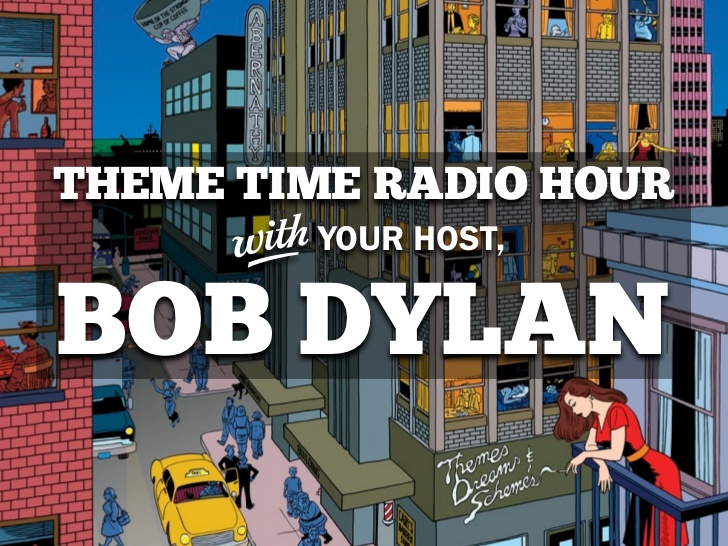 Theme Time Radio Hour (TTRH) was a weekly, one-hour satellite radio show hosted by Bob Dylan originally airing from May 2006 to April 2009. Each episode was an eclectic, freeform mix of blues, folk, rockabilly, R&B, soul, bebop, rock-and-roll, country and pop music, centered on a theme such as “Weather,” “Money,” and “Flowers” with songs from artists as diverse as Patti Page and LL Cool J. Much of the material for the show’s 100 episodes was culled from producer Eddie Gorodetsky’s music collection, which reportedly includes more than 10,000 records and more than 140,000 digital files.