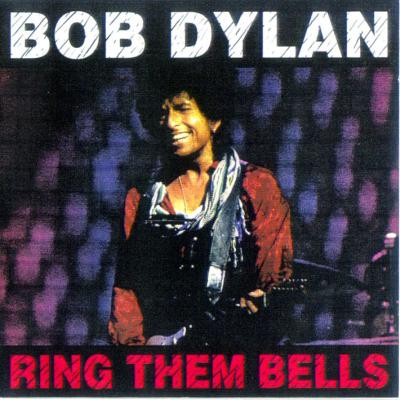 photo: Taken from a bootleg of Oh Mercy outtakes

The lyrics of the Dylan’s song Ring Them Bells are dark, to me, they are much darker than  the melody reveals. The Melody sounds sombre but uplifting in its own dignified way. I can understand why so many artists have made their own interpretations of the song. I have picked a few that I like especially good.

Let us start with Sarah Jarosz’s acoustic performance of Ring Them Bells for Vanguard and Sugar Hill Record’s The Americana Sessions recorded and taped at Minutia Studios in Nashville, TN. It is taken from  Jarosz’s 2011 album,  Follow Me Downavailable on Sugar Hill Records.

My second choice is quite different but equally good.


Ring them bells, ye heathen
From the city that dreams
Ring them bells from the sanctuaries
’Cross the valleys and streams
For they’re deep and they’re wide
And the world’s on its side
And time is running backwards
And so is the bride

Ring them bells St. Peter
Where the four winds blow
Ring them bells with an iron hand
So the people will know
Oh it’s rush hour now
On the wheel and the plow
And the sun is going down
Upon the sacred cow

Let us continue with a true collaborative effort.

Ring them bells St. Catherine
From the top of the room
Ring them from the fortress
For the lilies that bloom
Oh the lines are long
And the fighting is strong
And they’re breaking down the distance
Between right and wrong

Let us show you two more great finds, first, this is the twenty-first track of the “Twenty-five Years – Twenty-five Songs” DVD by Mary Black called “Ring Them Bells”. The source of this clip is Kenny Live – Mary Black Special (1995). Joan Baez also has a live albums with the title Ring Them Bells named after this song.

and finally a rare Warren Zevon interpretation of one of Bob Dylan’s songs.

Other fine versions to find on the web are by:
Heart, Chris Cornell, Caroline Henderson and many more.

9 thoughts on “5 great cover versions of Ring Them Bells”