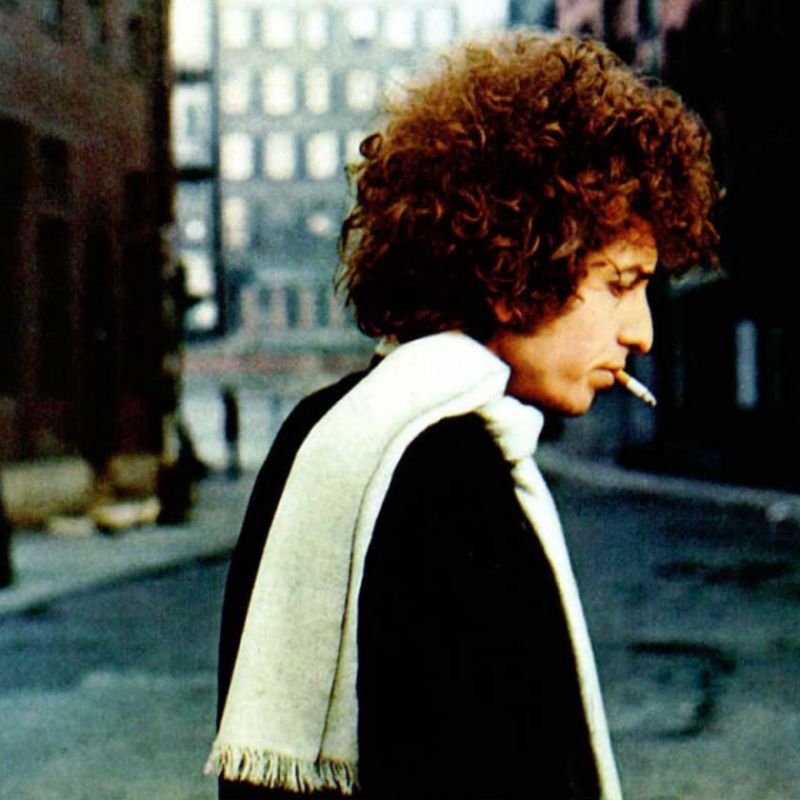 Bob Dylan and Mavis Staples – Gotta Change my way of thinking:
Completely re-written and including  some humorous banter between the two.

“The set closes with the Dylan/Staples duet. Performed by Dylan’s own touring band, this is a house-burning blues, ripping in the dark, razor-cut of Dylan’s voice. Staples wanders in after about a minute, and after a pleasant and humorous exchange, joins Dylan on the funkiest, most apocalyptic track on the set. This is raw, furious, scorching blues-funk. This is not an exercise in reverence but revelation, the roar of struggle and resolution, with the singers staring into the void and seeing the blackness and horror, retreating from the edges and the drunkenness of fear to the font of refuge.”
– Thom Jurek (Allmusic)

On 16 July 2005, Bob Dylan performed at the “Amazon.com 10th Anniversary Event”, in Seattle. The whole concert was shown live online. Norah Jones, who had performed earlier,  joined Bob Dylan on stage for a superb duet of I Shall Be Released.

Bob Dylan sang duet with Emmylou Harris, who also sung backing vocals on several other Desire tracks. The country singer-songwriter was just beginning to break through into the big time when she collaborated with the folk legend. In fact after she’s completed her sessions, Harris went back to working on her own album Elite Hotel, for which she later won a Grammy. In a 2010 interview with Gibson.com, she recalled that Dylan didn’t actually know who she was:

“There was a fellow at Columbia that was a fan, who was like an executive producer, and I think Dylan told him ‘I need a girl singer.’ Don DeVito was his name and I got a call that Dylan wants you to sing, but that wasn’t true because he just wanted a girl singer. I mean we basically shook hands and started recording. I didn’t know the songs, the lyrics were in front of me, and the band would start playing and he would kind of poke me when he wanted me to jump in. Somehow I watched his mouth with one eye and the lyrics with the other. You couldn’t fix anything. What happened in a moment was on the record.”

Susan Tedeschi (43) is an American blues and soul musician who has received multiple Grammy Award nominations and is well-known for her singing voice, guitar playing, and stage presence. She is a member of the Tedeschi Trucks Band (originally known as “Soul Stew Revival”), which is a conglomeration of her band, her husband’s The Derek Trucks Band, and other musicians.

She has covered several of Dylan’s songs.

Bob Dylan has personally invited Susan Tedeschi to open his show in Newark, Nov. 20, 1999. He was so impressed with Tedeschi a few weeks back after seeing her jam with Phil Lesh, who was on tour with Dylan, that he immediately invited her to open his Newark show.

“It’s really kind of trippy, actually, it’s someone who has always been such a legend and an idol of mine that I’m just honored that he asked. I’m actually losing a lot of money to do it but it’s Dylan so I don’t care. It’s Bob Dylan! My father and mother have been going to Dylan shows since the early ’60s so I was pretty much weened on Dylan, the Beatles and Buddy Holly.”
– Susan Tedeschi