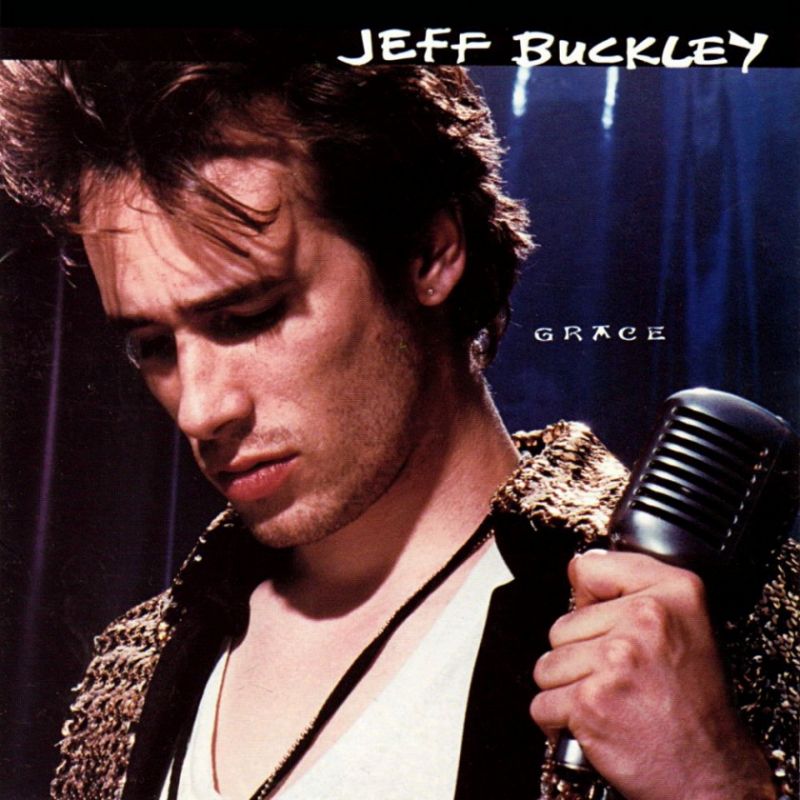 Grace is the only complete studio album by Jeff Buckley, released on August 23, 1994. While the album initially had poor sales, peaking at No. 149 in the U.S., and received mixed reviews, it gradually acquired critical and popular acclaim and has now sold over 2 million copies worldwide. An extended version of the album (subtitled “Legacy Edition”) celebrating its tenth anniversary was released on August 23, 2004, and it peaked at No. 44 in the UK.

“Grace‘s strengths have been well-documented over the years: The flawless choice of cover songs, including the definitive reading of Leonard Cohen’s “Hallelujah” (that we learn on the documentary was actually chosen based on John Cale’s 1991 version from the Cohen tributeI’m Your Fan); the mystic, blue textures of “Mojo Pin”, “So Real” and “Dream Brother” that seemed as related to Led Zeppelin as to Scott Walker as to Buckley’s father; Wallace’s sympathetic, intimate production and the band’s equally sensitive following of Buckley’s lead. And of course, he sang the hell out of those songs. His voice turned upward songs that naturally leaned inward; his reading of Nina Simone’s “Lilac Wine” transformed from misty cocktail lament into transcendental experience, and the unlikely recasting of English composer Benjamin Britten’s “Corpus Christi Carol” into ambient lullaby.”
– Dominique Leone (Pitchfork)

I like Grace better today than I did when it was released back in 1994, I had played the hell out of Live at Sin-e (EP) and wasn’t sure what to make out of the Grace album. It was more straight forward (and kind of bombastic) in my ears, back then I thought that was a bad thing, today I find it one of the album’s strongest qualities. It has grown on me, and I consider it very good album today. Sometimes you need to give art time to find its way into your mind, maybe it was just me being too “dim” to recognize the greatness. Who cares, I love the album now!

“Jeff Buckley was many things, but humble wasn’t one of them. Grace is an audacious debut album, filled with sweeping choruses, bombastic arrangements, searching lyrics, and above all, the richly textured voice of Buckley himself, which resembled a cross between Robert Plant, Van Morrison, and his father Tim. And that’s a fair starting point for his music: Grace sounds like a Led Zeppelin album written by an ambitious folkie with a fondness for lounge jazz.”
– Stephen Thomas Erlewine (Allmusic)