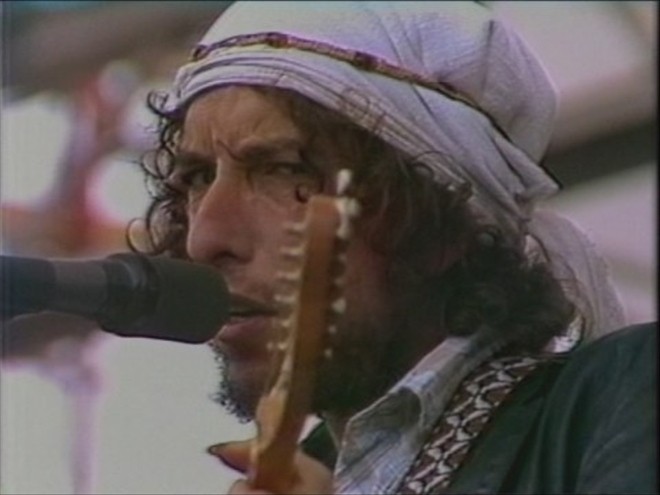 Rimbaud has been a big influence on me. When I’m on the road and want to read something that makes sense to me, I go to a bookstore and read his words.
~To Neil Hickey, Sep 1976

Here are 7 videos you absolutely need to see. They are chosen for their historical significance and/or blistering performances.

3. Tangled Up In Blue

5. Shelter From The Storm

’Twas in another lifetime, one of toil and blood
When blackness was a virtue and the road was full of mud
I came in from the wilderness, a creature void of form
“Come in,” she said, “I’ll give you shelter from the storm”

Someone’s got it in for me, they’re planting stories in the press
Whoever it is I wish they’d cut it out but when they will I can only guess
They say I shot a man named Gray and took his wife to Italy
She inherited a million bucks and when she died it came to me
I can’t help it if I’m lucky

7. Changing of The Guards