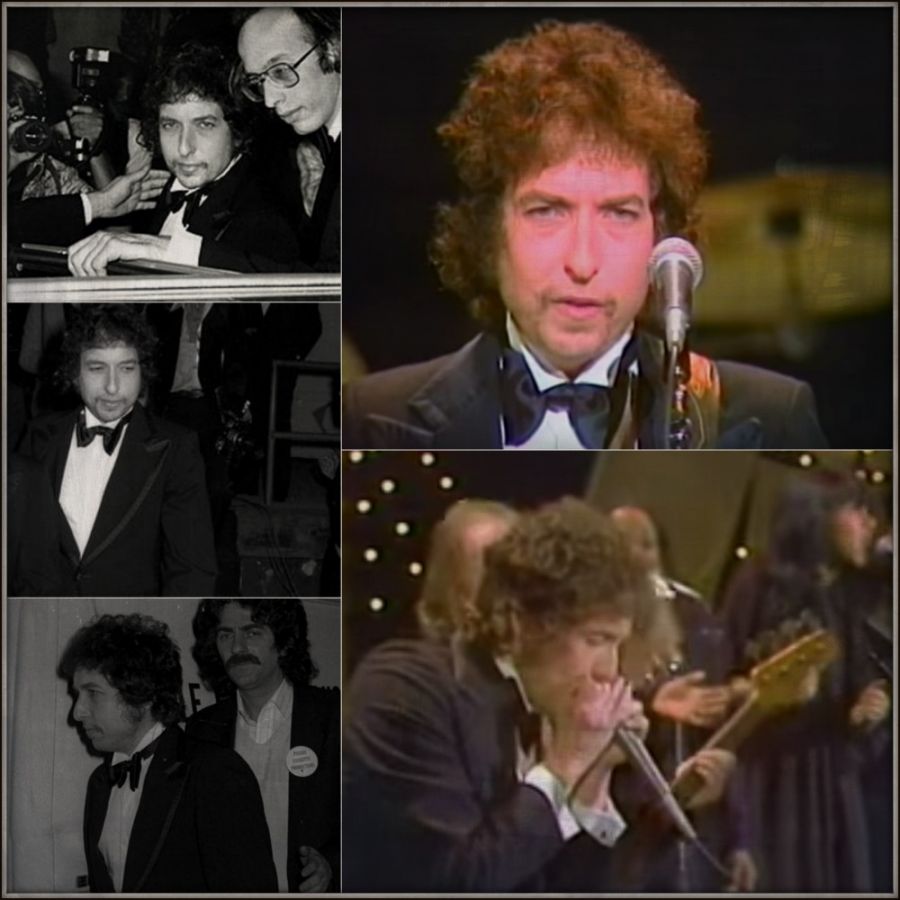 Dylan receives the Grammy for Best Vocal Performance 1979 (for his “Gotta Serve Somebody” single) at the 22nd Grammy Award at the Shrine Auditorium in Los Angeles. In his acceptance speech he thanks “The Lord, Jerry Wexler and Barry Beckett who believed”.

…a mere eight days after the final Saved session, Dylan and the band delivered a definitive rendering of another song they had been nightly regurgitating in concert over the past three months. The song was ‘Gotta Serve Somebody.’ The occasion was the annual Grammy awards ceremony. Nominated for best male rock vocal performance, Dylan and the band proceeded to show what a week of rest, at home in LA, might have done for all parties concerned, even if the award was already in the bag (it was his first Grammy) and the next album in the can.
-Clinton Heylin (Behind The Shades)