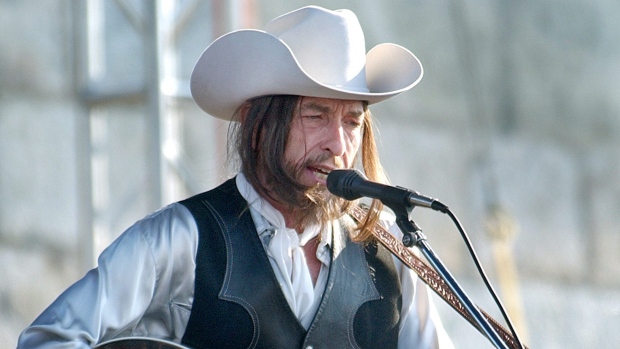 Dylan’s response to all the media excitement was to wear a ludicrous wig and a ridiculous false beard. There was a reason for this, he had been wearing them to tape a music video for a Civil War film – Gods and Generals – but nevertheless even with that explanation it was quite a bizarre appearance. This did mean that, handily enough, although Bob was for once open to photographers taking his picture, they could only take a snap of a man in a false wig and a false beard.
-Andrew Muir (One More Night)

As quoted above “Bob was for once open to photographers taking his picture”, so there are lots of pictures available using a google image search.

Here are some of them: 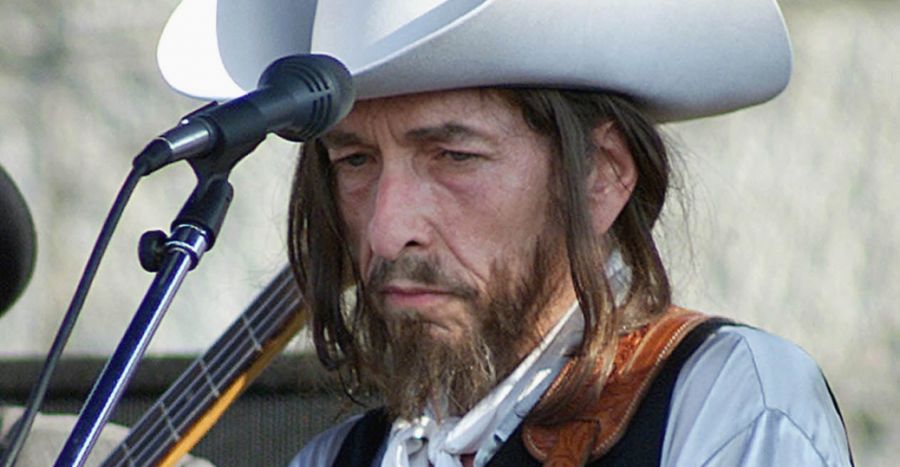 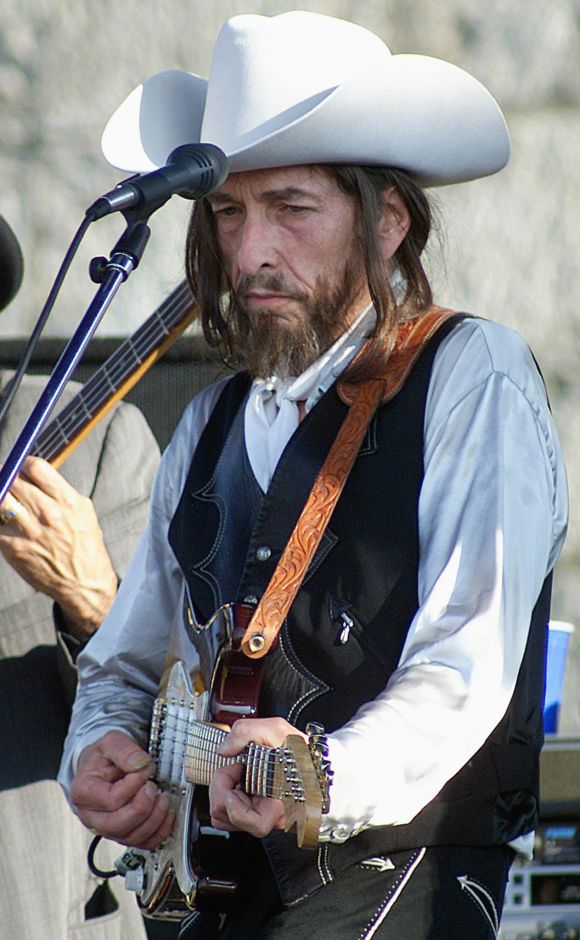 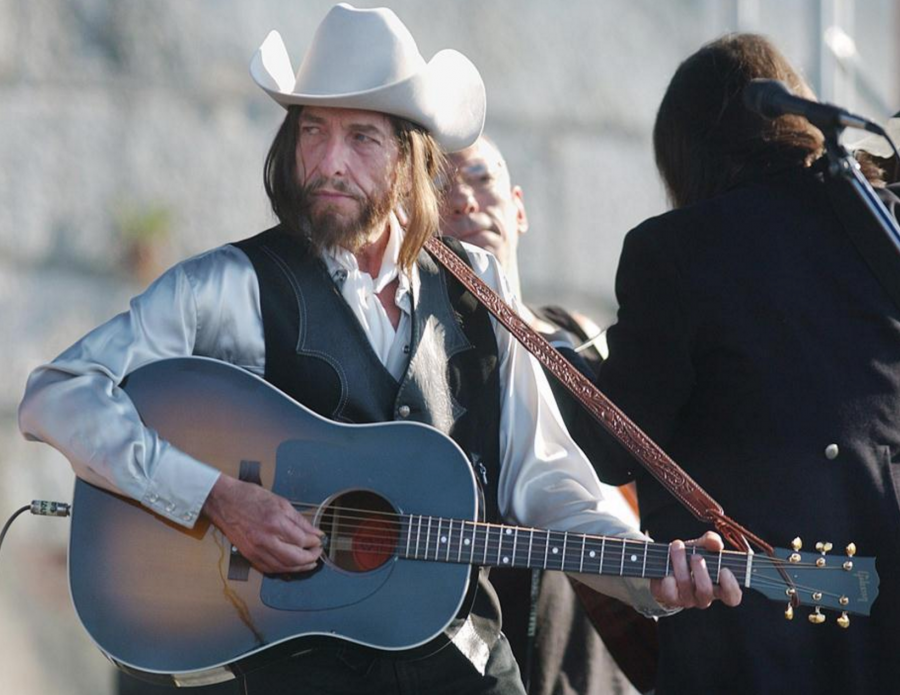 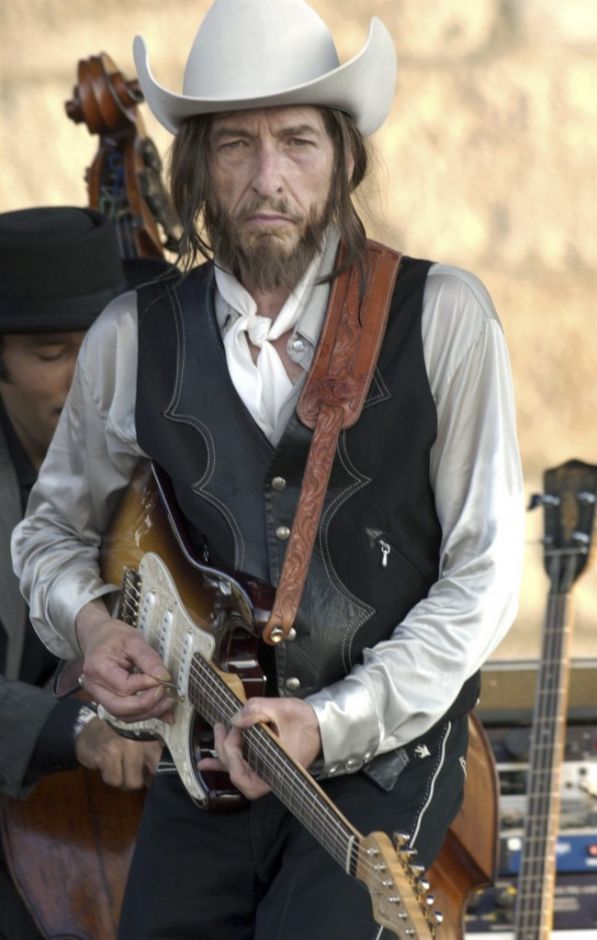 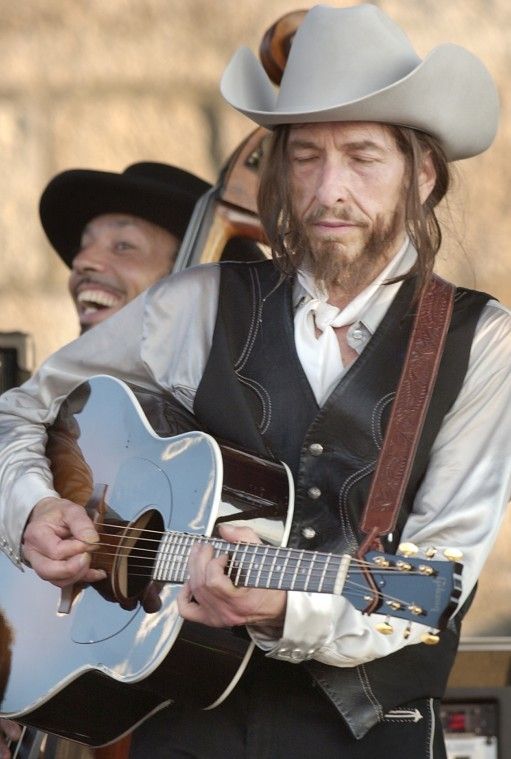 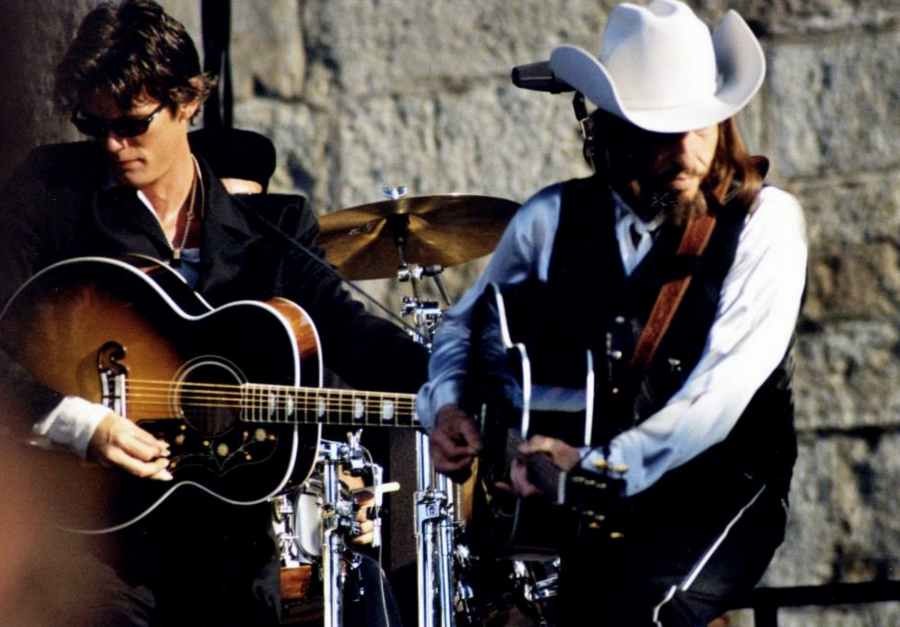