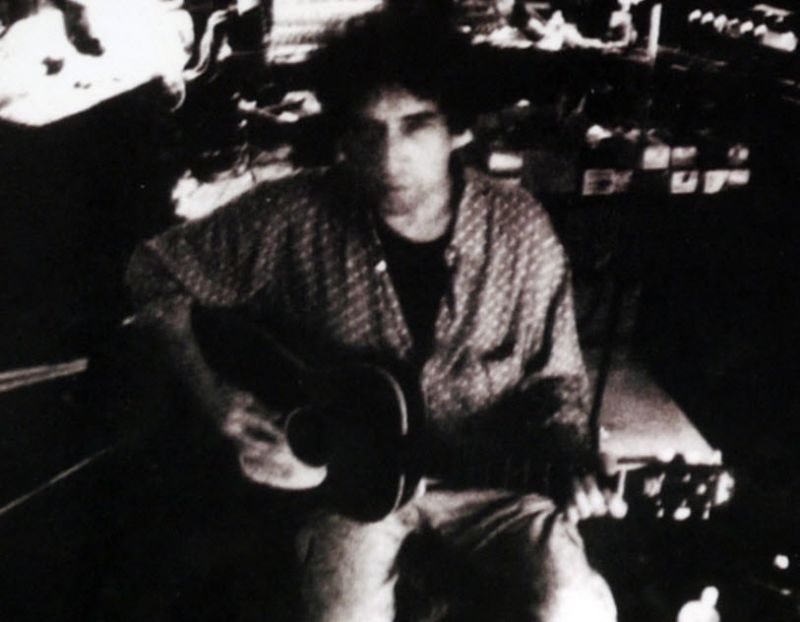 Can’t Wait is located @ #150 on my top 200 Dylan songs list. The “Oxnard version” (released in 2008 on TTS) however would  surely have ended up inside of top 100, maybe even top 75. This version has a more naked sound, better vocals & I like the lyrics better.

But the TOOM version is also very good, certainly not a pig’s ear….

Here ‘the air burns’. Dylan sounds like Howlin’ Wolf, his head ‘caught in a trap’, though as Paul Williams points out, he also sounds like a ‘sly dog’. The music is more sprightly, and Dylan ha a hint of threat in his voice, buoyed up by the slowed-down blues beat, swamp rock with teeth. What Nick Johnstone described as ‘big echoey chambers, swampy, haunting looping drums, the lonesome guitars and Dylan’s voice old, gnarled & corroded’.
~Brian Hinton (Bob Dylan Album file & Complete Discography) 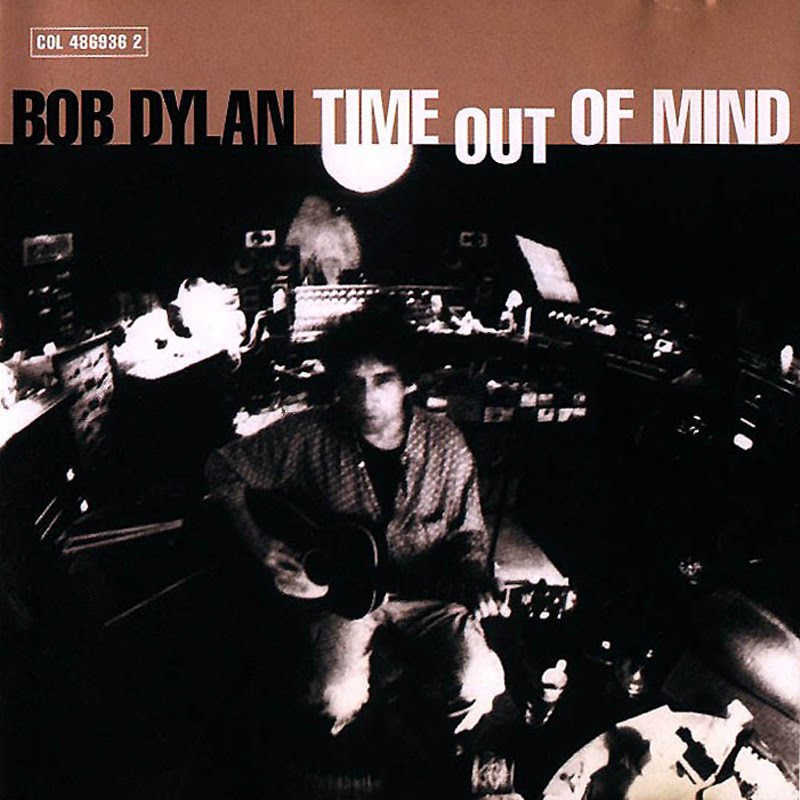 [Time Out of Mind] is the first album I’ve done in a while where I’ve protected the songs for a long time.
~Bob Dylan (to Nick Krewen, August 1997)

Time Out of Mind is the thirtieth studio album by the American singer-songwriter Bob Dylan, released on September 30, 1997 by Columbia Records. It was his first double studio album (on vinyl) since Self Portrait in 1970. It was also released as a single CD.

* I’ve never heard this version.. If anyone reading this can point me in the right direction that would have been much appreciated.

I’m your man, I’m trying to recover the sweet love that we knew
You understand that my heart can’t go on beating without you
Well, your loveliness has wounded me, I’m reeling from the blow
I wish I knew what it was keeps me loving you so
I’m breathing hard, standing at the gate
But I don’t know how much longer I can wait

Skies are grey, I’m looking for anything that will bring a happy glow
Night or day, it doesn’t matter where I go anymore, I just go
If I ever saw you coming I don’t know what I would do
I’d like to think I could control myself, but it isn’t true
That’s how it is when things disintegrate
And I don’t know how much longer I can wait

I’m doomed to love you, I’ve been rolling through stormy weather
I’m thinking of you and all the places we could roam together

It’s mighty funny, the end of time has just begun
Oh, honey, after all these years you’re still the one
While I’m strolling through the lonely graveyard of my mind
I left my life with you somewhere back there along the line
I thought somehow that I would be spared this fate
But I don’t know how much longer I can wait 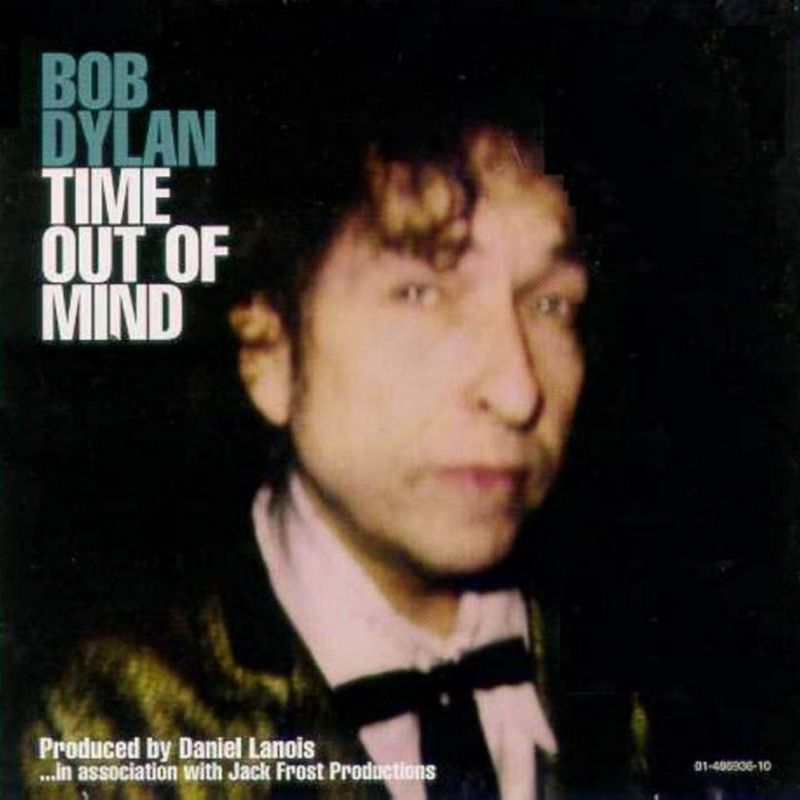 The other two versions

However, the 2008 release of Tell Tale Signs (The Bootleg Series Vol. 8) reveals ‘Can’t Wait’ to be a song
only captured on CD after it had (long) exceeded its ‘best by’ date. On this expansive overview of the ‘detritus’ from Dylan’s 1989- 2006 output, fans were given two alternate visions of the song, both radically different from – and markedly superior to – the one on the 1997 album. The first came from the fall 1996 Oxnard sessions; the second from Criteria, at a time when the song was already threatening to defeat the man (the latter is dubbed ‘psychedelic mix’ in the TTS notes).
~Clinton Heylin (Still on the Road: The Songs of Bob Dylan Vol. 2, . 1974-2008

Jeff Rosen called me a couple of months ago and said he was thinking or releasing the demo version of “I Can’t Wait”. That was my demo, which was done at my theatre. I was renting a theatre at the time in a place called Oxnard [California]. I had my shop set up there for a while. So Bob Dylan would roll down to the teatro, cos it was a Spanish town. That’s where we did the demos for Time Out Of Mind, and out of that demo session came some lovely things, including that version of “I Can’t Wait”, which I feel has a lot of thunder in it. It’s very stripped down ’cause it’s piano – Bob on my lovely turn of the century Steinway, which has a roaring bass in it; me on my goldtop 1956 Les Paul, through a Vox, and Pretty Tony on the drums, who was a friend of mine who stopped by the help with the demos. I was sad to abandon that version, ’cause I think it has lot of rock’n’roll in it.
~Daniel Lanois (to Uncut Magazine)

That’s how it is
Well, try to concentrate
And I don’t know
How much longer I can wait 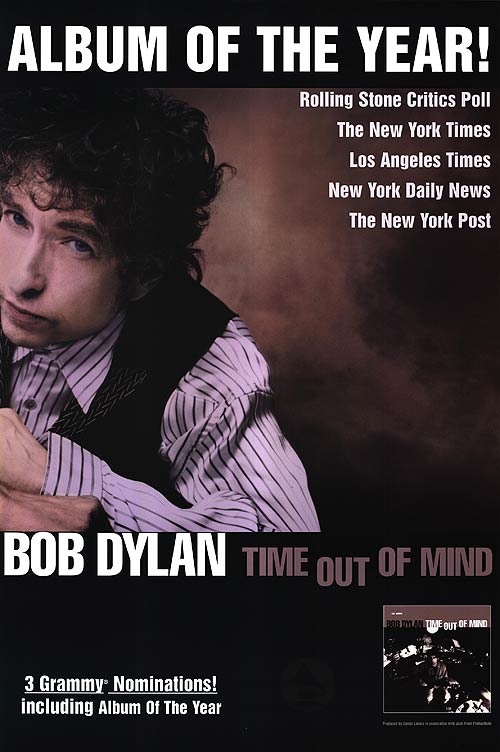 Can’t Wait has been performed 188 times live by Dylan.

Here are a couple of Great performances: