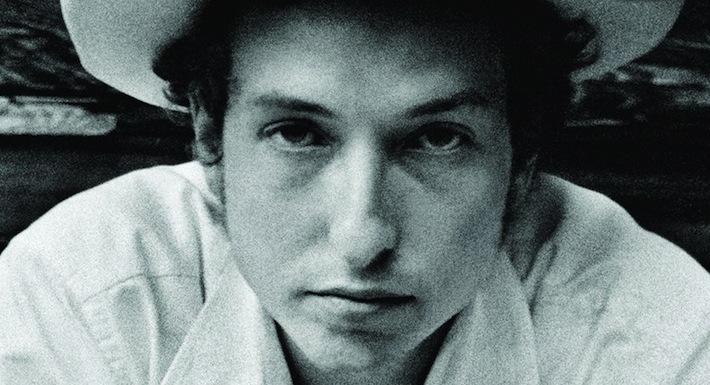 “No, I don’t belong to her, I don’t belong to anybody
She’s my Christ forsaken angel but she don’t hear me cry
She’s a lone hearted mystic and she can’t carry on
When I’m there she’s alright but then she’s not when I’m gone”
-from “I´m Not There”

There are times you just pick up an instrument—something will come . . . some kind of wild line will come into your head and you’ll develop that. If it’s a tune on the piano or guitar . . . you’ll write those words down. And they might not mean anything to you at all, and you just go on. . . . Now, . . . if I do it, I just keep it for myself. So I have a big lineup of songs which I’ll never use.
—Dylan, Sing Out! June 1968

Finally, for its fortieth birthday, it received an official release under the same name as the film it unwittingly inspired, “I’m Not There.” Hallelujah.
-Clinton Heylin (Revolution in the Air: The Songs of Bob Dylan, 1957-1973

“Dylan’s saddest song, achieved without benefit of context or detail. It’s like listening to the inspiration before the song is wrapped around it.”
-John Bauldie (The Telegraph)

“‘What’s astonishing here is that we can feel with great intensity and specificity what the singer is talking about, even though 80% of the lyrics have not been written yet!… It’s as though when Dylan writes, the finished song is not constructed piece by piece as we might imagine, but tuned in; there is an entirety from the first but still out of focus, like the photograph of a fetus, a blur whose identifying characteristics are implicit but not yet visible — not because they’re obscured but because they haven’t yet taken shape. ‘I’m Not There’ is a performance complete in feeling”
– Paul Williams

“a trance, a waking dream, a whirlpool… Words are floated together in a dyslexia that is music itself — a dyslexia that seems meant to prove the claims of music over words, to see just how little words can do… In the last lines of the song, the most plainly sung, the most painful, so bereft that after the song’s five minutes, five minutes that seem like no measurable time, you no longer believe that anything so strong can be said in words.”
-Grail Marcus

“It’s almost as though he has discovered a language or, better, has heard of a language: heard about some of its vocabulary, its grammar and its sounds, and before he can comprehend it, starts using this set of unformed tools to narrate the most important event of his life… [Rick] Danko plays [bass] as if he knows that all his life this song has been waiting for him to complete it, and that he will be given only one chance.”
– Michael Pisaro

It’s a milestone
But she’s down on her luck
And the day makes her lonely
But to make it hard to buck, now and then

No I don’t belong to her
I don’t belong to any body
She’s my Christ-forsaken angel
But she don’t hear me cry
She’s a lone-hearted mystic
And she can’t carry on
When I’m there, she’s all right
But she’s not when I’m gone

Heaven knows that the answer
She don’t calling no one
She’s the way, forsaken beauty
For she’s mine, for the one
And I lost her, hesitation
By temptation as it runs
But she don’t holler me
But I’m not there, I’m gone

Now I’ll cry tonight
Like I cried the night before
And I’m knees on the hassle
But I’ll dream about the door
It’s so long, she’s forsaken
By her faith, worse to tell
It don’t have contonation
She smiles, fare thee well

Now when I treat to leave ‘er
I was born to love her
But she knows that the kingdom awaits
So high above her
And I run a better race
But it’s not too fast still
But I don’t perceive her
I’m not there, I’m gone

Yeah, she’s gone like the rain
Below the shining yesterday
But now she’s home beside me
And I’d like her here to stay
She’s a lone, forsaken beauty
And it don’t trust anyone
And I wish I was beside her
But I’m not there, I’m gone

Well, it’s too hard to stay here
And I don’t want to leave
It’s so bad, for so few
See, but she’s a heart too hard to need
It’s alone, it’s a crime
The way she mauls me around
But she don’t fall to hate me
But tears are gone, a painted clown

Yes, I believe that it’s rightful
Oh, I believe it in my mind
I’ve been told like I said one night before
Carry on the cryin’
And the sole gypsy told her
Like I said, carry on
I wish I was there to help her
But I’m not there, I’m gone

Dylan has never played this song live, but there is one fine cover version.

Sonic Youth (from the soundtrack):