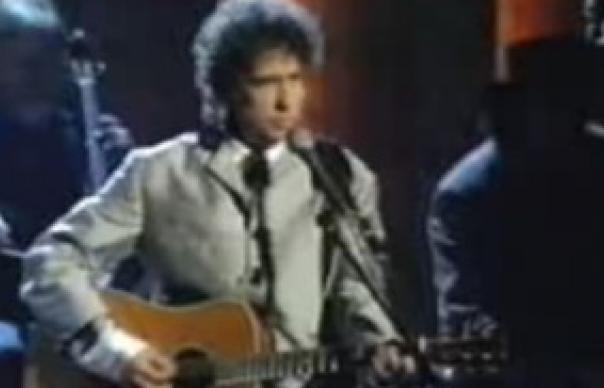 Oh, ev’ry thought that’s strung a knot in my mind
I might go insane if it couldn’t be sprung
But it’s not to stand naked under unknowin’ eyes
It’s for myself and my friends my stories are sung
But the time ain’t tall, yet on time you depend
And no word is possessed by no special friend
And though the line is cut
It ain’t quite the end
I’ll just bid farewell till we meet again

Oh a false clock tries to tick out my time
To disgrace, distract, and bother me
And the dirt of gossip blows into my face
And the dust of rumors covers me
But if the arrow is straight
And the point is slick
It can pierce through dust no matter how thick
So I’ll make my stand
And remain as I am
And bid farewell and not give a damn