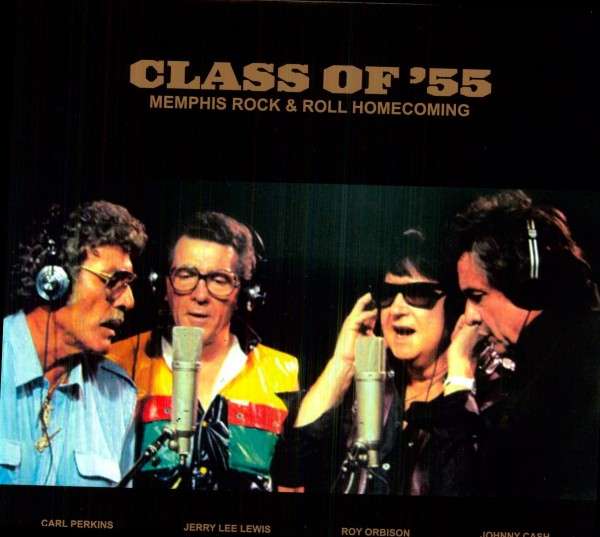 In part a tribute to Elvis Presley, it was mainly a commemoration of those young performing hopefuls, the four album participants included, who came to Sun Records in 1955 to make music in the new era of Rock and Roll. Recorded at Sam Phillips’ Sun Studios and completed at American Sound Studios, the album was documented by Dick Clark Productions, which filmed it from start to finish; by The Commercial Appeal, the Mid-South’s largest circulation newspaper; and by Nine-O-One Network Magazine, the first edition of which was sold with the album in a telemarketing package.

The final song of the session, “Big Train (from Memphis)”, written by John Fogerty, includes the blended voices of John Fogerty, The Judds, Dave Edmunds, Ricky Nelson, Sam Phillips, and June Carter Cash. Fogerty told a reporter that he was thinking about the old Sun Records sound when he wrote the song.

The recorded “Interviews from the Class of ’55 Recording Sessions” earned the 1987 Grammy Award for Best Spoken Word Album for the four performers plus for producer Chips Moman, Sam Phillips and Ricky Nelson. For Nelson, it was his last recording session and only Grammy Award of his career.

Cash, Lewis and Perkins had previously collaborated in 1956 with the Million Dollar Quartet and in 1982 with The Survivors Live. 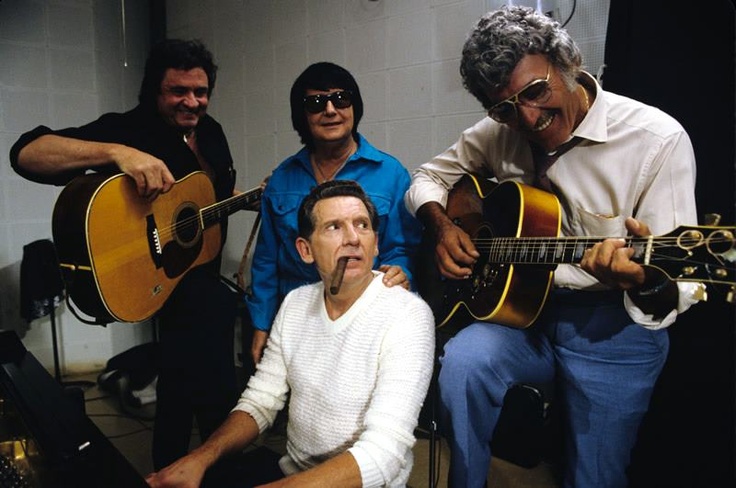 Throughout the years ever since I left Sun records in 1958, somebody at one time or another every year said you should go back to Memphis to record the old feel, the old sound..
~Johnny Cash (Class of 55)