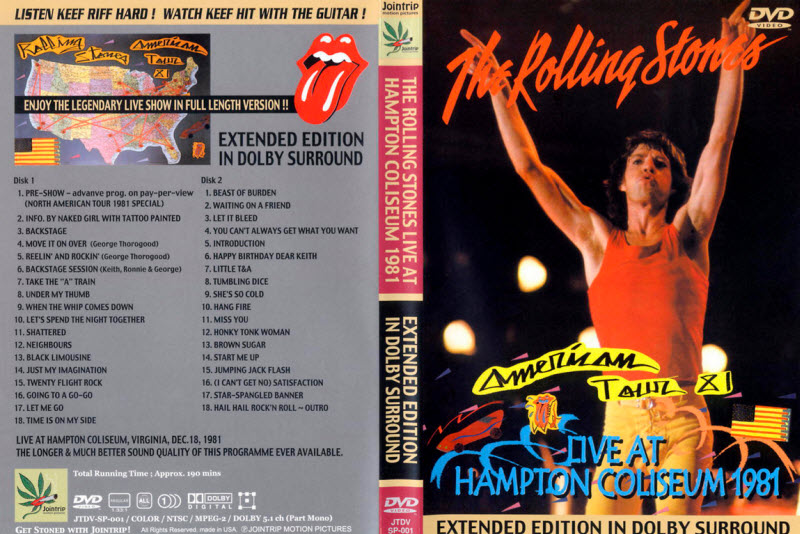 .. The tour was winding down — only one other show remained — and it was the day guitarist Keith Richards turned 38, so perhaps that’s the reason why the band seemed to be in a celebratory mood. No matter the reason, the Stones are on fire here, charging through their 1981 set, a set that was heavy on oldies (there’s a three-song sequence of “Just My Imagination (Running Away with Me),” “Twenty Flight Rock,” and “Going to A Go Go”) and nasty rockers (it opens with “Under My Thumb” and “When the Whip Comes Down,” effectively setting up the slide into Undercover in the next year). Perhaps it was this palpable sense of sleaze that possessed a fan to bum rush the stage during “Satisfaction,” a move that required Keith to weaponize his Telecaster and attack the invader, providing an appropriate capper to a night when the old pros could still seem dangerous.
~Stephen Thomas Erlewine (allmusic.com) 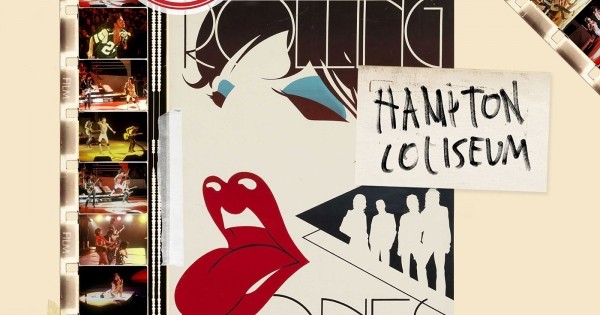 Two items of note from this performance: 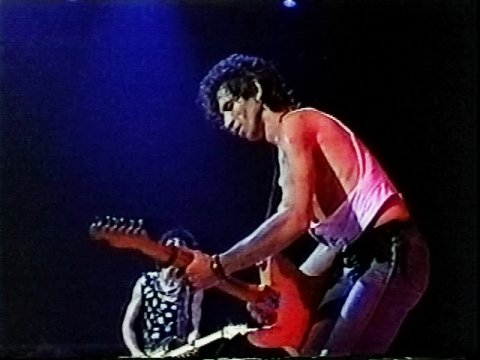