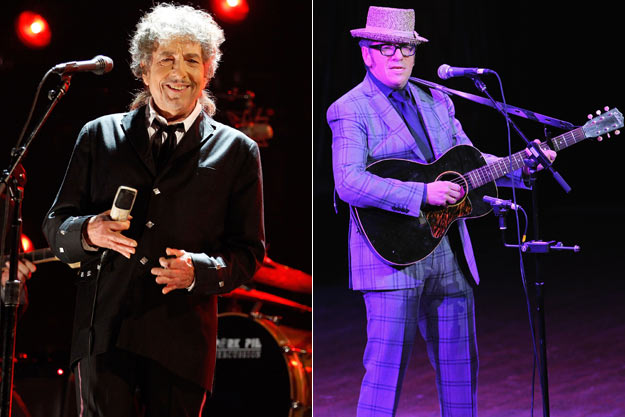 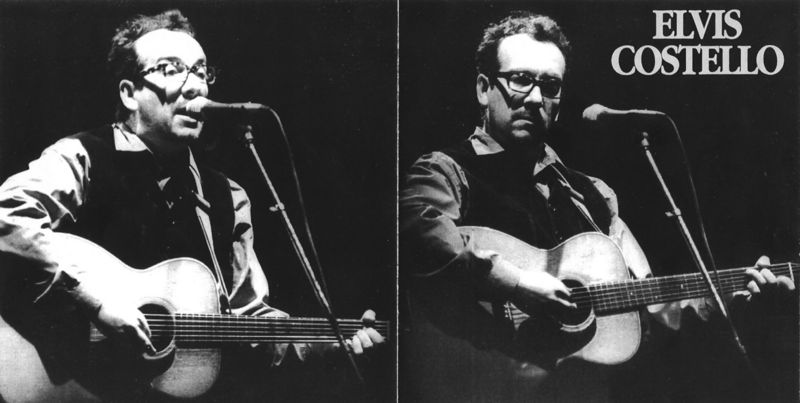 
Elvis Costello And The Imposters – License To Kill (live, 24 may 2011) a song he also did for the Dylan/Amnesty covers album:

Elvis Costello/Flip City – Knocking on heaven’s door (audio), this song is unreleased by Elvis Costello, but he recorded it with Flip City in 1975 and performed it in concert with Roger McGuinn on two occasions: 1998-10-24 and 2001-05-11(I could not find those…):

This is a stretch, but Elvis Costello is in the band. Ron Sexsmith sings Ring Them Bells with Elvis Costello, Sheryl Crow, Neko Case and Jesse Winchester on Spectacle:

Elvis Costello – When I Paint My Masterpiece (live, audio, 10 June 2012, Reykjavik), the quality is a bit bad, but interesting none the less:

I could not find You’re gonna make me lonesome when you go from The Kojak Variety (extended).