Jason Isbell (born February 1, 1979) is a singer, songwriter, and guitarist from Greenhill, Alabama, near Muscle Shoals.

After spending six years with Southern rock outfit Drive-By Truckers, singer/guitarist Jason Isbell left the group in 2007 to pursue a solo career. Isbell had already honed his songwriting skills during his tenure with the Truckers, and he funneled those talents into Sirens of the Ditch, a bluesy, punk-infused lesson in guitar tones and Southern swagger that marked his solo debut in summer 2007. Backed by a new band dubbed  the 400 Unit, Isbell took his songs on the road and soon began penning another album, which he recorded with the 400 Unit in 2008. Released the following year,Jason Isbell and the 400 Unit was another step away from his work with Drive-By Truckers, relying as much on sad, melancholic country ballads as the familiar Muscle Shoals sound.
–by James Christopher Monger 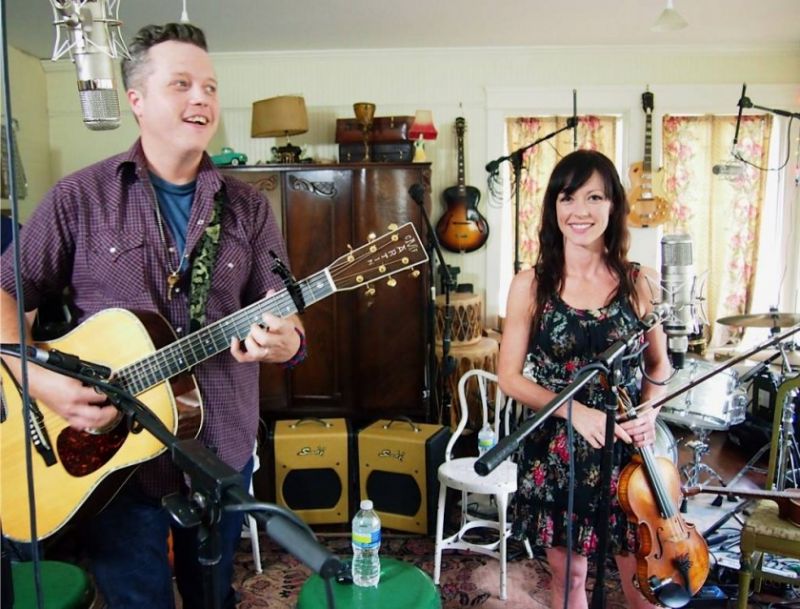 “I couldn’t believe those songs were coming out of that kid! When it was my turn, he played along on my songs like he’d been playing on them forever.”
– Patterson Hood

What is even more impressive than he holding his own in DBT is that he just keeps getting better with his new band The 400 Unit, his albums are constantly good and the concerts gets good to great reviews always.

I belive Jason Isbell is a fantastic artist, and I’ve put together a top 30 list of his songs. Solo, with the Truckers and with the 400 unit, a great list of songs.