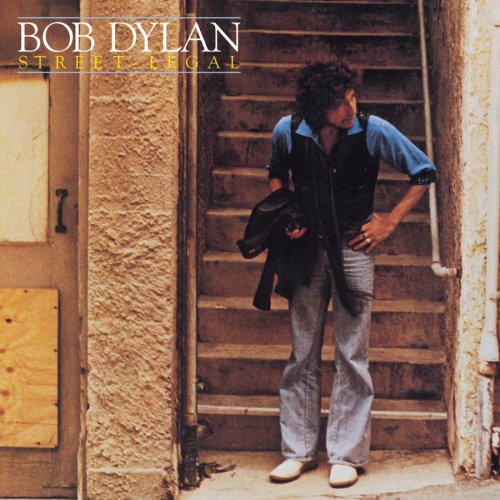 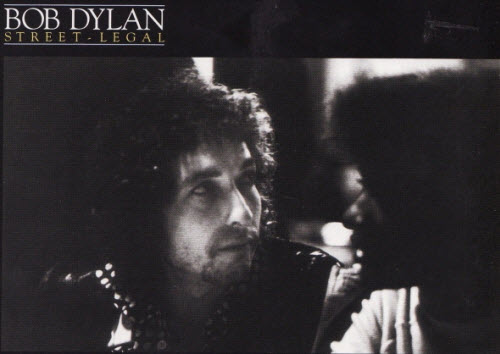 Street-Legal is the eighteenth studio album by Bob Dylan, released on June 15, 1978 by Columbia Records. The album was a serious musical departure for Dylan, who uses a large pop-rock band—complete with female backing vocalists—for the first time.

Following the twin successes of Blood on the Tracks and Desire, Street-Legal was another gold record for Dylan, but it peaked at only #11 on the US Billboard charts, making it his first studio album to miss the US Top 10 since 1964. However, it became his best-selling studio album in the UK, reaching #2 on the charts (his highest position in eight years) and achieving platinum status with 300,000 copies sold (the only other Dylan album to do this was The Essential Bob Dylan).

The original 1978 LP credits mastering to Stan Kalina at CBS Recording Studios NY; the album was produced by Don DeVito. In 1999, Street-Legal received a special remixing and remastering job from DeVito. The newer version boasted richer sound, correcting numerous issues with the original production. The new mix was also used in a 2003 SACD reissue of Street-Legal. However the original 1978 mix was reinstated for The Complete Album Collection Vol. 1.

Michael Watts of Melody Maker  was proclaiming it Dylan’s “best album since John Wesley Harding“. NME’s Angus MacKinnon hailed it as Dylan’s “second major album of the 70s.” In contrast to the record’s still mixed reputation, Q Magazine has given the album a 5 star rating on re-release on two occasions, pointing out that the original muddiness of the production was part of the reason the record has so long been critically overlooked.

When Dylan embarked on his European tour, he would be greeted by a generally warm audience reception, and his single, “Baby, Stop Crying” (the lyrics of which were allegedly inspired by Robert Johnson’s “Stop Breaking Down”), would chart in the top ten throughout Europe, and reached #13 on the UK Singles Chart with the album peaking at #2 on the album chart. In the US, however, the single failed to crack the top 100 and the album itself peaked at #11, ending Dylan’s string of #1 albums in America until 2006’s Modern Times. When Dylan continued his tour in America, it would be derided by the American press as the Alimony Tour and later the Vegas Tour, much to Dylan’s chagrin.

Many years later, even Street-Legal’s most ardent admirers would admit some flaws in the album, finding most fault with the production. “Street-Legal would be the first in a long line of song collections whose failure to be realized in the studio would lay a ‘dust of rumors’ over Dylan as an abidingly creative artist that he has never been able to fully shake,” writes Heylin.

In 1999, Don DeVito revisited Street-Legal and remixed the album with modern, digital techniques in an attempt to improve the mix. Admirers of the album generally seemed pleased by the new mix, but many critics who dismissed the album the first time around remained unimpressed. The new mix was later used in a 2003 SACD reissue of Street-Legal. In 2014, as part of The Complete Album Collection Vol. 1, Street-Legal was again remastered, but restored to its original 1978 Stan Kalina LP mix.