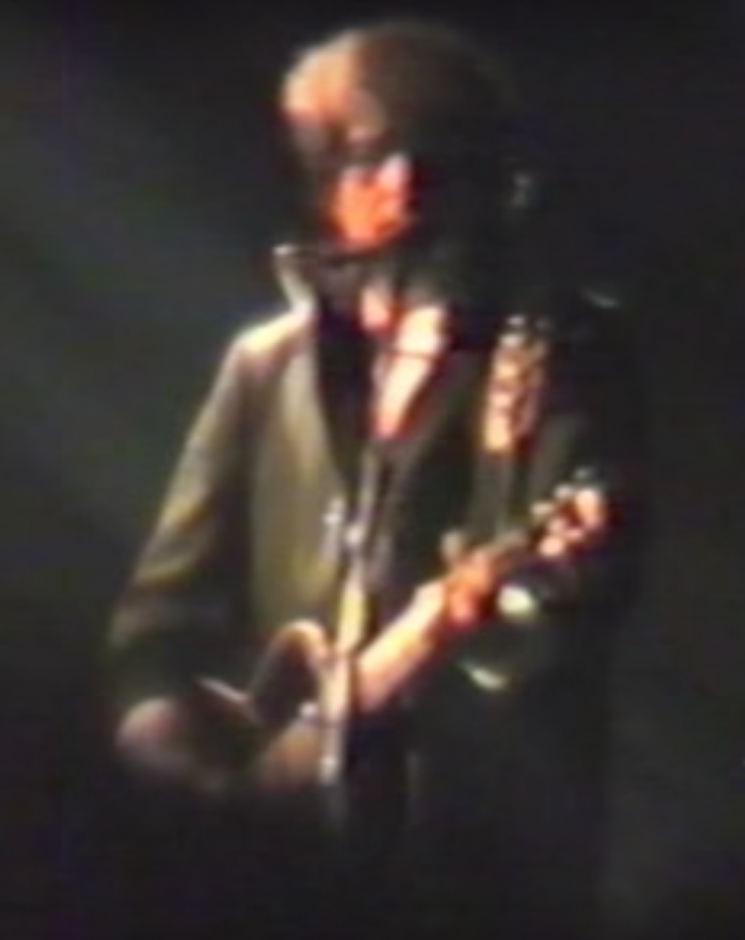 The heavyweight music press was full of praise for the Wembley show. “Oh yes: this was a rejuvenated Dylan,” Melody Maker’s Allan Jones concluded, “the master in all his raging glory. Unforgettable, unsurpassable.” NME’s Gavin Martin enthused: “Tonight all the images of Dylan fused into the crucible of his raw genius …. Poet, seer, mystic, iconic rocker, ravaged salvationist, virulent misanthrope – such descriptions are paltry. The meaning of the songs weren’t simply buried in nostalgia or in the lyrics, it was in the way he played with inflections and the sounds of the words, the way he changes the timbre of his voice
to exact the most from the frazzling guitar cauldron or the weird, disfigured acoustic interludes … tonight he proved that on form he was still unimpeachable, miles ahead of pretenders both young and old.”
~Andrew Muir (One More Night)