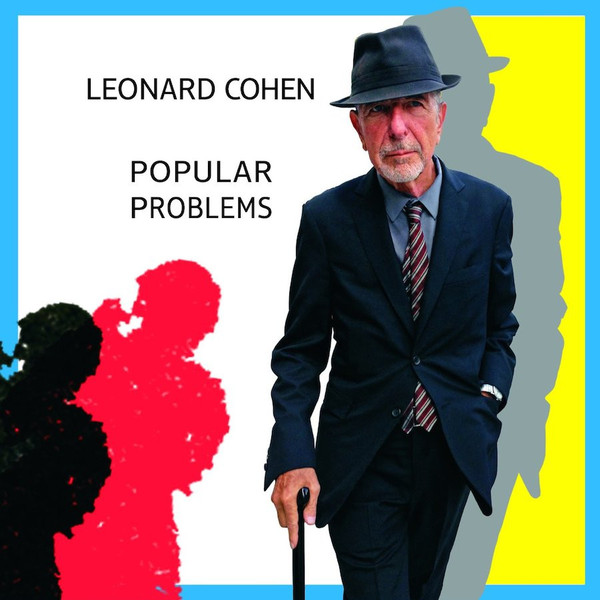 At the age of 80, Leonard Cohen has created a masterpiece. It’s a smoky, late-night concoction delivered with a deceptively light touch that masks deep seriousness.
~Neil McCormick (The Telegraph)

There’s only been one other album this year that’s hit me this hard in the gut: Rosanne Cash’s “The River & The Thread”.

Cohen’s recent album feels like a masterpiece, but I’ve only listened to it for two weeks. It needs to sink in, and by the end of the year (end year lists) we’ll see how it holds up. But for now.. Holy shit! This is wonderful music, must be his best since the brilliant “The Future” (1992).

My Favorite songs so far: Did I ever Love You, Almost Like The Blues, My Oh My,  & Slow.

Did I Ever Love You:

Most of the songs were new, though Cohen did debut “Born In Chains” onstage in 2010 and “My Oh My” was played during a soundcheck the same year.

The 2010 version of “Born In Chains” differs radically in terms of arrangements and singing compared to the 2014 studio version, and the song itself was first performed as early as 1985, during (unofficially recorded) soundcheck in Europe. The early version used earlier lyrics set to the music which later become the song “I Can’t Forget”, released on Cohen’s 1988 record I’m Your Man. Through the years, Cohen referred to the song as “Taken Out of Egypt”, reciting it on show in 1988, and humming it to the new melody in 2005 documentary Leonard Cohen: I’m Your Man.

“A Street” was recited by Cohen in 2006, during promotion of his book of poetry Book of Longing, and later printed twice, as “A Street” in March 2, 2009 issue of The New Yorker magazine, and as “Party’s Over” in Everyman’s Library edition of Cohen’s Poems and Songs in 2011. Both version included a verse referring to 9/11.

“Nevermind” was published as the poem in 2005 on The Leonard Cohen Files website, and in Book of Longing in 2006. 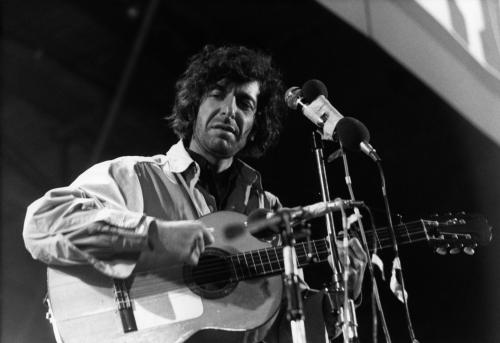 Everything here — keys, female backing chorus, acoustic instrumentation, etc. — is in their service. As always, Cohen’s songs — delivered in his deepest earth rasp — offer protagonists who are ambivalent spiritual seekers, lusty, commitment-phobic lovers, and jaded, untrusting/untrustworthy world citizens. He is them, they are him: strangers hiding in plain sight.
~Thom Jurek (allmusic.com)

To say that Popular Problems is a great album for a guy his age is to do it a disservice. It is precisely because Leonard Cohen is the age he is that Popular Problems is so good. Like Walt Whitman, or Tu Fu or Ryokan before him, Cohen’s work has continued to improve as he’s aged. Popular Problems is a mature work that could only be created after a lifetime spent in art, at a point when the search for the “holy” and the “beautiful” have been reconciled with human frailty. It’s an album in which the artist acknowledges the appreciation his work has received and the good fortune that has been bestowed on him.
~Douglas Heselgrave (pastemagazine.com)