Their musical favourites include Townes Van Zandt, Bruce Springsteen, early Bee Gees, John Martyn and Beatles (and more). Very good taste in music and the influences seep into their lovely songs. They’ve described their music as “Folk/country-ish but with a “beatlesque” touch”. That’s about right, I think.

They have mainly been a studio band so far, but they’re finally getting out of the recording boot and on to the concert scene. They’ve released a self titled EP and will start working on a full album in the fall. The songs are ready, but they’re engaged in their other bands this summer, so recording will have to wait.

We especially like the song Catch a Flame on their new EP. They told NRK (Norwegian Broadcasting Company):

– “Catch a flame” is a short little tune.  Sweet and catchy melody over a Bo Diddley rhythm. The Lyrics are about a guy intensely in love. Not based on our own lives, but we do of course relate to the song. The song has it’s own life and we don’t think the lyrics have to be experienced by either of us to be real as long as the feelings and sentiments that are expressed are real. 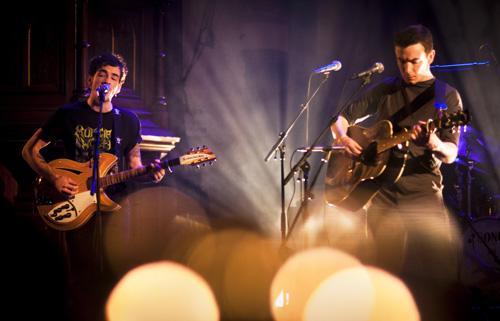 – we had given up on the song really, after numerous attempts at doing a decent recording. The guitar and vocal on the finnished version, Magnus laid down on a break just to keep it on his hard drive. That’s when the song got the light feeling we searched for. Then we added some shaker, choir, backwards-guitar and piano from our good friend, Kristian Kjærnes.

Their eponymous EP is available on Spotify:

We have quiet but direct melodies. We both play in other bands where we can rock out, so in Saturday City we keep it mellow and accoustic. (to NRK)

You can also buy their music on Itunes 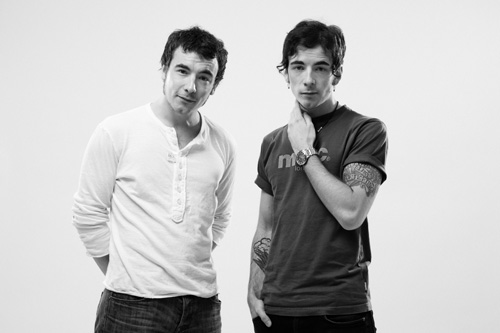 Allready a great act, check them out if you get the chance!