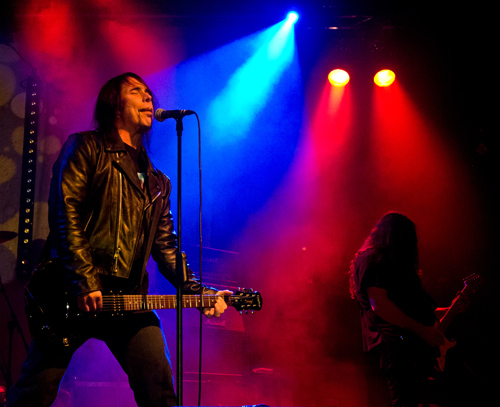 ‘It’s A Satanic Drug Thing – You Wouldn’t Understand’ – warning on the album, Spine of God

Monster Magnet is an American stoner rock band. Hailing from Red Bank, New Jersey, the group was founded by Dave Wyndorf (vocals and guitar), John McBain (guitar) and Tim Cronin (vocals and drums). The band first went by the names “Dog of Mystery”, “Airport 75”, “Triple Bad Acid” and “King Fuzz” before finally settling on “Monster Magnet”, taken from the name of a 1960s toy made by Wham-O, which Wyndorf liked when he was a child. (Wikipedia)

Monster Magnet had managed to become one of the most successful and influential bands associated with the so-called underground “stoner rock” scene. And yet, their influences span much further than that scene’s foundations in ’70s hard rock and metal, delving into space rock, psychedelia, and beyond. (Allmusic.com (by Eduardo Rivadavia)) 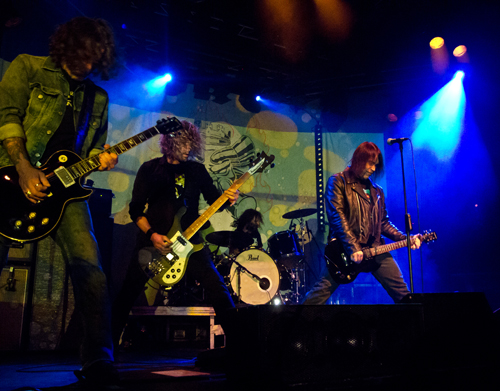 “I’m happy to announce that Monster Magnet will be performing Spine Of God (1991) in it’s entirety on tour this coming November. Spine was our first full length album and a big learning experience for us. What I recall most, though was the subject matter. I was a teenager in the early ’70’s and my experiences and impressions of that time had stayed strong within me well into my mid twenties. Like anyone, I would tell stories of my childhood days to new friends and acquaintances but for some reason I could never really relate the almost mystical effect those days had on my adolescent mind. 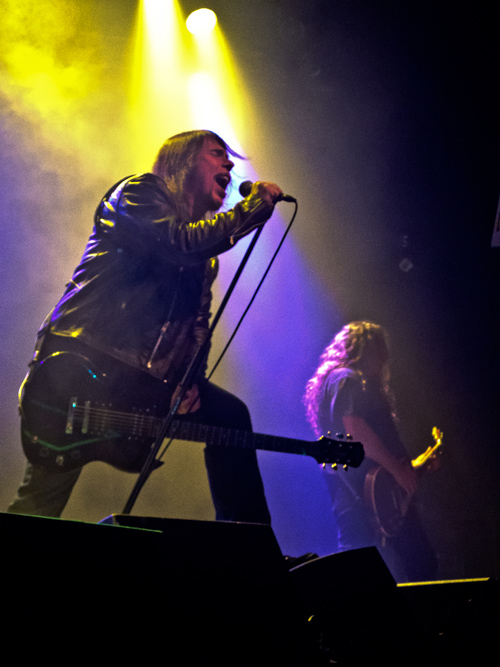 I had some pretty strange adventures back then…hung out with some pretty strange characters as well. ’60’s Flower Power was dying, giving way to a hard bitten, burned out new age. Yeah, the psychedelic imagery was still there.. better than ever in fact. The drugs were there too…MORE than ever, in fact. But the bottom line had changed…There was no political agenda with the New Jersey dirt bag-freak crowd I hung out with…no ‘peace and love.’ The whole point of the early ’70’s (it seemed to us) was to get as stoned as possible and blow our minds by any means necessary. And that’s what we did.

And I’m damned lucky to have kept my brain.

In the late ’80’s I began to write songs about my crazy teen-hood..it seemed to be the only way I could even adequately attempt to describe it… and when I joined Monster Magnet those songs became the foundation of the album, Spine Of God. It’s a distorted memoir of a time I thought would last forever but in reality was over before I could even understand it.

Played in it’s entirety, Spine is a noisy affair..fuzz boxes set on maximum, echo machines and phaze shifters morphing that distortion and carrying the stories of earth bound, Jersey burn-out culture into another dimension altogether. And, hey..if you listen close enough I swear you’ll feel the paranoid shivers of that bad acid kicking in.

This is going to be FUN, motherfuckers.. Bring your earplugs!”

The expectations were high.. 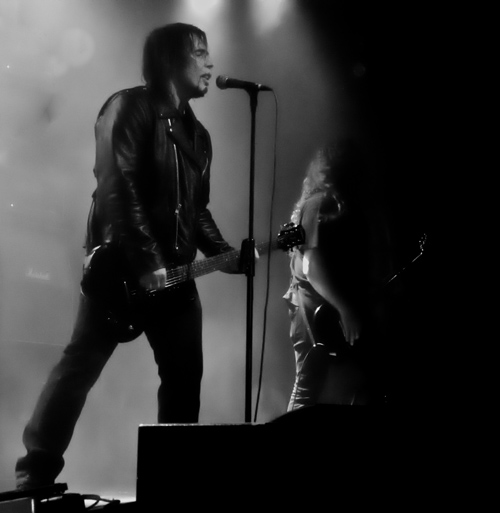 We were in for a fun night at Byscenen in Haugesund, Norway.

Monster Magnet gave us Spine of God in all it’s glorious 1991 nostalgia, it was great! Wyndorf still has a great voice and a tremendous stage presence.

We got a band with their punk roots on their sleeve, they sounded like a detroit garage band at times and spaced out stoner rock the next. 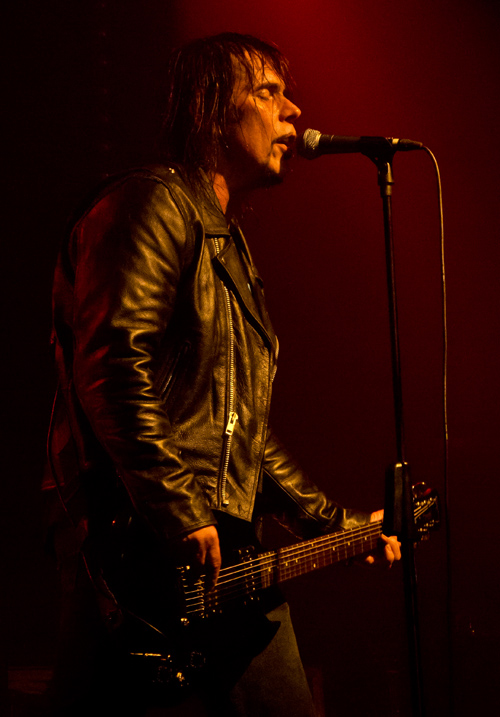 The highlights of the concert for me was Zodiac Lung, Spine of God, Snake Dance and a heavy Ozium. Of the encores a frantic rendition of Tractor was a standout. 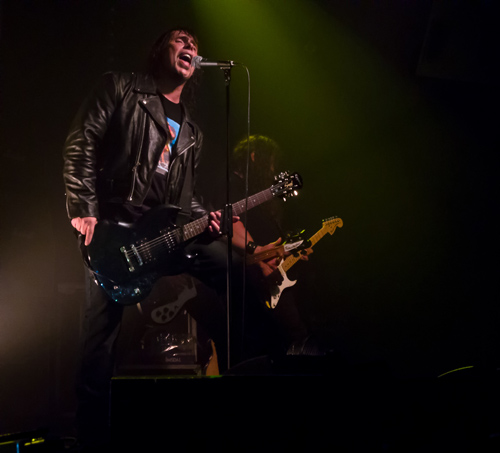 Spine of God (from allmusic):
by Jason Ankeny

The metal album for people who hate metal albums. A glorious and unapologetic celebration of pure indulgence, Spine of God is the ultimate stoner goof, a brilliant satire of headbanger culture so pitch perfect that it’s almost tempting to take it at face value. Bearing the warning “It’s a satanic drug thing…you wouldn’t understand,” the record is a complete mind-f*ck — the production is positively viscous, a hallucinatory sludge of echo-drenched vocals, bone-rattling drums, and reverbed guitars which seem to stretch on into infinity; frontman Dave Wyndorf is like a shamanic idiot savant floating in a sea of bongwater, growling proclamations like, “If Satan lived in heaven, he’d be me” in the midst of deadpan fantasy freakouts which name-check every teenage metalhead staple, from Led Zep to Playboy to whippets. (There’s even a toweringly psychedelic ode to everyone’s favorite room deodorizer, “Ozium.”)

Monster Magnet’s genius is that their music speaks directly to the audience it’s poking fun at — Spine of God’s sheer sonic intensity is brain-warping stuff even without chemical additives, and its themes of sex, drugs, and evil are so hilariously over the top that it’s impossible not to be charmed by the absolute mindlessness of it all. No matter what, proof positive that the road of excess leads anywhere but the palace of wisdom. 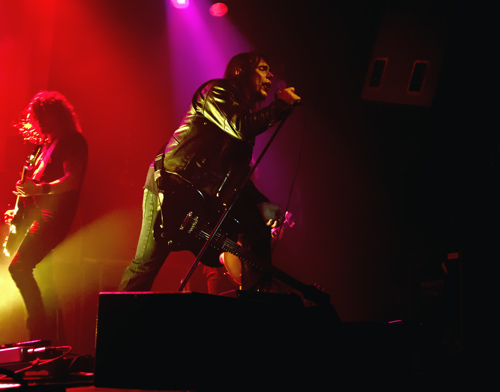 “Imagine what kind of music the (un)holy trinity of Sabbath, The MC5 & Hawkwind would make blended together

No, in fact, don’t imagine it – just get hold of this album.”- Julian Cope (on Spine of God) 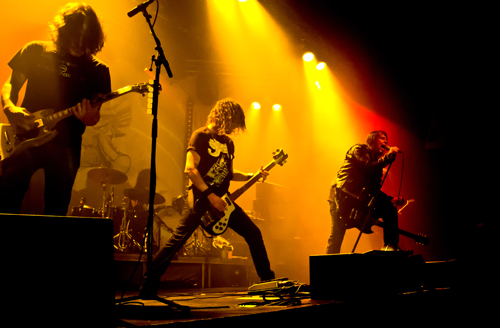 ‘Goofballs & 70’s nipples…bought another copy of Zoso, seeds were bustin’ up the spine….Think I’ll wet my pants doing whippets.’ (Lyrics Nod Scene)
Monster Magnet let us in on the joke(?) and get it just about perfect. 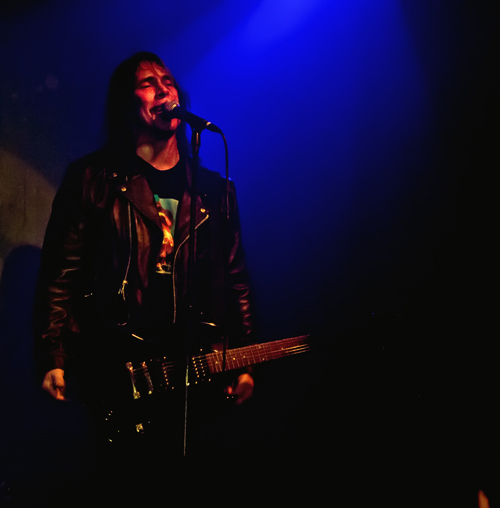 They kept serving us one psychedelic metal classic after another, and the time just fled. It’s so great when a band manages to transport you into their universe. 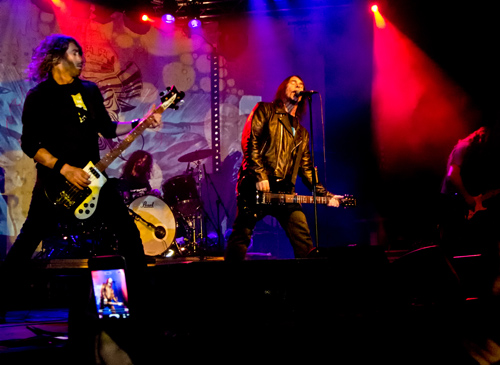 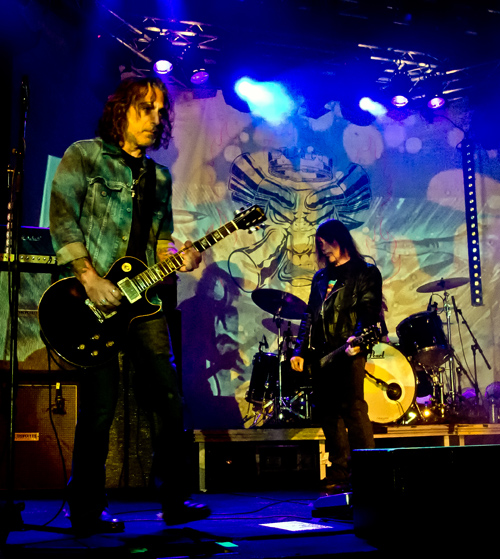 Your first thoughts on hearing ‘Ozium’ may be that it could have been on Sabbath Bloody Sabbath (Ozzy-um, anyone?) Well, there’s a lushness, string sounds, a softly strummed riff &, whisper it – keyboards. In fact, Wyndorf almost sounds happy as his voice glides in with an incredibly catchy melody, so what‘s happened??

Just enjoy the temporary break your ears and mind are getting. You get a few minutes of trippy build-up with hints at what‘s to come, including a great chorus. Then about the 4 minute mark, it all kicks off. Volume increases, the guitars get more fuzzed-up, vocals likewise. Blink and you’ll find yourself in another space-rock masterpiece – normal Monster Magnet service has been resumed. 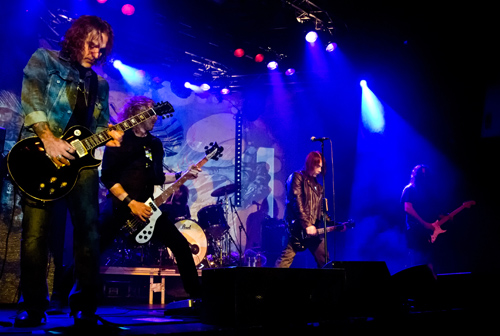 Another great night out in Haugesund! 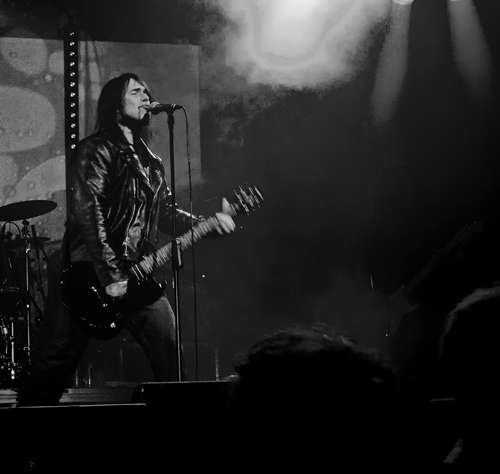