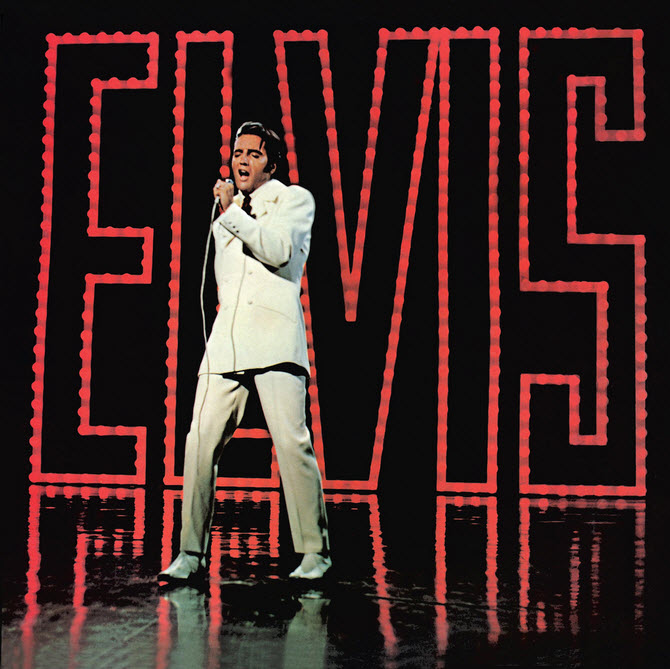 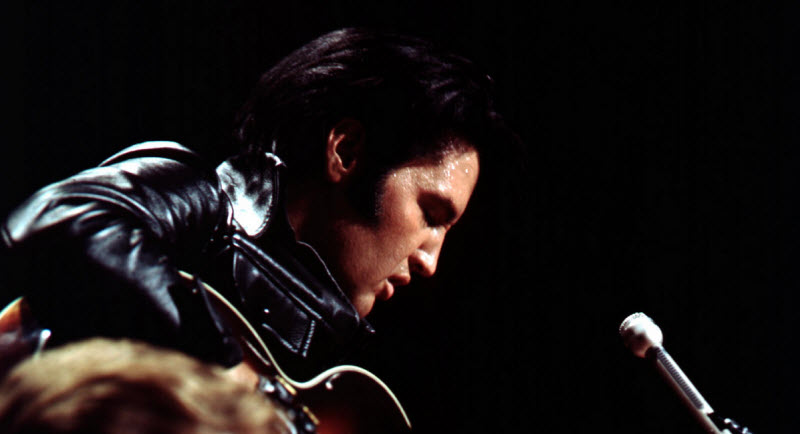 …   Although he exhibited more nerves than he ever had in the past — a combination of the importance this chance obviously presented plus the large gap between the psychedelic music culture of 1968 and the rather quaint rock & roll of ten years earlier — Elvis delivered an incredible performance throughout the television special. His vocal performances were loose and gutsy, and his repartee was both self-deprecating and sarcastic about his early days as well as his moribund film career (“There’s something wrong with my lip!…I got news for you baby, I did 29 pictures like that”). He was uninhibited and utterly unsafe, showing the first inkling in ten years that there was life and spirit left in music’s biggest artistic property. The resulting LP, NBC-TV Special, combined sit-down and standup segments, but probably over-compensated on the standup segments. What impresses so much about NBC-TV Special is how much it prefigures the rest of Elvis’ career. Dramatic, intense, driven, and earthy, frequently moving, but not without the occasional cloying note, Elvis during the ’70s was the apotheosis of rock music, a righteous blend of rock and soul, gospel and pop, blues and country…
~Read more over @ allmusic.com 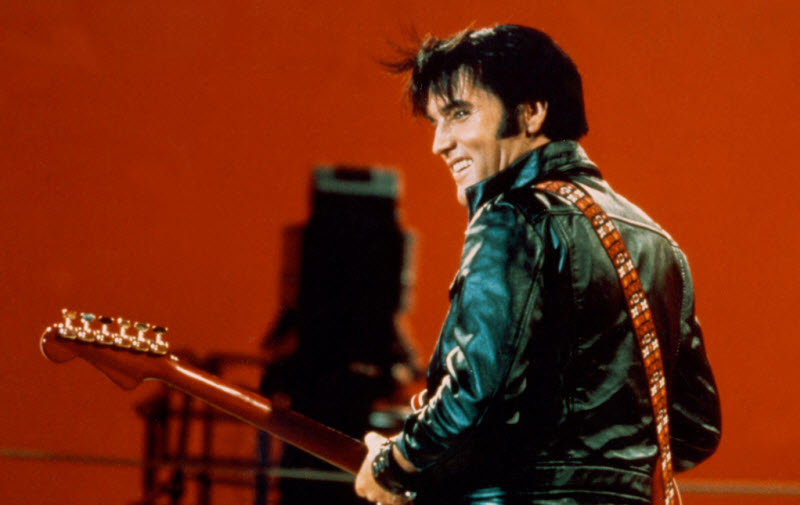