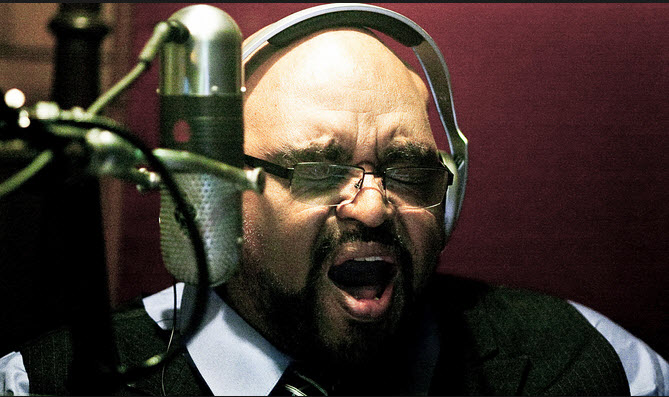 Even in the ‘60s, to use such a deplorable term really, you could turn on the radio and hear Otis Redding or Wilson Pickett or Percy Sledge or Solomon Burke. These people were making popular records. Well, that’s no more.
~Bob Dylan (to Gary Hill, October 1993)

Today is the late Solomon Burke’s birthday. We celebrate the King of Rock ‘n’ Soul with three Bob Dylan covers.

In an interview given backstage in Nashville on December 2, 1978, Dylan discussed the one new original he was playing consistently at these shows – which he called ‘Baby, Am I Your Stepchild?’ – telling said interviewer, ‘It’s a more simplified version of just a man talking to a woman, who is just not treating him properly.’ Five days later, he claimed it was written some six months earlier. after ·a horrible love affair’.
~Clinton Heylin (Still on the Road: The Songs of Bob Dylan Vol. 2, . 1974-2008

You mistreat me, baby, I can’t see no reason why
You know that I’d kill for you, and I’m not afraid to die
You treat me like a stepchild
Oh, Lordy, like a stepchild
I wanna turn my back and run away from you
but oh, I just can’t leave you babe

From the album “Don’t Give Up On Me”

Quinn The Eskimo (The Mighty Quinn)

Ev’rybody’s building the big ships and the boats
Some are building monuments
Others, jotting down notes
Ev’rybody’s in despair
Ev’ry girl and boy
But when Quinn the Eskimo gets here
Ev’rybody’s gonna jump for joy
Come all without, come all within
You’ll not see nothing like the mighty Quinn

From “Proud Mary: The Bell Sessions”