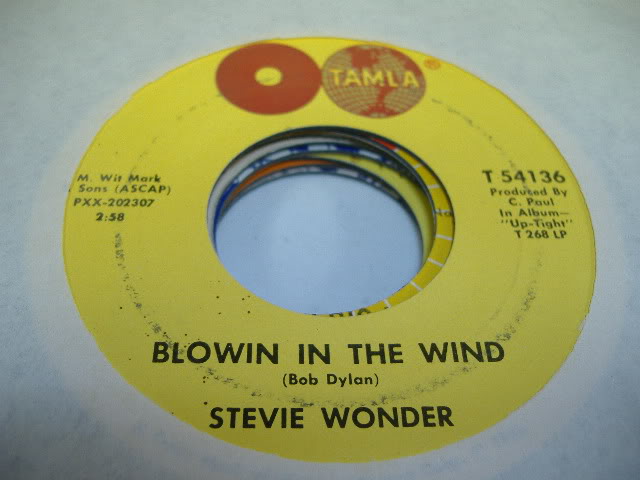 The Best Dylan covers: Stevie Wonder – Blowin’ in the wind

“Blowin’ in the Wind” is a song written by Bob Dylan in 1962 and released on his album The Freewheelin’ Bob Dylan in 1963. Although it has been described as a protest song, it poses a series of rhetorical questions about peace, war and freedom. The refrain “The answer, my friend, is blowin’ in the wind” has been described as “impenetrably ambiguous: either the answer is so obvious it is right in your face, or the answer is as intangible as the wind”. 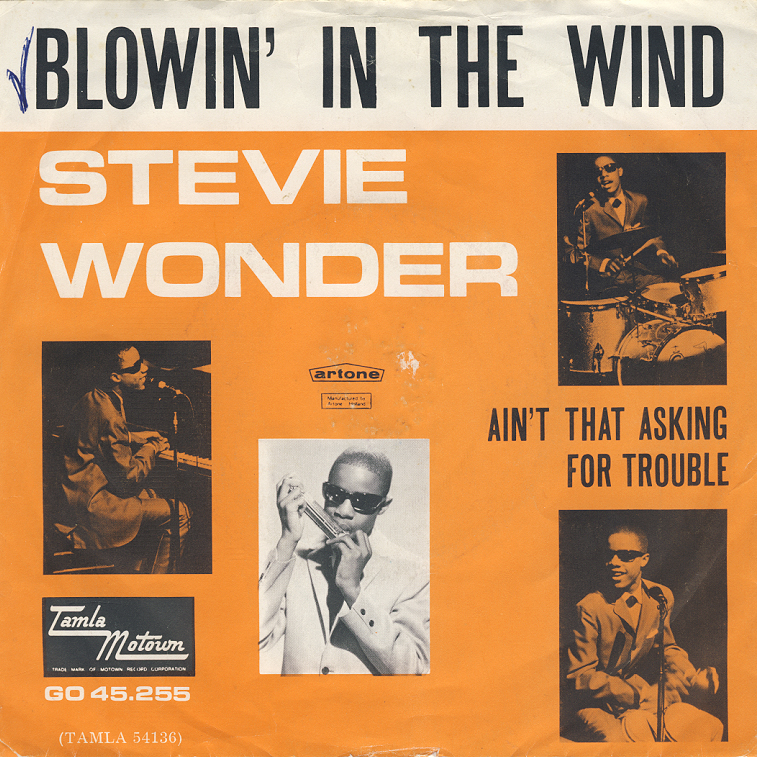 “Blowin’ in the Wind” has been covered by hundreds of artists. The most commercially successful version is by folk music trio Peter, Paul and Mary, who released the song in June 1963, three weeks after The Freewheelin’ Bob Dylan was issued. Albert Grossman, then managing both Dylan and Peter, Paul and Mary, brought the trio the song which they promptly recorded (on a single take) and released. Stevie Wonder released the one of the best cover versions of a Dylan song ever done by any artist when he released Blowin’ in the Wind in 1966.
Glen Campbell and Stevie Wonder (Goodtime Hour Show Feb 19, 1969), clip from Tiger by the tail and Blowin’ in the wind:

“During the ’60s, young Stevie Wonder was concerned with world events, a watchfulness that would fuel some of the singer/songwriter’s best sides of the ’70s and ’80s. His mentor/assigned producer Clarence Paul sung him the socially relevant ballad “Blowin’ in the Wind” written by Bob Dylan. The song had been a 1963 number two pop hit for Peter, Paul and Mary. Wonder began performing “Blowin’ in the Wind” in concert. One time Wonder couldn’t remember the second verse and Paul appeared on stage coaching him. Wonder decided that Paul would duet with him every time he sang the song. After performing the song for two years, the audience demand grew to the point that Wonder had to commit his cover to wax.”
– Ed Hogan (Allmusic)


Stevie Wonder – Blowin’ in the Wind Bob Dylan – Live at the 30th Anniversary, where Wonder talks about how sorry he is that the song is still relevant, fantastic version!:

Wow, so many wonderful renditions!