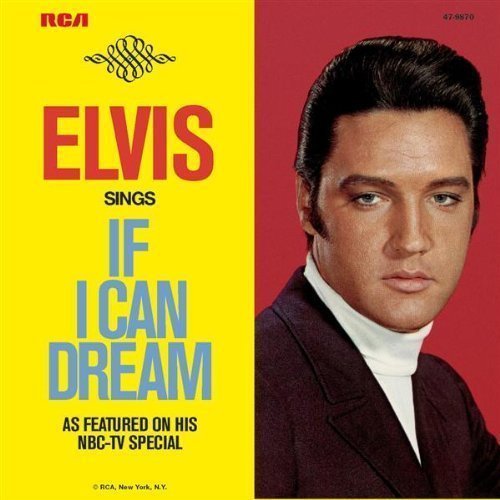 “If I Can Dream” is a song made famous by Elvis Presley, written by Walter Earl Brown and notable for its direct quotations of Martin Luther King, Jr. It was recorded by Presley in June 1968, two months after King’s assassination. The recording was first released to the public as the finale of Presley’s ’68 Comeback Special.

Although the song is not technically gospel music, Presley performed the song with the intensity and intonations of southern gospel. It has since appeared on various Presley gospel and/or inspirational compilations

Music, for me is all about feelings, about emotions. I Like Elvis but I never thought he could give me chills up my spine, literally. I’ve never, ever heard a better interpretation of a song. It is unbelievable!

Elvis is often regarded as a joke, yes, really. It is so fuckin’ frustrating, when you “have seen the light”, there have never been a better interpreter of songs. He is “black” to the soul, he has the Appalachian white trash country in his spine. He combines his experiences into a way of delivering songs that are out of this world!

It’s astonishing seeing him after the take, just stopping and asking for another take. It looks so rehearsed, so rigid, until we see that its really a live take, a live moment! It’s incredible, and it’s art on the highest level.

This is just as valuable to me as Munch’s Scream, Picasso’s Guernica or Bob Dylan’s Simple twist of faith.